Houses were “a very important symbol socially and a focus of life at Catal,” he said. “Maybe they were trying to draw the relationship between them and the house but it’s not easy to make sense of it. We have to do more work on it.”

Catalhoyuk — where people occupied mud-brick houses from about 7400 B.C. to about 6000 B.C. — is 60 kilometers, or 37 miles, southeast of Konya in central Turkey. The area is dotted with gently rising mounds that obscure the ancient roots of urbanization and draw archaeologists from around the world.

An international team of people from 22 countries worked on the site this year, led by experts based at Stanford University in California and University College London in Britain, and backed by sponsors like Boeing, Shell and the Turkish bank Yapi Kredi.

The area was first excavated in the 1960s by another Briton, James Mellaart, now 85, who established that it had been home to an advanced culture of people transitioning from a nomadic hunter-gatherer lifestyle to a more settled farming life.

Their houses were uniformly rectangular, and entered by holes in the roof rather than front doors. Each had a hearth and an oven, plus platforms that seemed to have been used for sleeping. When a new house was needed, it was built atop the old one. The houses also served as cemeteries: The dead were buried beneath the floor. 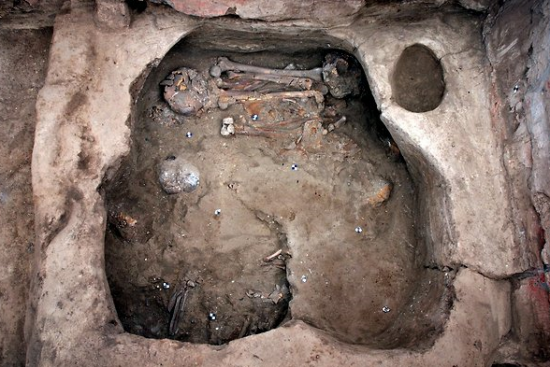 Another find this summer was a row of 11 handprints inside a house and above a burial platform. Still another was the discovery of a young calf’s head that had been painted red and installed in a house, above a platform that covered nine burials. 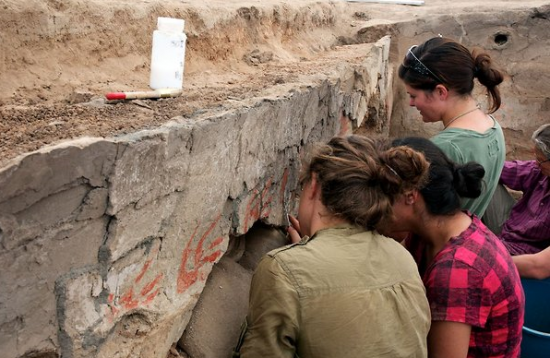 “One sort of pattern that we noticed is that the paintings seem to be concentrated around burial platforms,” Dr. Hodder said. “We don’t really understand what that relationship is. Is it a way to communicate with the dead? Another idea would be that the paintings are there to protect people from the dead, or to protect the dead from people.” 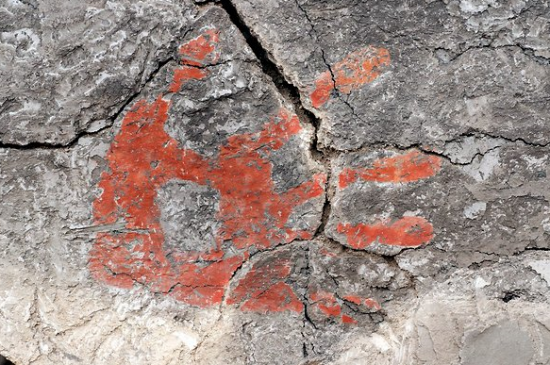 Over more than 1,400 years, as many as 16 layers of housing were formed, each serving as many as 8,000 people. Dr. Hodder’s team has dug through all 16 layers to reach a lake bed from the Pleistocene era.

“From the excavations to date,” said Shahina Farid, the project’s field director from University College London, “we find that all of the houses are built up against each other. There are no streets or alleys. It was a very dense population. But a lot of activity would have taken place at the roof level. And the traversing would have been at the roof level as well. And in between groups of houses were these open areas where they chucked out their rubbish. It’s those areas that are the richest for us because they actually kept their houses very clean.”

For Ms. Farid, deciphering the inscrutable is part of the appeal.

“Archaeology will always engage people because it’s putting a puzzle together,” she said during an interview at the site. “And it’s a puzzle we will never, ever complete.”

“There are always going to be missing pieces and it’s that sense of awe — that there are things we do today that people were doing 9,000 years ago. You can’t help but be awed by that.”

“We are trying to understand why they chose this spot to live. We look at what we call their art. Why were they so interested in bulls? 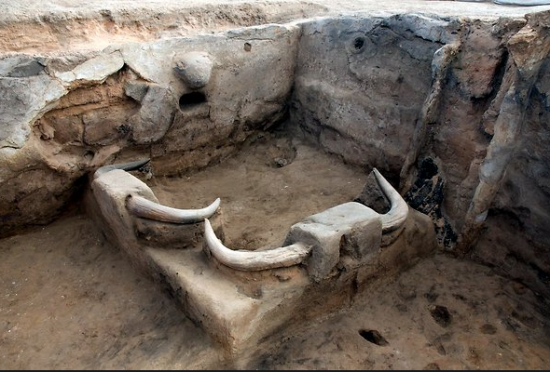 If it sounds a bit like detective work, it is. The team even has a fire forensics expert working with the site.

“Archaeology is a bit like C.S.I.,” Ms. Farid said, referring to the Crime Scene Investigation television series. “There are certain things we know happened. A wall is a wall is a wall. But someone else might turn up and say why do you think that’s a wall? And you look at them and you think, well, it’s mud-brick and it’s a wall. Sometime in the future someone will start questioning why we interpreted something as a wall. But for now, we can only interpret based on the data that we have at hand.”

Dr. Hodder, now with Stanford, has been researching at Catalhoyuk since 1993, with a 25-year permit granted by the Ministry of Culture and Tourism, and under the auspices of the British Institute of Archaeology at Ankara. The project’s assistant director is Serap Ozdol from Ege University in Izmir.

Officially, their goals are threefold: to excavate the site, to conserve it and its finds and to present it to the public.

The terrain should be ripe for discoveries in the years to come. “We’ve only excavated 4 percent of Catal,” Dr. Hodder said. “What we’ve done is like digging a very small part of New York and then inferring from that what life was like.”

From a third to one-half of the people digging at the site are Turkish, he said. “I see it as an increasingly Turkish project and we hope to hand it over ultimately to a Turkish team.”  ...