Into the Stone Age With a Scalpel: A Dig With Clues on Early Urban Life

A pair of space-age shelters rising from the beet and barley fields of the flat Konya Plain are the first clue to the Catalhoyuk Research Project, where archaeologists are excavating a 9,000-year-old Neolithic village. 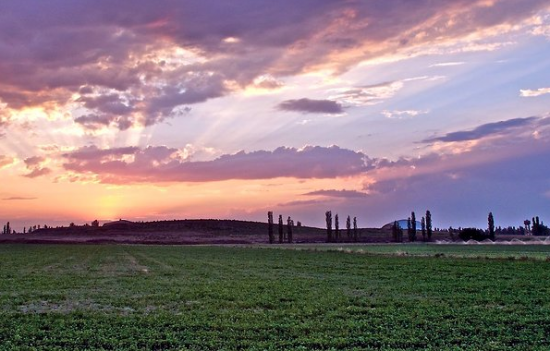 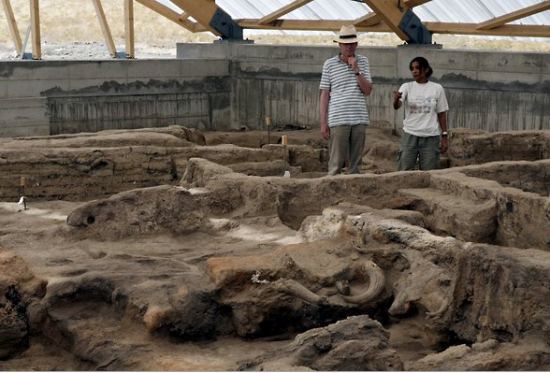 The experts, armed with scalpels, gingerly scraped away micro-layers of white plaster from a wall deep in the dig last month to reveal what the project director, the British archaeologist Ian Hodder, called a “very exciting” and “particularly intriguing” painting with deep reds and reddish oranges thought to be made with red ochre and cinnabar. 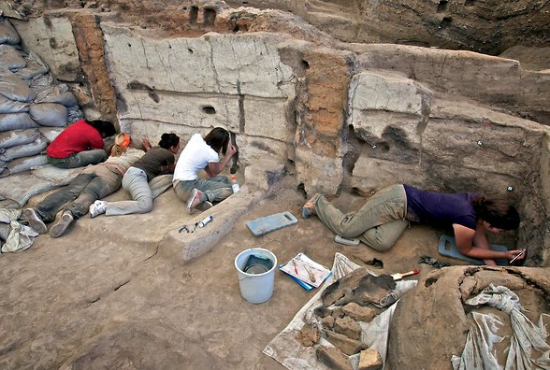 “We were taking off many, many layers of plaster and we have a program where a joint team of Turkish and British conservators try to take them off one by one, so it’s extremely slow-going,” Dr. Hodder said this week by telephone.

“I got called over to where they were working because they saw some paint. The pattern initially didn’t look like very much: We often find just specks of paint or a wall of all-red paint. But this time it gradually emerged that this was a complete painting, and the best preserved painting that I’ve ever seen at Catalhoyuk, with wonderfully fresh, bright colors and very neat lines.” 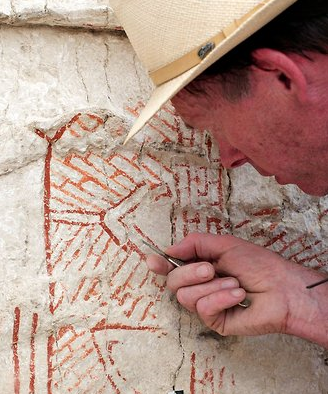 Word of the discovery spread quickly through the international team on site as more of the painting was exposed.

“It is by far the most intricate and elaborate painting we have found during our excavations here since the mid-90s,” Dr. Hodder said. “We’ve been waiting quite a long time for something so elaborate.”

But Stone Age paintings don’t come with labels explaining what they are.

“An interesting aspect of some of the paintings at Catal,” Dr. Hodder said, “is that they are very enigmatic and full of ambiguity and difficult to read. 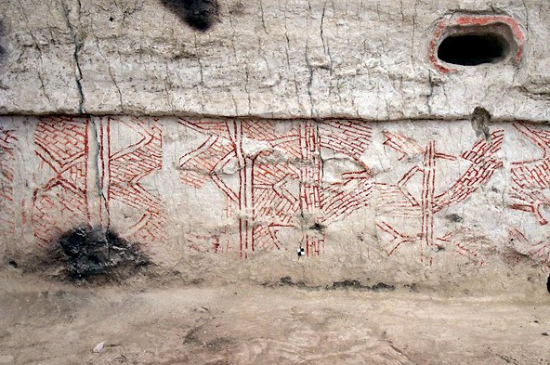 “But the two main contenders for what this new discovery might show are that it’s simply a geometric design whose meaning is not clear,” he said. “An alternative is that it’s not just a geometric design, but that it is a representation of bricks, some sort of structure,” maybe an early blueprint of some sort.