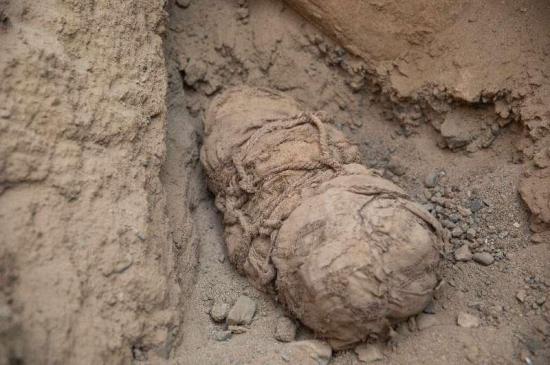 The tiny skeletons, wrapped tightly in cloth, were found in the grave of an important man.

The tiny skeletons, wrapped tightly in cloth, were found in the grave of an important man, possibly a political figure, discovered last November at the dig site of Cajamarquilla about 24 kilometers (15 miles) east of Lima.

"The children could be close relatives and were placed... in different parts of the entrance of the tomb of the (nobleman's) mummy, one on top of the other," archaeologist Pieter Van Dalen, in charge of the dig, told AFP.

"The children, according to our working hypothesis, would have been sacrificed to accompany the mummy to the underworld," says Van Dalen.

Six mummified children thought to have been sacrificed hundreds of years ago, apparently to accompany a dead nobleman to the afterlife, have been unearthed in a tomb near Lima, archaeologists reported. Nearby, the team also found the bones of seven adults who had not been mummified, as well as the remains of llama-like animals, and earthenware.

The remains of the supposed nobleman were found last year in a tomb some three meters (9.8 feet) long and 1.4 meters deep in Cajamarquilla, one of the largest archaeological complexes near Lima. 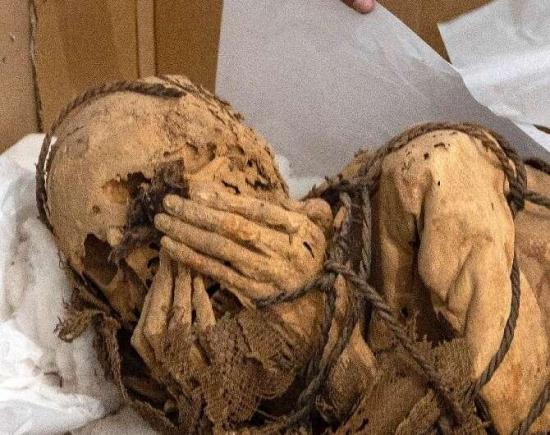 The mummy of an important man, thought to have been about 20 when he died, was found at the complex l

The nobleman is thought to have been about 20 when he died and was entombed with his hands covering his face, and tied up with rope.