Villegas believes it was only a matter of time before a boat of this size was found, pointing out the historical accounts about similarly grand Filipino vessels.

For example, Pigafetta also documented the existence of a boat fit for a king: "We saw come two long boats, which they call Ballanghai, full of men. In the largest of them was their king sitting under an awning of mats," he wrote. 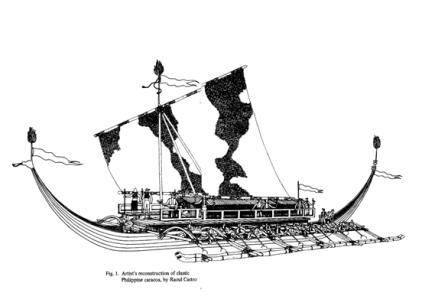 Scott also hinted at the existence of even more impressive vessels: "The most celebrated Visayan vessel was the warship called karakoa, (which) could mount forty (meter-long oars) on a side."

"The care and technique with which (Filipinos) build them makes their ships sail like birds, while ours are like lead in comparison," Scott quoted a Spanish priest as having written in 1667.

However, no large Filipino vessels have been discovered and excavated – until now, if the Butuan "mother boat" is indeed of ancient origins.

"Historians have always known there were other (large) boats. We should expect to find big boats because (we know) they existed," Villegas said.

"It's just that the National Museum only now has the funds to do the excavations. There's a lot to be found even just in Butuan," he added. 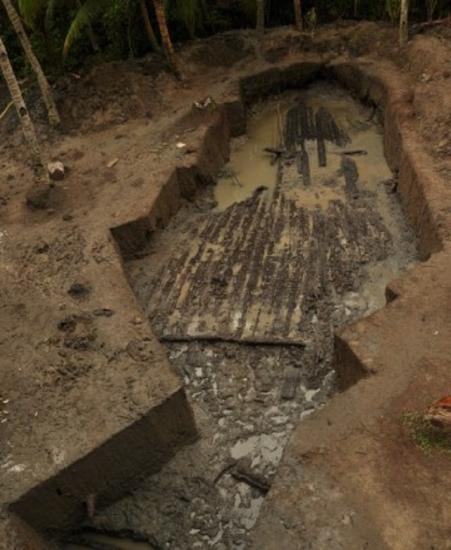 Dr. Bolunia and her team plan to return to Butuan in September to complete the excavation, and hopefully to date the massive new find.

They also plan to take a core sample from the ground in the hopes of answering one of the biggest mysteries surrounding the Butuan balangays.

Dr. Bolunia explains that the archeological site, although now inland, was once an alcove that opened out to the sea. She says that all the balangays were found "drydocked" on what was once the Butuan seashore.

That the vessels were so well preserved is largely because they were buried intact, and the submergence of the area over succeeding centuries kept the wood from decaying.

But exactly how did the Butuan balangays get buried there in the first place?

Dr. Bolunia says there are two competing theories: either the boats were intentionally buried, or they were left behind after a sudden cataclysm  – such as a landslide from an earthquake.

If the boats were purposely abandoned, why did the builders take the trouble of burying them? But, on the other hand, where is the evidence of any natural calamity that might have befallen the boats and their builders?

These are among the many remaining questions that face probers of the Philippines' ancient past. If Dr. Bolunia's hunches are correct about the latest find in Butuan, the mother boat could be the key to unlocking answers about how our Filipino ancestors lived, explored, and fought.  — with Howie Severino/ELR, GMA News