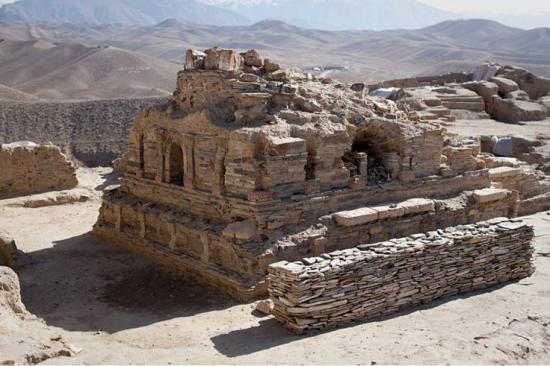 Around 600 large Buddha statues and frescoes showing scenes from the life of the Buddha, have been unearthed to date from the ancient city of Mes Aynak in Afghanistan, but the site is enormous and many more treasures are expected to be buried beneathWikimedia Commons

A 2,000-year-old Buddhist city, Mes Aynak in Afghanistan, rich in stupas, shrines and monuments could be razed to the ground if a Chinese mining company is allowed to prospect for huge copper reserves on which the city sits.

The massive 500,000 square metre area straddling a 5,000-year-old Bronze Age settlement sat on what was once the cultural crossroad linking Asia to the Mediterranean.

An estimated $100bn (£66bn) worth of copper lies locked within Mes Aynak.

Around 600 large Buddha statues, and frescoes showing scenes from the life of the Buddha, have been unearthed to date, but the site is enormous and many more treasures are expected to be buried beneath.

"Some believe future discoveries at the site have the potential to redefine the history of Afghanistan and the history of Buddhism itself," reports Saving Mes Aynak.

The Afghanistan government and a Chinese state-owned mining company, the China Metallurgical Group Corporation, plan to mine the area. To reach the deposit, the site along with six surrounding villages have to be destroyed, reports Popular Archaeology.

The company plans to use open-pit mining, which is one of the most environmentally destructive style of mining that often leaves behind a trail of destruction, including erosion, tailings, groundwater contamination by chemicals, etc.

Afghan archaeologist Qadi Temori and American documentary film director Brent Huffman are working to raise international pressure on the company and the Afghanistan government in a bid to buy more time for archaeologists to retrieve and preserve the monuments before the site is destroyed.

The Saving Mes Aynak team has launched a crowdfunding campaign on Indiegogo.

The campaign hopes to persuade Afghanistan President Mohammad Ashraf Ghani to spare the site from destruction via designation as a Unesco World Heritage Site.

Discovered in 1964, political upheaval in the region prevented the site from being excavated. In 2004 French archaeologists who returned to the site reported that it had been extensively looted.

Located 25 miles southeast of Kabul near the Pakistan border in the Taliban-controlled Logar Province, it lies on a major transit route for Pakistani insurgents.

The Buddha statues of Bamiyan were dynamited and destroyed in March 2001 by the Taliban after being declared as idols. Bamiyan too lies on the Silk Road.

The minerals were deposited in the region during the violent collision of the Indian subcontinent with Asia. 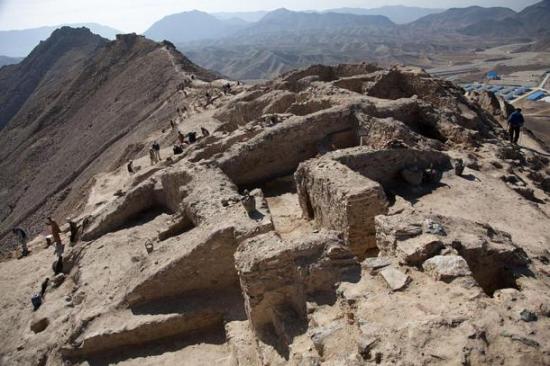 The excavated parts of Mes Aynak, which comprises a fraction of the entire settlement believed to house many more Buddhist treasuresWikimedia Commons