This mummy seems to be missing a brain and other vital organs, new images reveal, and the finding suggests the man held a high status when alive 2,500 years ago in ancient Egypt.

The images indicate that embalmers removed the man's brain and major organs and replaced them with rolls of linen, a superior embalming method used only for those of high status, researchers at the Smithsonian Museum of Natural History said in a statement. 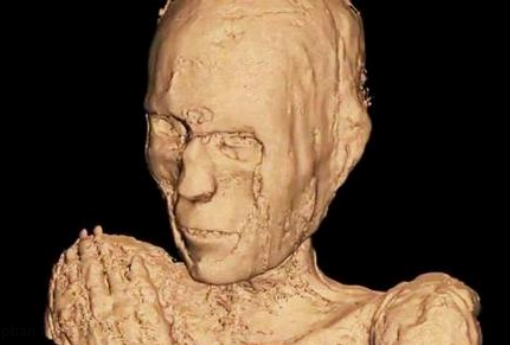 When this mummy was transferred to the Smithsonian from the Wistar Institute in Philadelphia in the late 1950s, it was partially unwrapped, and very little was known about the individual, until now.

The new images suggest the mummy was a male who died at age 40 (a relatively mature age by ancient Egyptian standards), and who lived in Lower Egypt sometime between the 20th and 26th dynasties. 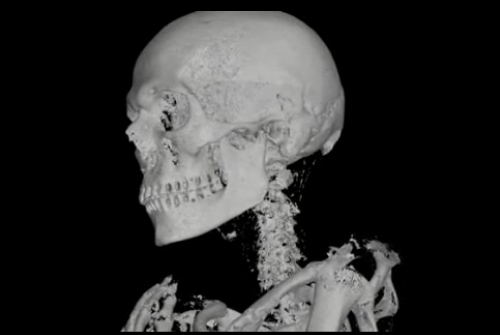 The images were taken with a CT scanner, which uses X-rays to generate three-dimensional images of the inside of an object, or mummy in this case. [See video of 3-D mummy]

This and other CT images of human and animal mummies will be displayed on a website to accompany a newly expanded exhibition at the Smithsonian National Museum of Natural History, called "Eternal Life in Ancient Egypt." The exhibition opened April 5, and the Web-based images and videos will be posted and additional mummies will be on display starting Nov. 17.

The exhibition will explore ancient Egyptian life, religious beliefs and how burial practices serve as windows into ancient cultures, revealing how archaeologists and physical anthropologists gain these insights through their research.

CT scanning is fast becoming an important tool in an archeologists' toolkit, since it allows them to view the innards of precious objects without disturbing them. For instance, researchers at the University of California, Irvine, used CT scans to diagnose several mummies with heart disease and blocked arteries.  CT scans of mummies' skulls are also enabling artists to construct detailed recreations of 3,000-year-old faces like that of the Iceman mummy.