Board Games Originated as Elite Pastime

Board Games Originated as Elite Pastime

Board games began as an exclusive pastime for the elite, with the Roman Empire spreading their popularity throughout Europe.

Competitive board games -- played on the ground, on the floor, or on boards -- emerged as pastimes for the elite, with the Roman Empire spreading their popularity throughout Europe, according to a new study.

The study, published in the journal Antiquity, mentions that board games likely originated and disseminated from Egypt and the Fertile Crescent regions at around 3500 B.C. From there, they spread around the Mediterranean before reaching the Roman Empire and what is now Europe.

Based on the archaeological record, board games didn't even reach Britain until the very end of the 1st century B.C. from newly conquered Gaul. At the time, Gaul was a region encompassing present-day France, Belgium, most of Switzerland and other areas.

Not just anyone could play board games then either.

"Many of the first board games appear to have been diplomatic gifts to signify status," co-author Mark Hall told Discovery News. "We have early examples of quite splendid playing pieces belonging to elite, privileged people."

Hall said the world's oldest known board game could be "The Royal Game of Ur," also known as the Game of Twenty Squares. It was discovered in the Royal Tombs of Ur in Iraq. Although no one knows what the earliest rules for the game were, it's thought to have been a predecessor to today's backgammon.

Yet another early game was Senet from predynastic Egypt. Its game board, an example of which was found in King Tutankhamen's tomb, consists of a grid of 30 squares, arranged in three rows of 10. The earliest rules again are a mystery, although different versions of the game are still played today. 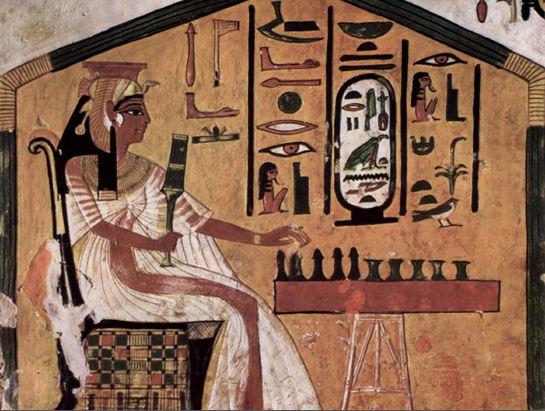 As the popularity of such games spread, the names often reveal a connection to the Roman Empire. Hall, an historian at the Perth Museum & Art Gallery, and colleague Katherine Forsyth say many derive from the Latin word "tabula," meaning gaming board or counter.

The researchers point out that, in the U.K., no archaeological evidence supports the existence of board games until the first century B.C. One of the most significant finds shortly thereafter of early gaming equipment in Britain, they say, comes from the so-called Doctor's Grave of Stanway in Colchester, England. The grave, dated to 40-50 A.D., contained a gaming board with 26 glass counters, apparently laid out on it as if for play.

"Although the board games followed on the coattails of the Roman conquest of Europe, they came to reflect the cultural and social contexts of particular regions," Hall said. 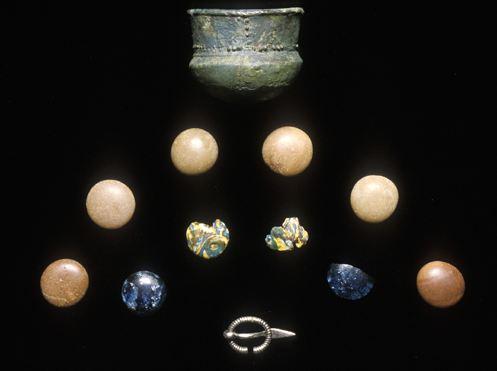 One of the key ancient board game finds is this set of Romano-British glass gaming pieces from a second- to third-century grave at Tarland, Aberdeenshire, Scotland. The pieces represent a mix of indigenous and Roman influences. National Museums Scotland

Early playing pieces from places like Scandinavia and Scotland took on stylistic elements of the cultures of those regions. For example, two face-decorated stone cones were found within a dry stone, hollow-walled structure from the 5th to 7th century A.D. Shetland, Scotland. The anthropomorphized pieces have a distinctly Celtic look. 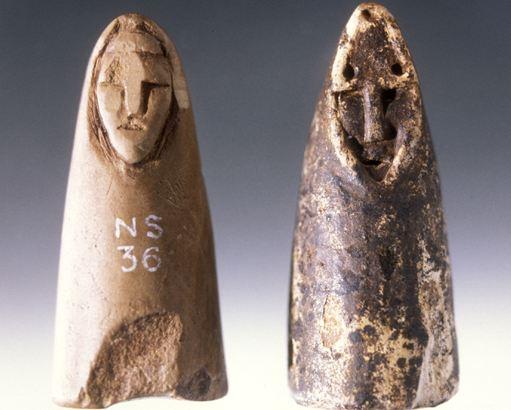 Bruce Whitehill, founder of the Association of Game & Puzzle Collectors and the inventor of numerous board games, added that the origin of many ancient games may also be traced to China and India.

"The Game of India, one of the most widely played games in the world, is centuries old, though its date of origin is still a matter of speculation," he pointed out.

He continued that "Go," an ancient game from China, "became the national game of Japan and has earned a great following in the United States."

No other board games were manufactured for the next 21 years in the country until a small Massachusetts publishing company produced a then-popular game called "The Mansion of Happiness" that had a moral theme.

Whitehill explained, "Those who pursue vice are punished (sent back on the board) and those who possess admirable virtues are rewarded."