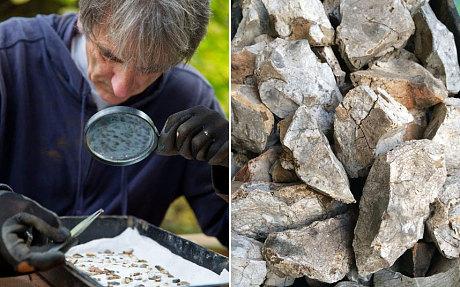 The earliest Mesolithic encampment at Stonehenge has been discovered in a University of Buckingham archaeological dig and it will reveal for the first time how Britain’s oldest ancestors lived – but it could be damaged if Government plans for a tunnel at Stonehenge go ahead.

Charcoal dug up from the encampment, a mile and a half from Stonehenge, has been scientifically tested and reveals that it dates from around 4,000BC. The dig has also unearthed evidence of possible structures, but further investigation is needed to see in more detail what these features in the only untouched Mesolithic landscape in the Stonehenge World Heritage Site contain.

There is also evidence of feasting – burnt flints and remains of giant bulls – aurochs –  eaten by early hunter gatherers, as well as tools.  A natural spring at Blick Mead would have been the attraction for both people and animals. The combination of a water of a constant temperature and a rare algae also produced the only colour-changing stones, which change from brown to pink, found at any archaeological site in the country. 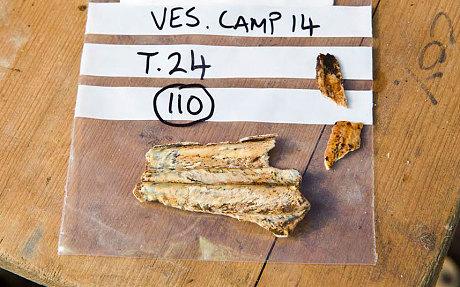 A shard of bone found at the site

Archaeologist David Jacques, who made the discovery on a dig which launched the University of Buckingham’s MA in Archaeology in October, said: “This is the latest dated Mesolithic encampment ever found in the UK.  Blick Mead site connects the early hunter gatherer groups returning to Britain after the Ice Age to the Stonehenge area all the way through to the Neolithic in the late 5th Millennium BC.”

“Our only chance to find out about the earliest chapter of Britain’s history could be wrecked if the tunnel goes ahead.”

Andy Rhind-Tutt, of Amesbury and chairman of the Amesbury Museum and Heritage Trust, added: “Traffic congestion to one of the country’s most visited attractions will not be solved by a tunnel with one exit lane. Any tunnel would need to be motorway standard, and even with four lanes there would still be tailbacks.

What we already know about how and when Stonehenge came to be built is examined in a new Stonehenge MOOC, launched today(Friday) and  run by the University of Buckingham.