For about 250 years, our species has been known as Homo sapiens, a scientific name in Latin that means "wise man."

Given the havoc humans are wreaking on natural systems, putting ourselves and so many other living things in peril, we don't deserve this name, contends Julian Cribb, an Australian science writer and book author. In a letter published in the Aug. 18 issue of the journal Nature, Cribb makes a proposal.

"Changing our species name might risk infringing some of the hallowed rules of nomenclature, but it would send an important signal about our present collective behavior," he writes.

Cribb has no suggestion for a new name, "because I want humanity at large to discuss this issue — not just scientists," he said in an email to LiveScience.com.

Meanwhile, some scientists have a name for Cribb's suggestion. They call it silly.

Cribb's brief proposal cites a study published in Nature in 2009 that suggests humans must avoid crossing "planetary boundaries" — thresholds set within arenas such as climate change, biodiversity loss and chemical pollution — to avoid catastrophic consequences. The authors of the study suggested that of the ten systems represented, humans had already gone too far in three.

One of the authors of this research, Sander van der Leeuw, a professor of anthropology and sustainability at Arizona State University, called the proposal to change our species name unproductive.

"My feeling is that we have much more serious issues to deal with than to start worrying about things like this," van der Leeuw said. "We have a huge task ahead, and so let's focus on the future rather than start dealing with these kinds of issues of the past."

Humanity was named Homo sapiens by Carl Linnaeus, the father of the modern system for classifying organisms, in 1758.

"You can't just go out and change a name," said Ellinor Michel, the executive secretary of the International Commission on Zoological Nomenclature, the entity that regulates the system for naming animals. She explained that the system in place gives priority to the oldest established name. "That is why people are asked to behave nicely when they give names."

Michel has heard this suggestion before. In 2008, for instance, she received a petition from a Pennsylvania-based group, Responsible Policies for Animals Inc., to change our species name to Homo complexus — a change the group said would establish humans' complexity, rather than their wisdom, as their defining trait.

"I’m dismayed to see it creeping into Nature," Michel wrote in an email, referring to the proposed name change. "Though it is vaguely amusing."

If our subspecies identifier is included, humans are called Homo sapiens sapiens. Some who interpret Homo sapiens more inclusively use the extended name (which would mean "wise wise man") for modern humans, grouping Neanderthals, our once closest living relatives, under Homo sapiens neanderthalenis, according to Bernard Wood, an anthropologist at George Washington University. 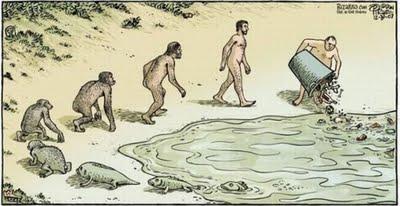