A team of archaeologists excavating at the ancient site best known as Bethsaida not far from the northeastern shore of the Sea of Galilee have encountered what they suggest may be what is left of an escape tunnel that was used by the city’s royal elite during the times of ancient Israel and Judah.

Though it is still very early in the investigation process, one entrance of the tunnel has been located, and collapsed structural debris and ground penetrating radar images have indicated possible evidence of the suspected tunnel area extending from an ancient palace structure out to an outer city wall. Similar features have been found at other ancient sites, and the biblical account, for example, documents such an escape route used by King Zedekiah and others when Jerusalem was being besieged by the Babylonians under Nebuchadnezzar. 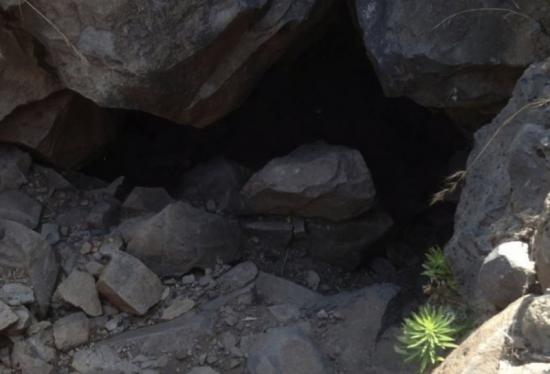 The entrance to the tunnel as uncovered during recent excavation. 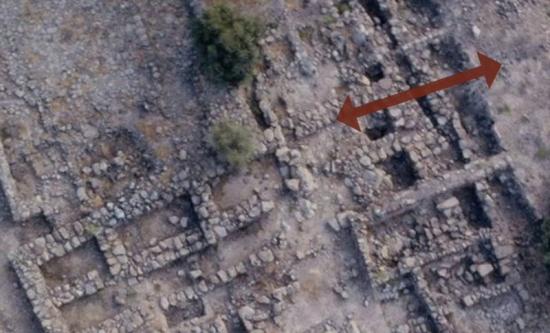 Overhead view of location of tunnel, indicated by red arrow, showing its trajectory from the palace remains to the outer wall of the Iron Age city.

GPR diagram showing underground anomally or pattern that indicates the possible location of the tunnel.

The site, which was identified as the likely location of the city of Bethsaida by Dr. Rami Arav of the University of Nebraska, Omaha, in 1987, has been the focus of extensive excavations under Arav’s directorship since 1990. It has yielded structural and artifact remains of two cities: Bethsaida, a town that, according to the biblical account, was visited by Jesus in the 1st century CE and was the hometown of several of his apostles; and a much older city whose remains lie beneath it, thought to be the likely capital city of the 9th –10thcentury BCE (Iron Age) kingdom of Geshur, an ally of the Kingdom of Israel as mentioned in the Bible. Extensive finds have been uncovered from the site representing both time periods and cultures, with some of the most ‘sensational’ findings coming from the Iron Age period city, where archaeologists have uncovered one of the largest and most complete city gate complexes in the Levant, in addition to a palace and massive defensive works with an inner and outer city wall. The suspected tunnel is thought to be associated with the Iron Age (Geshurite) period city. But excavations of the remains of the later city, that of Bethsaida, have yielded numerous finds confirming the site’s occupation during the time of Jesus and his disciples and after their deaths, such as a Roman temple and associated artifacts dated to the early 1st century CE, other structures, fishing and cooking implements, and coins. Most recently, in 2014, a rare Judaea capta coin was discovered, a coin minted by Emperor Domitian between 81 and 96 CE to commemorate the conquest of Judaea and destruction of Jerusalem in 70 CE by emperors Vespasian and Titus. 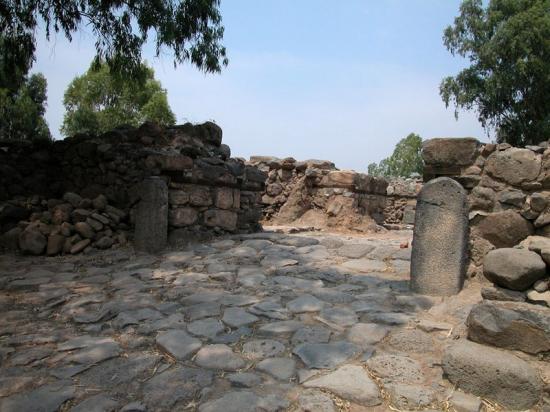 Although the remains are now located approximately 1.5 - 2 km from the lake's northeastern shore and just east of the Jordan river, scholars still maintain that it was a place with a fishing economy, a key identifier as the location of the Bethsaida of Jesus’ time. Geological studies have shown that the lake was actually significantly closer to the site 2,000 years ago. Tectonic rifting, sedimentation of the Jordan Delta, and greater usage of the lake water over time through land irrigation and increased population are all cited as possible explanations for the difference.

Archaeologists plan to return to the site with their teams during the summer of 2015, when they will continue their exploration and excavation related to the possible tunnel as well as other areas of the site. More information about the Bethsaida Excavations Project and how one can participate can be found at the project website.