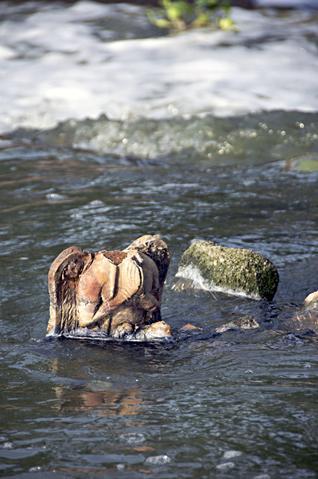 Beneath the concrete edifice of the locality, lie layers of habitation and history dating back to 3000 years ago

Exactly a century ago, an engineer of the British government discovered an Iron Age megalithic site near Bellandur tank. And when the director of the Mysore State Archaeology Department, Rao Bahadur R. Narasimhachar, excavated the site in 1916, he discovered a burial ground where the dead were buried with utensils such as pots and iron implements — a practice similar to that known from the Pyramid culture of Egypt.

Geographically, HSR Layout and its surroundings are part of the Dakshina Pinakini (South Pennar) riverbed. Being an open (maidan) region, the land was cultivable and ancient settlements were founded on the edges of the river.

During this ancient period the area was known asVeppur Nadu or Bempuru Nadu, which included many villages such as Begur, Ibbalur, Jakkasandra and Bellandur.

Many ancient inscriptions found in this area refer to Begur as the administrative centre.

The Jakkasandra Kannada inscription of A.D. 870 is the earliest inscription of this region and mentions that three reservoirs were built by Nagarattara, chief of the Ganga kingdom who is known to have fought and died while protecting Begur in A.D. 890. If these reservoirs are Bellandur, Agara and Jakkasandra tanks, it would make them nearly 1,150 years old!

Several inscriptions found here date back to the Hoysala rulers. One inscription found at Madivala dated A.D. 1247 refers to Bangalore as Vengalur. Inscriptions from the later Vijayanagara Empire have also been found at Ibalur, Madivala, Chelur, Jakkasandra and also at Begur.

In 1965, while digging for the new runways for the HAL Airport, a large red pot containing 256 Roman coins, belonging to the empire of two rulers Augustus and Tiberius, were discovered.

This evidence again proved that the area of Bellandur and its surroundings were active during the ancient period.

(S.K. Aruni is with the Indian Council of Historical Research, South Regional Centre)