The University of Cincinnati’s most recent research in Cyprus reveals the remnants of a Late Bronze Age (1500-750 B.C.) fortress that may have functioned to protect an important urban economic center in the ancient world.

A recent find by a University of Cincinnati archeologist suggests an ancient Cypriot city was well protected from outside threats.

That research, by UC’s Gisela Walberg, professor of classics, will be presented at the annual workshop of the Cyprus American Archaeological Research Center in Nicosia, Cyprus, on June 25, 2011.

Since 2001, Walberg has worked in modern Cyprus to uncover the ancient city of Bamboula, a Bronze Age city that was an important trading center for the Middle East, Egypt and Greece. Bamboula, a harbor town that flourished between the 13th through the 11th century B.C., sits along a highway on the outskirts of the modern village of Episkopi, along the southwestern coast of Cyprus and near the modern harbor town of Limassol. The area thrived in part because the overshadowing Troodos Mountains contained copper, and the river below was used to transport the mined materials. 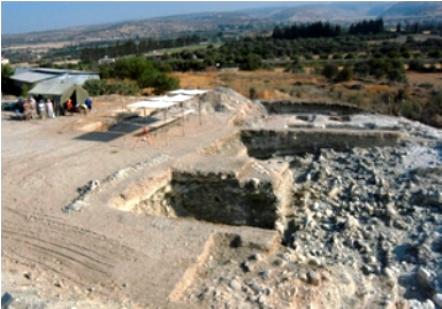 Her most recent research at the site revealed the remnants of a Late Bronze Age (1500-750 B.C.) fortress that may have functioned to protect the urban economic center further inland, which does not seem to have been fortified.

Clues to the function of the structure were clear to Walberg. "It's quite clear that it is a fortress because of the widths and strengths of the walls. No house wall from that period would have that strength. That would have been totally unnecessary," she said, noting that one wall is 4.80 meters thick. "And it is on a separate plateau, which has a wonderful location you can look north to the mountains or over the river, and you can see the Mediterranean to the south -- so you can see whoever is approaching."

Remains of stairs leading up to a destroyed circular tower-like structure, which would have been convenient to look out over the area, were also found. 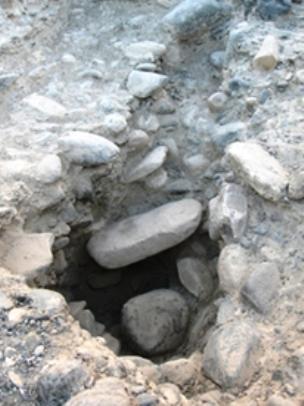 "We found the first walls, which we thought were interesting, in 2005," Walberg said. "But, we continued, and this year, we found a staircase – actually we had found two steps before of a similar staircase, but this time we found a whole staircase."

According to Walberg, the staircase seems to have been broken in a violent catastrophe, which throws lights on the early Late Bronze Age history in Cyprus, a period of which little is known but characterized by major social upheaval and cemeteries containing what a number of scholars have identified as mass burials.

The recent find is also particularly significant because there is another older site from the Middle Bronze Age nearby, within walking distance, of the fortress. Upriver exists remains of a large economic center, called Alassa, a center for trading agricultural products and metal.

"Our find, the fortress, fills the gap in time in between this early settlement and the very big, important economic center. It probably was the center, the core, from which urbanization began in the area," Walberg said.

Walberg is currently the Marion Rawson Professor of Aegean Prehistory in the Department of Classics at the University of Cincinnati. Her fieldwork experience includes participation in excavations in Sweden, Crete and Cyprus. She has also participated in archaeological surveys in Greece and Italy, and directed an excavation of a Mycenaean citadel (Midea) in mainland Greece.

Walberg's published works include 10 books and monographs. One is a report on the 1985-1991 excavations at Midea. She has also authored 81 articles and 20 reviews in American and international archaeological periodicals and lectured in many countries. Currently, Walberg is working on a book about the Bamboula excavations.