The secret lives of our ancestors revealed 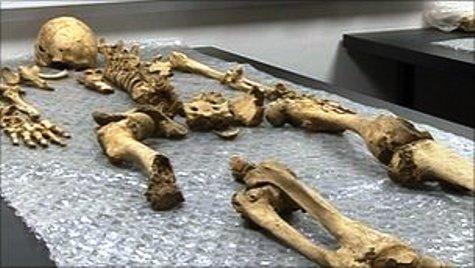 A chance find during the building of a by-pass in County Donegal led to the discovery of an ancient church and graveyard. As BBC NI's Dublin correspondent Shane Harrison now reports, an analysis of human remains has given us some extraordinary insights into the lives of our ancestors in early medieval times.

Motorists in south County Donegal are glad of the new Ballyshannon by-pass and its bridge over the mouth of the River Erne.

So, too are archaeologists and historians.

That's because in 2004, when the road was being built, workers discovered the remnants of a medieval church and a graveyard on a small site at Ballyhanna, on the outskirts of Ballyshannon, long forgotten by time and local folk memory.

Michael MacDonagh, an archaeologist with the Republic's National Roads Authority, has a theory as to why that happened.

"We think what could have happened is that the church fell into disuse around the 17th century and then gradually, as the soil grew up over it, all signs of the church were removed and people gradually forgot about it. And then, of course, there was the Great Famine in Ireland in the 1840s and 50s when areas such as this were decimated," he said. 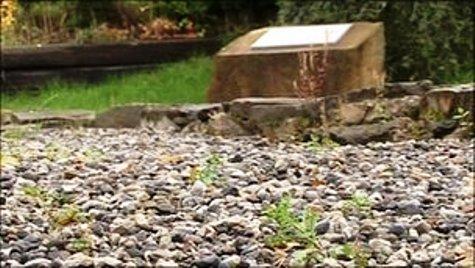 The remains of 1,300 men, women and children dating from the 8th to the 16th century were taken to the Institute of Technology in Sligo for initial examination.

Dr Jeremy Bird, the Head of Science at the institute, said that by using samples experts were able to determine some of the causes of death including scurvy, violence, cancer and tuberculosis.

"Out of the 1,300 about 400 are juveniles, principally children and infants. Clearly this is due to the impact of disease in this population. This is not a modern population but one affected by the diseases of the Middle Ages and medieval Europe," he said.

From analysis of some of the remains we know our ancestors were shorter than us, had vitamin deficiencies often resulting in scurvy, ate a little fish and some meat but mostly survived on a form of oat porridge.

Dr Eileen Murphy, who grew up in Derrygonnelly in County Fermanagh near the County Donegal site, made another interesting discovery about a rare disease linked to growths or lumps on bones.

"Until the two cases of multiple osteochondromas at Ballyhanna were discovered, there were only 14 other cases throughout the world," she said.

"These were found in places like Jericho, South Africa and off the coast of Sweden.

"Interestingly, two of the prior cases had come from Dublin. So, we now have four cases of the condition in Ireland.

"Perhaps this is related to the island status of Ireland."

Another Queens academic, Dr Catriona McKenzie, found evidence from one of the remains that in the 8th century the people living around Ballyshannon were successfully performing a medical operation that even today is considered highly specialised.

"One young female had signs of possible brain surgery on the top of her cranium. She survived for a long time afterwards," she said.

"So, while we don't know why the operation was undertaken it could have been because of something like epilepsy or perhaps they thought that the girl was possessed."

The remains also show that people with disability were treated with respect and not buried apart.

And that between the 8th and 16th centuries if you lived to 50 you were really old.

The chance discovery at the now pebble-covered memorial garden, near the relatively new Donegal by-pass, has provided us with some extraordinary insights into the past.