Cornell archaeologists are helping to rewrite the early prehistory of human civilization on Cyprus, with evidence that hunter-gatherers began to form agricultural settlements on the island half a millennium earlier than previously believed. 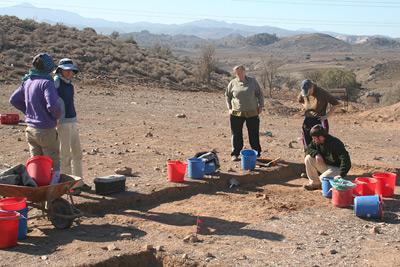 Beginning with pedestrian surveys of promising sites in 2005, students have assisted with fieldwork on Cyprus led by professor of classics Sturt Manning, director of Cornell's archaeology program. The project, Elaborating the Early Neolithic on Cyprus (EENC), has involved undergraduate and graduate students from Cornell, the University of Toronto and the University of Cyprus. 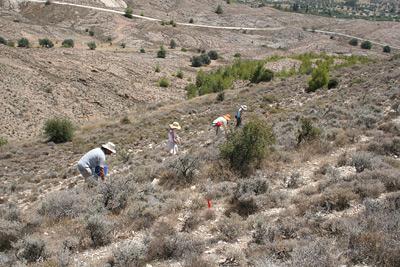 Their findings were published recently in the leading archaeological journal Antiquity, after being reported to Cyprus' Department of Antiquities and presented at an annual archaeological conference there. 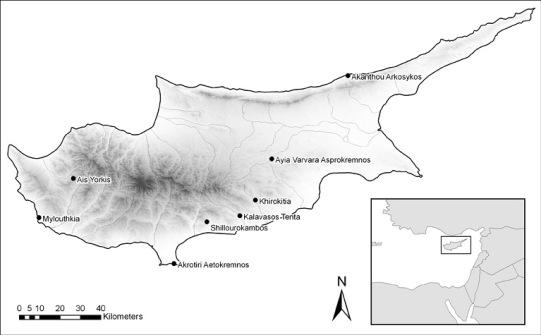 "Up until two decades ago, nobody thought anybody had gone to Cyprus before about 8,000 years ago, and the island was treated as irrelevant to the development of the Neolithic in the Near East," Manning said. "Then Alan Simmons (now at the University of Nevada, Las Vegas) discovered a couple of sites that seemed to suggest Epipaleolithic peoples went there maybe about 12,000 or 13,000 years ago, much earlier than anyone had thought possible. The big question started to become in the field, well, what happened in between?"

Subsequent finds pushed the Neolithic evidence on Cyprus back to around 10,000 years ago, but "no one has been able to fill in a 2,000-year gap between this possible first evidence of humans ever going near the island and apparent evidence of proper settlement and farming and agriculture," Manning said.

Based on their survey work since 2006, Manning and colleagues focused efforts on a potentially very early Neolithic site in central Cyprus at Ayia Varvara Asprokremnos (AVA).

"We found this site by doing the opposite of the normal strategy -- people had been looking around the coast," Manning said. "The coast around 11,000 years ago basically is now 50 to a couple hundred meters offshore from the present coastline, because sea level has risen. We [said we] should go inland, and look at the type of place that a hunter-gatherer on the island might try to be a hunter-gatherer or an incipient agriculturalist."

The AVA site "had early Holocene soils, was near the key resources for a human population about 11,000 years ago, and [our surveys] produced lots of evidence of stone tool production," he said. "It was right in the bend of the only permanent river in this whole area of Cyprus, so it seemed to be a perfect strategic spot for an early hunter-gatherer."

There was chert nearby to make stone tools, and hand augur tests found intact soil samples and a single small lithic flake "we thought to be of the right technology to be very early in date," Manning said.

During seasons of fieldwork in 2007, 2008 and 2009, the team excavated several hundred square meters of the site, and intensively surveyed the surrounding area. Six different charcoal samples from the excavations were carbon-dated and securely estimated to be from the Pre-Pottery Neolithic A period, the initial phase of the Near Eastern Neolithic -- "the very origins of the agricultural revolution," Manning said.

"The dates came out to be almost 11,000 years old from today, so we're talking the earlier ninth millennium B.C. … which puts them around half a millennium earlier than any other Neolithic that's ever been recognized or claimed and dated on the island of Cyprus," he said. "More dramatically, these dates mean that Cyprus, an island tens of miles off the Levantine coast, was involved in the very early Neolithic world, and thus long-distance sea travel and maritime communication must now be actively factored into discussions of how the Neolithic developed and spread."

Manning terms the results "part of a field reassessment -- these findings, Cyprus and the maritime component to the development of the Neolithic will now all have to be part of the conversation. These and other findings may change how prehistory is taught at universities and colleges."

The fieldwork and carbon dating were supported by the Department of Classics and the Provost's Special Research Fund.