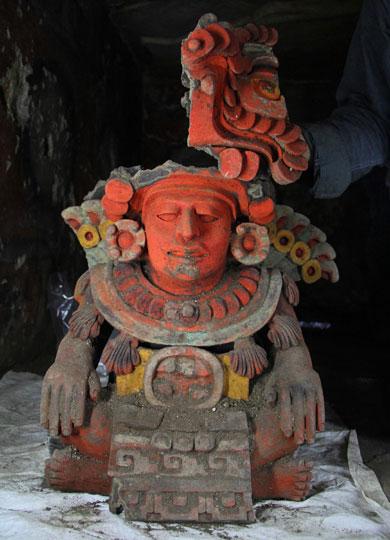 Information surrounding an exceptional effigy vessel, found a few months ago in a mortuary temple at the Atzompa Archaeological Zone in Oaxaca, has been released by archaeologists from Mexico’s National Institute of Anthropology and History (INAH). 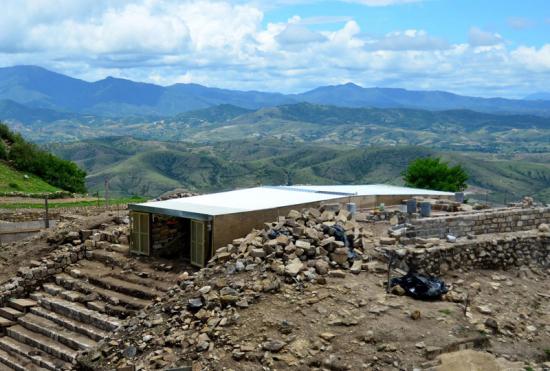 The ancient city of Atzompa, was one of the centers of the ancient metropolis of Monte Alban.

The ceramic piece with human characteristics is approximately 1,200 year-old, and has been recovered nearly intact with its red, brown and grayish green coloring present. 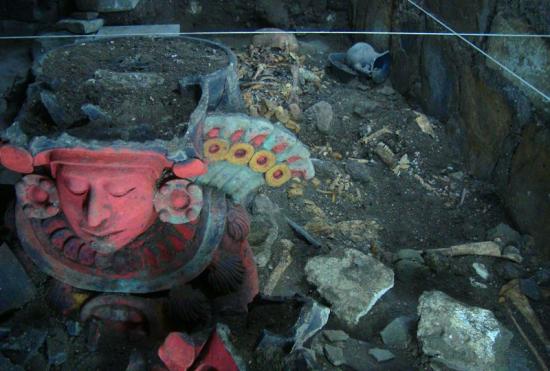 According to the description of archaeologist Eduardo Garcia Wigueras, the effigy vessel find is exceptional in that the elaborate costume of the character is represented in detail, consisting of a layer of feathers, tassels, necklace, and earrings.  There are also a number of iconographic references that refer to the name of the person it’s meant to represent. It is likely that the individual personified was known as Tremor ‘8 ‘.

In addition to the effigy vessel found was another smaller red vessel with the representation of a goddess, and the skeletal remains of two individuals.

Another highlight of the effigy vessel is his 34 cm high headdress, which is represented as a reptile with feathers and surrounded by open jaws. 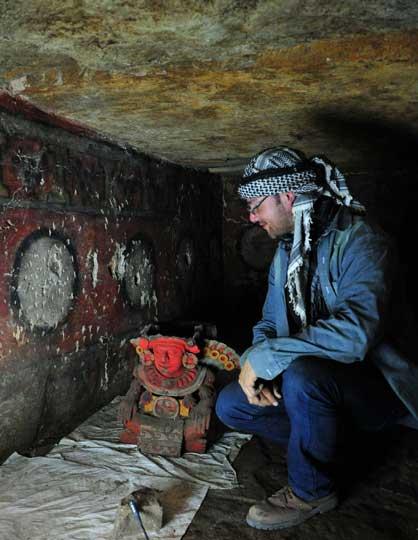