Archaeologists have discovered India’s oldest stone-age tools, up to 1.5 million years old, at a prehistoric site near Chennai. The discovery may change existing ideas about the earliest arrival of human ancestors from Africa into India.

A team of Indian and French archaeologists has used two dating methods to show that the stone hand-axes and cleavers from Attirampakkam are at least 1.07 million years old, and could date as far back as 1.5 million years. 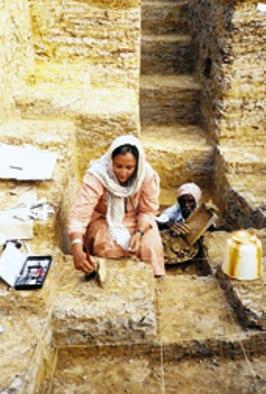 In nearly 12 years of excavation, archaeologists Shanti Pappu and Kumar Akhilesh from the Sharma Centre for Heritage Education, Chennai, have found 3,528 artefacts that are similar to the prehistoric tools discovered in western Asia and Africa. 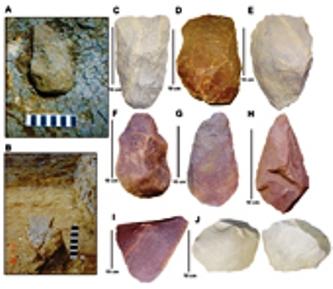 Their findings will appear tomorrow in the US journal Science. The tools fall in a class of artefacts called Acheulian that scientists believe were invented by the Homo erectus —ancestors of modern humans — in Africa about 1.6 million years ago.

“This means that soon after early humans invented the Acheulian tools, they crossed formidable geographical barriers to get to southern Asia,” said Michael Petraglia, an archaeologist at the University of Oxford, who is an expert in Asian prehistoric archaeology but was not associated with the Chennai study.

“The suggestion that this occurred 1.5 million years ago is simply staggering,” he said.

Petraglia himself had earlier been involved in excavating the Hunsgi valley in Karnataka, which has yielded 1.27 million-year-old stone tools, regarded as India’s oldest until now. Although earlier excavations had revealed Acheulian tools at a few sites on the Indian subcontinent, including a two million-year-old site in Pakistan, the dates assigned to the artefacts so far have remained under debate.

Pappu and her colleagues assigned dates to the Attirampakkam tools by analysing traces of certain elements embedded in them and by correlating the archaeological layers excavated at the site with changes in the Earth’s magnetic field.

“We adopted two different dating methods and arrived at consistent results,” Pappu told The Telegraph. “We believe this is the strongest evidence so far for an Acheulian industry in India older than one million years.”

The dating studies were carried out by collaborating geophysicists in French academic institutions. Researchers believe the new dates will have major implications for current ideas about who carried the Acheulian culture into India.

In the past, some researchers had attributed the flow of Acheulian tools into southern Asia and Europe to the Homo heidelbergensis, another ancestor of modern humans but one that appeared long after the Homo erectus. But the 1.5 million year date assigned to the Attirampakkam tools suggests that groups of Homo erectus carried the tool-making culture into India.

“This is important as it implies that a smaller-brained form of hominin was able to cross formidable barriers and adapt to the ecological settings of India,” said Petraglia, who has been an advocate for a long chronology of hominin presence in India.

Archaeological evidence from Jwalapuram, another prehistoric site in India, suggests that modern humans — Homo sapiens — arrived in India in another wave out of Africa at least about 80,000 years ago.

The Attirampakkam site, located near a tributary of the Kortallaiyar river, about 60km northwest of Chennai, was discovered in 1863 by British archaeologist Robert Bruce Foote who launched studies of prehistoric sites in India.

The tools in Attirampakkam suggest that the Homo erectus carried the Acheulian culture into India before the Homo heidelbergensis ferried this tool-making culture into Europe, where the earliest sites are about 600,000 years old, said Robin Dennel, a senior archaeologist at the University of Sheffield, in a special scientific commentary in tomorrow’s issue of Science. 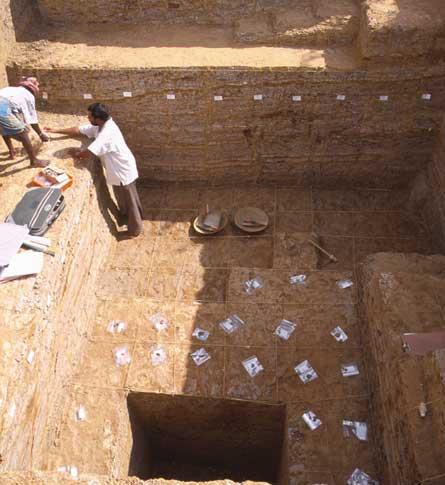