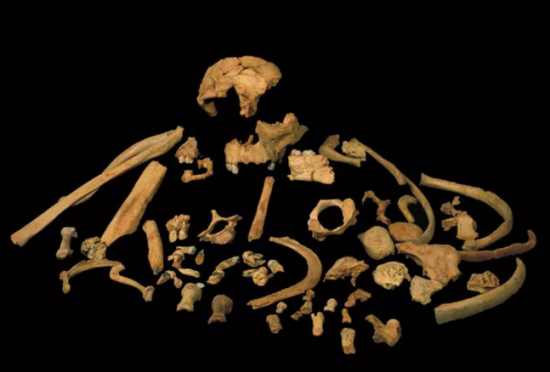 A fossil found in the Atapuerca Gran Dolina archaeological site in northern Spain was long thought to be the oldest recorded remains of humanity, but now researchers have dated it. Using teeth.

The results are consistent with previous beliefs about the age of the fossil, based on genetic evidence. 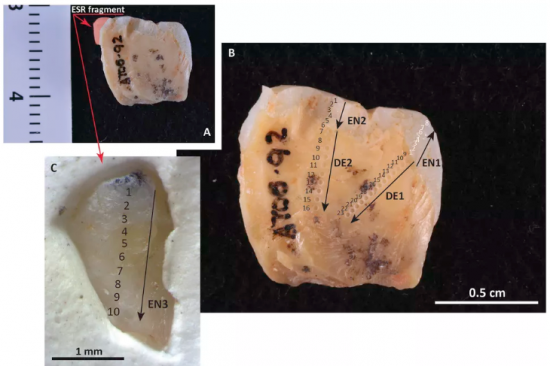 Carbon dating is limited in cases as old as this. This tooth was aged using Electron spin resonance. Previously this was used only on large mammals but has more recently been used to age actual human teeth, via a non-destructive procedure.

An international team of researchers from Australia, China, France and Spain collaborated on the study.

The present study reports the results of the first direct Electron Spin Resonance(ESR) dating study of Homo antecessor, the oldest known hominin species identified in Western Europe. The analysis of a tooth (ATD6-92) from TD6 unit of Atapuerca Gran Dolina (Spain) following a “semi non-destructive” procedure provides a final age estimate ranging from 624 to 949 ka, which covers all possible uranium uptake scenarios. Last, the additional magnetostratigraphic data collected within TD6 enables to further constrain the initial ESR chronology and to propose an age of between 772 and 949 ka for Homo antecessor, in agreement with previous dating works. Although our new results do not refine the existing chronology of TD6 unit, they nevertheless support the antiquity of H. antecessor, which pre-dates the estimated divergence age of modern and archaic human lineages based on genetic evidence.

This work illustrates the challenges of dating human teeth by means of the ESR method, with the main pitfalls that are sometimes inherent to this specific application (e.g., systematic μCT-scanning of fossil hominin teeth; limited knowledge about the original sedimentary environment for teeth coming from old excavations; heterogeneous spatial distribution of the U-series elements in dental tissues). We identified several sources of uncertainty that may directly impact the accuracy of the age result. In particular, a slight contamination of dentine (<6%) in the enamel fragment measured by ESR was found to induce a significant age underestimation (33%) if not taken into consideration. It indeed caused not only a DE underestimation (by about 8%), but also produced a massive internal dose rate overestimation (by a factor of about 3.5). In contrast, other sources of uncertainty, such as the heterogeneity of the sedimentary environment, the variability of the water content over time, the previous μCT-scanning of the tooth or the potential preferential creation of unstable NOCORs in the ESR signal, showed here a limited impact on the final age result. Given our current understanding of the ESR method and the existing uncertainties associated with the evaluation of the DE and dose rate, this is probably as far as we can presently go in the dating study of ATD6-92 sample.