A group of Predynistic art at the Nobles Tombs Areas – Aswan has been found recently during the excavation works done by the Bonn University Mission – Germany…. declared Dr. Eldamaty Minister of Antiquities. 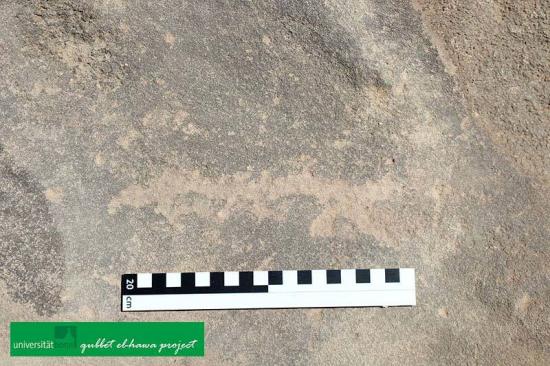 The discovery is very important, commented Eldamaty, because it proves the occupation of the site during prehistory adding that the found inscriptions are considered the most ancient at the site so far. 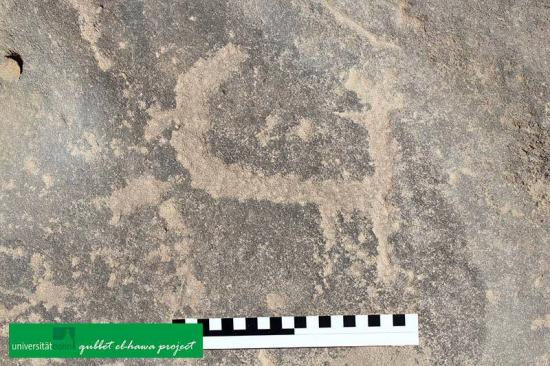 From his side, Head of the M.A's Ancient Egyptian Sector said that the mission succeeded in discovering more than 15 Predynistic rock arts representing wild animals (Ibex, cows and dears) and religious rituals scenes consisting of ostriches and giraffes.

Amr Alhawary, Director of the German Mission working at the site said that the uncovered rock art represent hunting rituals and are a proof of man's control over wild nature. It was believed that those inscriptions would help the hunters in their mission.