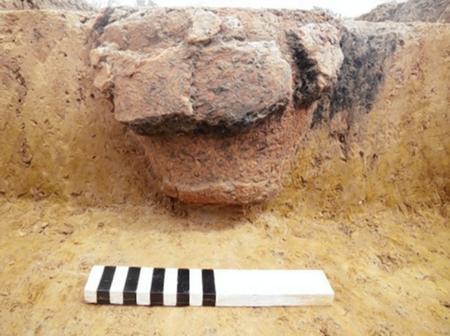 Archaeologists have uncovered artefacts dating back 12,000 years during excavation work at the proposed development site at Cheeseman’s Green.

A fascinating picture is emerging about how Ashford’s agricultural landscape looked from the late Bronze Age through to the early years of Roman occupation.

Some interesting and unusual finds have been unearthed in the excavations at Cheeseman’s Green, a site given planning permission by Ashford Borough Council for up to 1,180 new homes, where the first phase has just started.

The search has been managed by consultants CgMs, together with Kent County Council Heritage and Wessex Archaeology.

It began in June and has revealed human activity on the site stretching back 12,000 years, including the flint tools of ancient hunter gatherer communities, and Neolithic, Bronze Age and Iron Age activity sites, settlements and farmsteads.

Evidence has been revealed of constant change in past settlements.

What are now empty fields were once homes to thriving communities.

The finds are similar to those previously recorded at Park Farm, Brisley Farm, Waterbrook Farm, the Orbital Park, and most recently in trial trenching at Chilmington Green.

The information gained from all of these sites is of regional importance as it suggests that south Ashford was very densely settled from the late Bronze Age to the early Roman period – with a density of rural settlement similar to that seen in the 17th century AD. 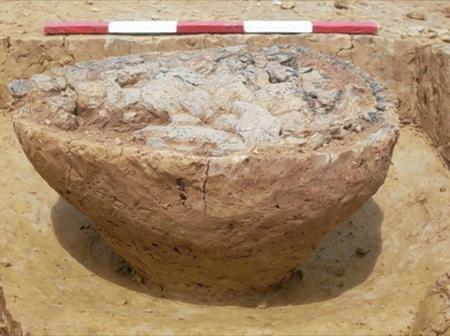 It also implies that the agricultural landscape was completely re-organised under the Romans, with the deliberate destruction of settlements and monuments and the laying out of large rectilinear field systems possibly as part of a vast ‘Imperial’ estate.

Cllr Gerry Clarkson, Deputy leader of Ashford Borough Council, said: “These important archaeological investigations provide us with a link to Ashford’s past that will be of interest not only to the local community but have a broader, regional importance.

"It is fascinating to learn about the discoveries and I hope that these will be of real interest to everyone interested in the history of the borough as well as adding to the national store of knowledge.“

The entire development site will eventually be examined and the findings published.