Israel is touted as the birthplace of monotheism, but mounting evidence suggests that the Israelites, and later the Judahites - like their neighbors - worshiped a pantheon. 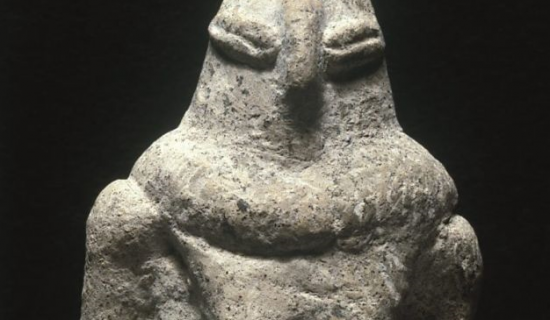 Female worship goes back millennia: A female figurine from Neolithic times, about 9,000 years ago, found in the present-day Golan Heights. Photo by Wikimedia Commons

“You shall not plant any tree as an Asherah beside the altar of the Lord your God that you shall make.” Deuteronomy 16:21.

The Old Testament is rife with the admonishment of errant kings and queens worshiping ‘false gods’, with the much of the blame falling on the Kingdom of Israel and that of Ahab and his infamous queen Jezebel.

In recent years there have been a significant number of discoveries of cult stands and shrine caches throughout Israel. They were found either buried in favissae (underground cellars) or buried in caches, such as at Hazevah and Yavneh, or found in various other settings, like at Tel Rehov’s honey production site and at Tel Halif’s industrial textile area. The most recent findings were at Motza, just north of Jerusalem, where a cache of apparently cultic items were found in an ancient temple.

Israel is often touted as the birthplace of monotheism. But the Motza artifacts, so similar to those of distant Hazeva and Qitmit, taken in conjunction with the previously discovered stands, shrines and altars from Megiddo, Taanach and Beit Sh'ean, paint a significantly richer picture of the religious life of this ancient land. Add the various figurines found strewn about the land of Israel of females in various poses and states of dress and undress as well as dogs, horses, and bulls: The iconography points to a pantheon of deities, as some scholars believe, or to two main deities, something of a duality.

These practices of worshipping a pantheon or diumvirate godhead appears to have lasted throughout the Late Iron Age of the Land of Israel (10th–6th centuries BCE), and ended only with the Babylonian conquest of Judah and apparent expulsion of its residents. The ancient practices were gone for good, not returning with the exiles from Persia and Babylon, several generations after the exile, who upon their return derided the Samaritans for pagan beliefs.

Items that speak of gods other than YHWH or "the One" span from standing pillars ("masseboth"), decorated shrine boxes, horned altars, cult stands, miniature icons, Judiahite Pillar Figurines - known in archaeological speak as JPFs - in varying poses: holding a drum or a disk in one hand, cupping their breasts, nude, pregnant, dressed, and so on. Added to this are ceramic and metal animal figurines, as well as male figurines, some with horns.

Interestingly, there are vastly more female figurines and representations found on shrines than there are male ones.

And now add to this the ground-breaking finds at Khirbet el Qom and Kuntillet Ajrud.

Going by what the Bible tells us, there were two major reforms against these apparent pagan practices, one by Elijah and the other by Josiah. And while there was much denouncement of them, the practices persisted, as can be seen in the endless complaints of the Biblical writers and in the archaeological evidence.

The evidence points to the worship of at least two deities.

This is a good point to wonder what these deities' names were. In fact we know, from several inscriptions. 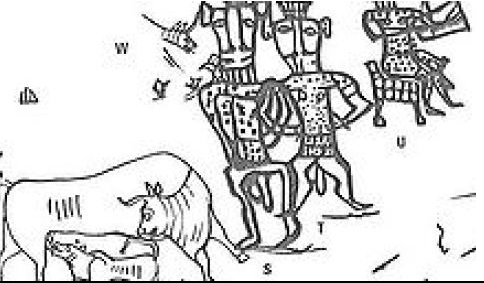 The site is scattered with dedicatory inscriptions to “YHWH and his ASHERA”. One stands out in particular: “To YHWH of SHOMRON and his ASHERA” (Meshel 2012: 86–101).

Shomron or Samaria was the capitol of Israel, very far from this peripheral border of Judah. Along with the inscription, the drawings found with the inscriptions match the iconography found on the shrines, for instance the Tree of Life, with volutes and lotus blossoms for branches, feeding caprids, and a lion standing underneath this tree of life.

So, Iron Age Israelites were not monotheists after all? Or, what do these cultic finds around Israel and Judah mean?

It is a common joke in archaeological circles that if you don’t know what something is, then it must be 'cultic.'

“Many classes of objects such as figurines are – contrary to what many of us think – not inherently 'cultic' at all," says Michael Press, an expert in Philistine culture and religion. "They could have been used in a variety of contexts and have a variety of functions. Some of these might be only religious in a broad sense, for instance, providing protection from evil." They might not have been religious at all, he adds – for instance, some might have been teaching tools.

How then can one tell the difference? “We have to carefully look at the types of buildings we find these items in, what other objects are associated with them,” Press explains.

A coastal tradition of cults

He also points out that the cultic finds aren't confined to Israel and Judah. "The 9th century BCE Yavneh shrines – the most spectacular find of the last 15 years or so – are from a site within Philistia. They seem to represent a coastal Philistine tradition rather than an inland Judahite one.”

Similar imagery is seen on the shrines is found throughout Israel and Judah as well and in the surrounding near eastern lands.

The broad, and very important, implication of the finds is that different political and ethnic groups used broadly similar classes of objects, though there was regional variation, says Press. Recent finds at Motza, of an apparent temple with figurines that differ from the typical Judahite pillar figurines and horse and riders are the first clear example of a public cultic place in Judah, says Press. They also bear a remarkable resemblance to supposed “Edomite” examples from the Negev (from Horvat Qitmit and En Hatzeva in Judah).

“At the same time, we have to be cautious about trying to draw too much information about something like 'religion' from material culture," says Press. "Archaeologists have a very difficult job in reconstructing the world of ideas, how people thought, from material remains. There is a gigantic interpretive leap from concrete remains to abstract theory. And at best we only get glimpses of that sort of world of ideas and imagination.”

But was polytheistic worship of female figurines an "official state religion"? That is hard to prove, says Erin Darby, professor of religious studies at University of Tennessee-Knoxville and an expert on Judahite pillar figurines. She adds that it depends on what one means by "state religion." In her view, "state religion" refers to a religious activity performed by many of the people who lived within a national boundary. It is something sponsored or encouraged by the upper echelon, she elaborates.

"The Judahite pillar figurines certainly tell us that many of the people who lived in Judah - Israel is a slightly different story - used small terracotta females in rituals that I strongly believe relate to protection and healing, most frequently taking place in homes and neighborhoods. This is especially true in Jerusalem, which is the corpus I know the best,” Darby says. She does not believe however that there is the textual or archaeological evidence that connects these particular terracottas to Asherah, the female deity.

The fact is that Judahite pillar figurines were found in two Jerusalem areas - Shiloh's Area G and Ramat Rahel. That, says Darby, "indicates that people who were probably affiliated with either palace or temple used figurines."

Use of figurines continued in Jerusalem throughout the Late Iron Age. "At the same time, in our petrographic study, David ben Shlomo and I found no evidence to support centralized manufacture by the state," Darby says. "The data seem to suggest the possibility of multiple local manufacturers in Jerusalem. Figurines were probably produced by the same folks who made pottery vessels.”

In other words, daily practices in ancient Israel were more complex than the term "monotheism" suggests, Darby sums up. "I think you have tons of evidence to back this up, especially in Jerusalem and outlying areas like Motza. Not even the Bible claims that most ancient Judeans were strict monotheists," she says, though it is always disputable whether shrine boxes or figurines attest to Asherah specifically.

At a minimum, these objects suggest ancient religious life was just as complex as anything in the modern world, Darby says.

Ancient pantheons, not only the famous Greek or Roman ones, had multiple members including semi-divine lower level deities. "The typical version of monotheism associated with ancient Judah is the result of modern people choosing a few texts in the Bible to then reconstruct their ideal picture of what ancient Judeans did,” she sums up. But it clearly wasn't how people lived their lives.