Experts undertake pioneering tests on skulls to finally understand how doctors carried out remarkable operations more than 2,300 years ago. 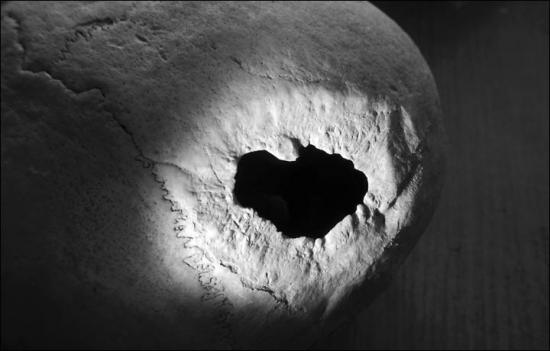 General view of the tracks of the trepanation on the male scull from Bike-III. Picture: Aleksei Krivoshapkin

More details about the remarkable brain surgery techniques carried out by the earliest Siberians 2,300 years ago have been revealed by scientists. Neurosurgeons have been working with anthropologists and archaeologists over the past year following the discovery of holes in the skulls of three ancient sets of remains in the Altai Mountains. Evidence at the time suggested they were examples of trepanation – the oldest form of neurosurgery – with speculation it showed the early nomads had learned the skilful technique from the medical centres of the ancient world, or had uncovered it at the same time as prominent doctors in Greece and the Middle East. Now, following a series of tests to recreate the ancient surgery, expert have uncovered more about the method and finally concluded how the early doctors carried out their work.

Among the findings made by the Institute of Archaeology and Ethnography, at the Siberian Branch of the Russian Academy of Science, were that the surgeons were highly skilful with the operations carried out with only one primitive tool scraping at the skull. In addition, it was clear that the ancient doctors adhered to the strict Hippocratic Corpus, the landmark declaration of medical ethics set down 5,000km away in Greece in 500BC.

Prominent Novosibirsk neurosurgeon Aleksei Krivoshapkin, who was asked to examine the skulls, said: 'Honestly, I am amazed. We suspect now that in the time of Hippocrates, Altai people could do a very fine diagnosis and carry out skilful trepanations and fantastic brain surgery.'

The skulls, belonging to two men and a woman, were found in the Altai Mountains and date back about 2,300 to 2,500 years ago. Analysis last year showed one of the males, who was aged between 40 and 45, had suffered a head trauma and had developed a blood clot that likely left him suffering headaches, nausea, sickness and movement problems. It was surmised that the trepanation would have been carried out to remove the haematoma, with evidence of later bone growth indicating the man survived the surgery and lived for years afterwards. The second man had no visible traces of trauma but instead was suspected of having a congenital skull deformation that the ancient surgeon wanted to fix. In both cases, a relatively small hole was made in the skull allowing surgeons to access the brain at an area where damage to joints and the membrane would have been minimised. And while the actual technique and the implements used may have varied from those recommended in Ancient Greece, it was clear the care for the patient and the location of the hole showed a similar ethnical consideration.

In order to study the procedure in detail, a team of experts have spent the past year examining the skulls and carrying out a series of tests to recreate the 2,000 year old surgery. 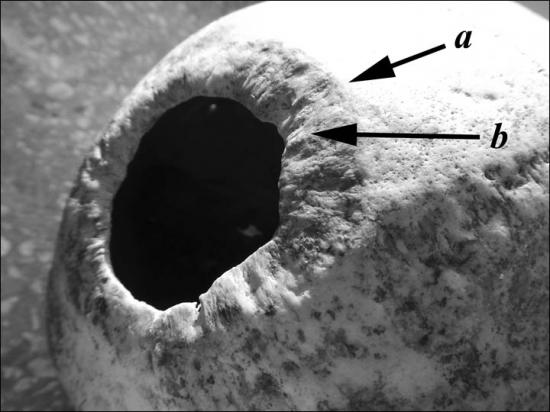 Traces of cutting on the first (a) and second (b) stages of trepanation on the male skull Kyzyl-Dzar-V. Pictures: Alexei Krivoshapkin

The remains were first analysed under a microscope at the Institute of Archaeology and Ethnography to find any markings that indicated the way the surgeons operated. No trace of the way the doctors removed the skin was found, and given the good preservation of the skull surface it is assumed this was carried out with high precision. It was found the trepanation was conducted in two stages. First, a sharp cutting tool removed the surface layer of bone carefully without perforating the skull itself. Then, with short and frequent movements a hole was cut into the skull.

Professor Krivoshapkin said: 'All three trepanations were performed by scraping. From the traces on the surface of the studied skulls, you can see the sequence of actions of the surgeons during the operations. 'It is clearly seen that the ancient surgeons were very exact and confident in their moves, with no traces of unintentionally chips, which are quite natural when cutting bone.'

Archaeologists have not yet uncovered any dedicated medical tools but in almost all graves from this epoch - regardless of social status - bronze knives were found. The examination of the skulls showed that only one tool was used and it is suspected it could also be a bronze knife.

Professor Krivoshapkin tried testing a typical Tagar blade from the region, taken from the Minusinsk museum, on a skull but it was found to be unsuitable surgery. A replica of a bronze knife from the time was then made using modern elements by archaeologist Andrei Borodovsky, a doctor of historical sciences at the Institute. 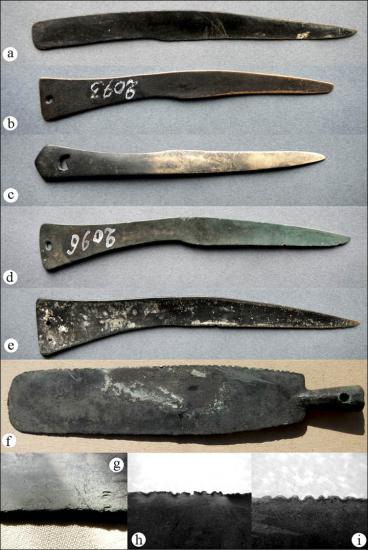 He said: 'I chose a brass alloy of copper, tin, and zinc after the failure with the Tagarsky knife, which turned to be too soft for such surgery. The blade just twirled. Our modern copy of brass alloy performed very well. 'I think it is important to remember that here in the 5th Century BC Altai was a big centre for bone cutting production. People here were very skilful in making different objects from animal bone. 'Working with the animal bones, they understood the main principles of working with such material and later it helped them to make such complicated surgeries.' 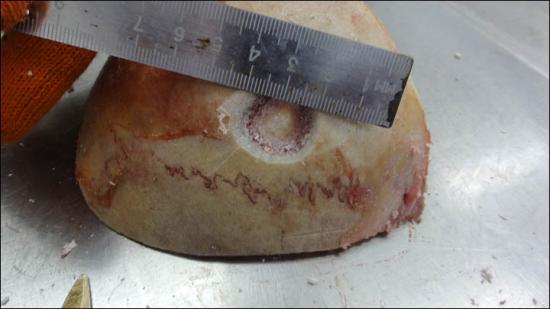 The final stage of the research was to recreate the surgical procedure using a modern-day skull. Copying the same techniques believed to have been used by the Altai surgeons, it took Professor Krivoshapkin 28 minutes to perform the technique. While he said it 'required considerable effort', the hole in the skull was found to mirror those found in the ancient patients.

The last remaining unanswered question for the scientists, however, is what anaesthetic or painkiller the doctors used. Some speculate cannabis, but it may never be known.