Ancient Egyptiands and the Big Dipper 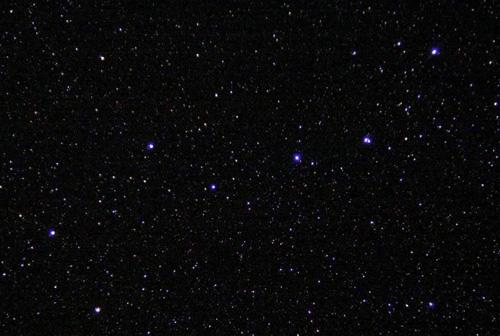 An image of the Big Dipper, shot from the International Space Station in March 2003. New research has revealed that the Ancient Egyptians had a great interest in this constellation, going so far as to track the change in its orientation over the course of a year. NASA/Courtesy of nasaimages.org

New research on a 2,400 year old star table shows that the Ancient Egyptians kept close tabs on the Big Dipper, monitoring changes in the constellation’s orientation throughout the course of an entire year.

The Big Dipper is composed of seven stars and is easily viewable in the northern hemisphere. Its shape looks like a ladle with a scoop attached. Ancient Egyptians represented it as an ox’s foreleg.

If a person were to observe the constellation at the exact same time every night they would see it gradually move counter-clockwise each time they saw it.

Professor Sarah Symons, of McMaster University in Hamilton Canada, carried out the new research. She presented her results on Sunday at an Egyptology symposium in Toronto. The star table she analyzed is located inside the lid of a 2,400 year old granite sarcophagus, constructed in the shape of a bull, which is now in the Egyptian Museum. The table is, “unique, though interesting, a very provocative astronomical object,” she said.

Indeed the sarcophagus dates to the 30th dynasty, an important period in Egyptian history. It is the last point of time in antiquity where Egypt would be ruled by native born rulers.  In 343 BC the Persians took over Egypt, defeating a pharaoh named Nectanebo II and forcing him to flee south into Nubia. The country would remain under Persian control until Alexander the Great captured it in 332 BC, inaugurating a long line of Greek, followed by Roman, rulers.

Inside the sarcophagus there is an astronomical table, a section of which has rows that show the foreleg of an ox in a wide range of different positions. “It’s quite a jumble,” Professor Symons said.

This section, although confusing to read, includes notation for the three Egyptian seasons, Akhet, Peret and Shemu. Each season is broken down into four months. It also has symbols representing the beginning, middle and end of the night – although it isn’t known at what exact time these points would have been set.

Symons decided to focus on the orientation of the forelegs, re-drawing them as arrows. When she did this a pattern started to appear. “In general the motion that it follows is the counter-clockwise motion that we would expect.”

But there were problems. Over the course of a year the forelegs sometimes went the wrong way – as if the stars had stopped obeying the rules of astronomy. She believes that this was a scribal error, caused by someone writing down the information in the wrong format.

“What happens to our table if we just keep all the months together?” And work with them as columns, she wondered. She found that the table had fewer errors and the information fell into place. “Overall the motion is counter-clockwise throughout the year in general,” she said.

She added that this practice, of recording the orientation of the constellation, may have been going on for some time. “We have only a fraction of the original astronomical documents,” created by the Egyptians, she pointed out.

Why they created this year-long record is another matter. Although it would have been of help in timekeeping, Symons thinks that the main reason is probably ceremonial – perhaps something to do with the bull shaped sarcophagus that it is found in. The star record “would be bound up with temple ritual (and) mortuary ritual," she said.