An online interactive tour of Borobudur 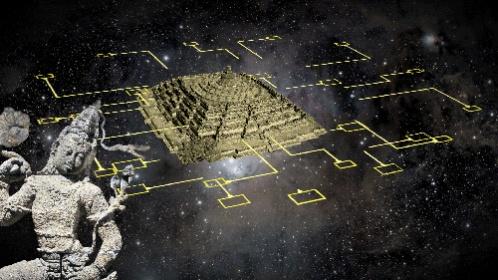 Gargantuan: The final project is immense, including 65 Gigabytes of data. It includes 400 interactive files that offer viewers 360-degree panoramic views of aspects of the temple. (Courtesy Taman Wisata Candi Borobudur)

“Borobudur is a place where man meets the divine within himself,” says Titus Leber of the Buddhist temple that sits 40 kilometers from Yogyakarta in Magelang, Central Java.

For most tourists, a visit to the temple, which first came to European attention in 1814, takes less than a day. However, for Leber, an Austrian-born writer, director and multimedia creator, it took significantly longer.

He spent four years developing Borobudur: Paths to Enlightenment, a virtual encyclopedia cataloging all of the stories depicted on every one of the temple’s panels.

“In every sense of the word, Borobudur is a gold mine,” he said.

It is the largest Buddhist complex in the world. The temple, designated a UNESCO landmark, has 1,460 bas-reliefs that depict more than 15,000 characters.

Since restoration, work at the complex began, Borobudur has become a major site for Buddhists and a destination for local and international tourists.

Leber was inspired to digitize the wisdom of the temple’s panels for pilgrims and tourists who might not understand the rich stories contained therein.

“People look at Borobudur and see a pile of dead stones — like an archeological artifact,” Leber says. “But it’s not only a story in pictures. Borobudur is actually the equivalent of a large Hollywood movie.”