The discovery and first dates of the paintings in Grotte Chauvet provoked a new debate on the origin and characteristics of the first figurative Palaeolithic art. Since then, other art ensembles in France and Italy (Aldène, Fumane, Arcy-sur-Cure and Castanet) have enlarged our knowledge of graphic activity in the early Upper Palaeolithic. This paper presents a chronological assessment of the Palaeolithic parietal ensemble in Altxerri B (northern Spain). When the study began in 2011, one of our main objectives was to determine the age of this pictorial phase in the cave. Archaeological, geological and stylistic evidence, together with radiometric dates, suggest an Aurignacian chronology for this art. The ensemble in Altxerri B can therefore be added to the small but growing number of sites dated in this period, corroborating the hypothesis of more complex and varied figurative art than had been supposed in the early Upper Palaeolithic. 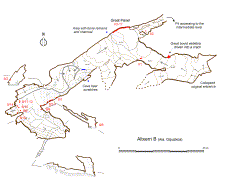 Figure 2. Plan of Altxerri B Cave, marking the position of the samples taken for radiocarbon dating. 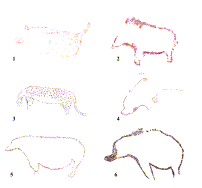