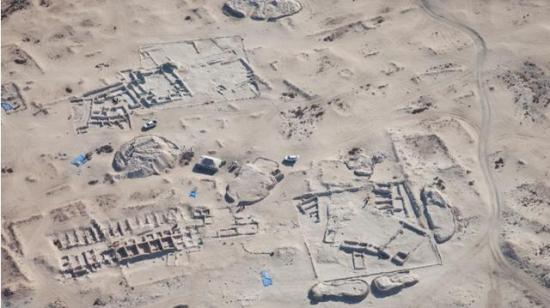 Today, revenues from natural gas, petroleum, and oil, keeps Qatar at the top of the list of the world's richest countries.

But there was a time when pearls were one of the area's main commodities, and these shimmering natural products were traded far and wide.

Archaeologists from the University of Copenhagen, Denmark, are heading an excavation of the abandoned city of Al Zubarah in Qatar--a once thriving pearl fishery and a centre of commerce in the 1700s.

According to the archaeologists, these sand-covered ruins record rare and fascinating relics from the Gulf’s past.

“Cities such as Doha, Dubai, and Manama have very few remnants of history, but Al Zubarah is fascinating because it has been abandoned and preserved without being disturbed by modern development," says Moritz Kinzel, a researcher with the Institute of Cross-Cultural and Regional Studies at the University of Copenhagen and one of the archaeologists excavating the site.

Al Zubarah had its brief heyday in the late 1700s, when residents enjoyed the city’s mosques, marketplaces, palaces, libraries, and the port, which was vital for international trade.

"It was an influential city. Historical sources tell us that there was a rich cultural life with poets and important religious schools," says Kinzel. 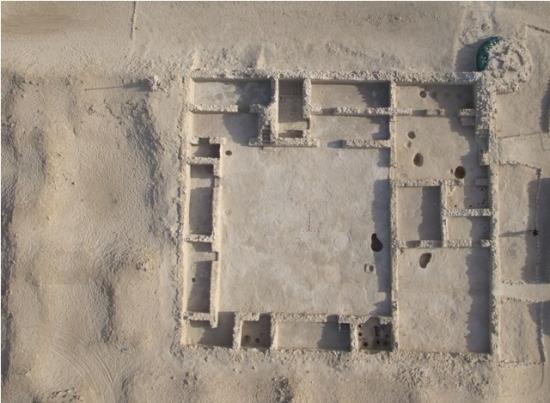 Scientists have only excavated a small part of the city so far. When the 10-year project ends, scientists hope to have excavated about five per cent of the city. (Photo: QIAH / University of Copenhagen)

The archaeologists believe that it was primarily people from Utub tribe in Kuwait who founded Al Zubarah around 1760 CE. It quickly rose to one of the Persian Gulf's most important trading centres.

One of the date-pressers, a so-called 'Madbasa', which was used to produce date syrup to spice up the pearl traders rice while at sea. (Photo: QIAH / University of Copenhagen)

"The pearls from Al Zubarah were sent by sea to India. From there, they were sent on to the rest of the world. In Al Zubarah, we also found porcelain from China and Japan and coins from Germany, so it was a thriving global trading network, 250 years ago," says Kinzel.

Trade in Al Zubarah was tax-free, and whilst this no doubt benefitted the local merchants, Kinzel and his colleagues believe that it was also the beginning of the end for Al Zubarah.

“Al Zubarah was neither under the influence of the Ottoman Empire or the British. People could trade freely and build their own businesses. But it didn’t last,” says Kinzel.

“The Sultan of Oman wasn’t happy about the growing influence of the city in the area and he sent his fleet to Al Zubarah in 1811. The city was then bombarded, destroyed, and abandoned," he says. 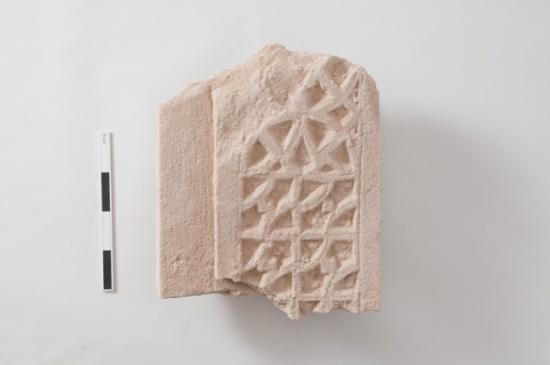 Researchers have found beautiful ornaments in the houses in Al Zubarah, like this section of doorframe found in the palace. (Photo: QIAH / University of Copenhagen)

Al Zubarah became increasingly forgotten and eventually the encroaching sands took over, preserving the city as a time capsule of a forgotten way of life.

Excavations since 2009 have unearthed pottery, decorated fragments of buildings, metal objects, and wooden boxes. They even found stone diving weights used by the pearl divers. 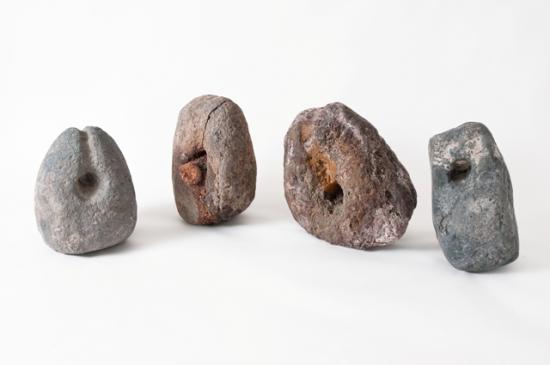 In its heyday, Al Zubarah was a thriving centre of commerce, dominated by a massive pearl industry. Archaeologists have found stone weights that pearl divers used to get deeper into the ocean to find their treasure. (Photo: QIAH / University of Copenhagen)

"We’ve excavated three main areas in the city; a residential neighbourhood with courtyards, a market area where pearls were traded, and a huge palace. The palace is very impressive--it occupies 10,000 square meters, with nine yards and four towers," says Kinzel.

By the end of the project in 2019, they hope to have excavated about five per cent of the city.