Why are some structures and ancient remnants of human activity visible only from a bird’s eye view? Source: archeolot.pl

Does aerial archaeology involve digging aircraft wrecks? Or maybe the search for ancient flying machines? Or maybe something completely different? The film "Is There An Archaeologist Onboard" has just been published online to answer this question.

"The history of aerial archaeology is as long as the history of aviation - explained Piotr Wroniecki, one of the initiators of the production. - The method is not only used to document the known archaeological sites, but, most of all, to find new, unknown places, inhabited even thousands of years ago".

According to the filmmakers, aerial photos are one of the best ways to study archaeological landscape. They offer a broader view, and allow to notice and identify the objects that are elusive from the Earth's surface.

"With modern technology, aerial archaeology allows anyone to become an explorer - argues Wroniecki. - Today if is very easy to fly into the air and take pictures, and if you are scared of heights, you can send the camera up or watch satellite images of the Earth without even leaving home. Anyone can try their hand at aerial photography and search for archaeological sites in the photos."

How do photos taken from the aircraft show things hidden under the ground? Any human activity - whether it's a trench, a mound, a barrow or burned settlement - leaves a trail. If it protrudes above the ground, it can form a shape with regularity that can only be seen from the air. It can be seen on the ploughed and sown field, in the form of a different colour of the soil or plants.

The recently published open licence film introduces the viewer to the basics of the method and its history. The film contain interviews with Polish specialists in this field - Prof. Włodzimierz Rączkowski from the Institute of Prehistory, Adam Mickiewicz University in Poznań, and pilot - archaeologist Krzysztof Wieczorek, a multiple world champion in precision flying. The producers also prepared a version of the film with English subtitles. 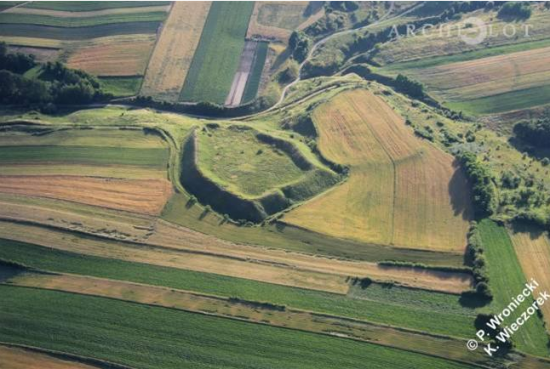 The film was made in the years 2010-2014 by aerial archaeology enthusiasts Stanisław Maksymowicz and Piotr Wroniecki. This non-profit project has been completed without any institutional financial support. Interestingly, during filming the authors made a number of scientific discoveries in a radius of 150 km from Kraków, further confirming the effectiveness of the method in Poland. During several plane flights they found dozens of archaeological sites from different periods. 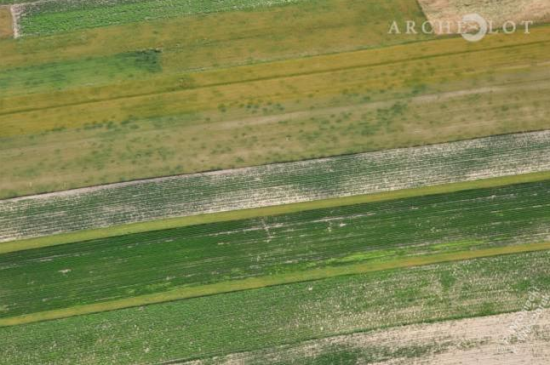 Detailed information about the project "Is There An Archaeologist Onboard" and the film itself are available at: http://www.archeolot.pl/. The site also features a gallery of aerial photographs taken during production of the film, as well as additional information for those taking their first steps in aerial archaeology.