Analysis of pollen found on pottery buried with a young woman more than 4,100 years ago has identified plants used for medicinal purposes.

The woman's bones, including a skull and teeth, were discovered at Achavanich in Caithness 30 years ago.Known as "Ava", an abbreviation of Achavanich, she is the subject of a long-term research project managed by archaeologist Maya Hoole. Ms Hoole said the presence of the pollen "raises interesting questions".Last year, forensic artist Hew Morrison created a facial reconstruction of Ava. Now the results of other research have been published. Analysis of pollen recovered from a decorated beaker buried with Ava identified various plants and trees. 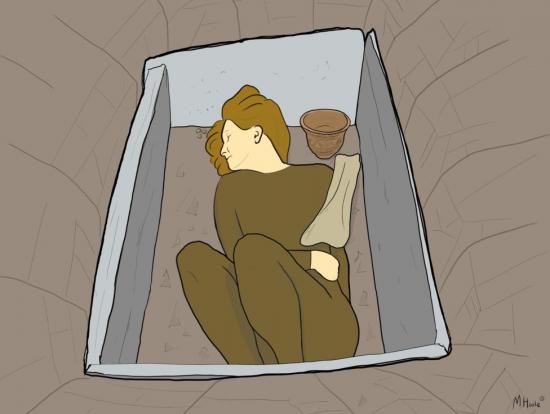 An illustration by archaeologist Maya Hoole of Ava's burial

Archaeologist Ms Hoole said: "Of the pollen recovered the majority were from trees and shrubs including birch, pine - most likely Scots pine - hazel and alder. "Heather was also identified, as well as grasses, meadowsweet and St John's wort. "The inclusion of meadowsweet proves interesting as it has also appeared at other Bronze Age burials elsewhere in Scotland. "The presence of both meadowsweet and St John's wort may represent a deliberate inclusion of flowers within the burial. Interestingly, both of these plants are also considered to have medicinal properties." The archaeologist added: "The presence of several different species of plant which are considered to have medicinal properties raises interesting questions: was this intentional, and was it in any way related to whatever caused the death of this individual?"

A skull and other remains were found at a Middle Bronze Age burial site in 1987
Other results of the latest research included:: 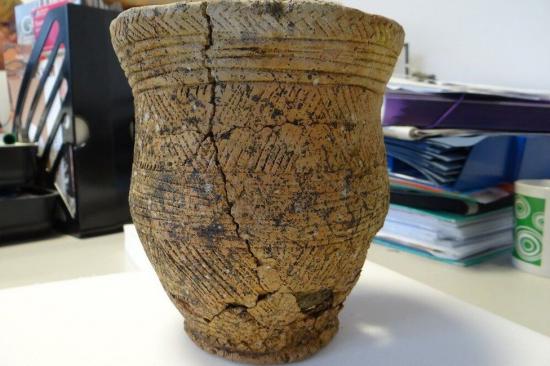 Ava was buried with a decorated beaker