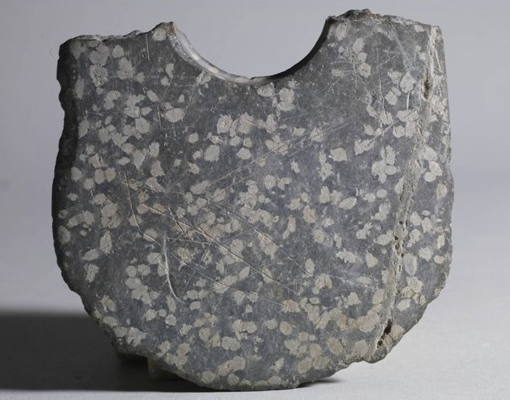 Markings etched on an unearthed piece of a stone ax are thought to represent a primitive type of writing. AP

Archaeologists say they have discovered some of the world's oldest known primitive writing, dating back 5,000 years, in eastern China, and some of the markings etched on broken axes resemble a modern Chinese character.

The inscriptions on artifacts found south of Shanghai are about 1,400 years older than the oldest written Chinese language. Chinese scholars are divided over whether the markings are words or something simpler, but they say the finding will shed light on the origins of Chinese language and culture.

The oldest writing in the world is believed to be from Mesopotamia, dating back slightly more than 5,000 years. Chinese characters are believed to have been developed independently.

Inscriptions were found on more than 200 pieces dug out from the Neolithic-era Liangzhu relic site. The pieces are among thousands of fragments of ceramic, stone, jade, wood, ivory and bone excavated from the site between 2003 and 2006, lead archaeologist Xu Xinmin said.

Evidence of words
The inscriptions have not been reviewed by experts outside the country, but a group of Chinese scholars on archaeology and ancient writing met last weekend in Zhejiang province to discuss the finding. They agreed that the inscriptions are not enough to indicate a developed writing system, but Xu said they include evidence of words on two broken stone-ax pieces.

One of the pieces has six wordlike shapes strung together to resemble a short sentence.

"They are different from the symbols we have seen in the past on artifacts," Xu said. "The shapes and the fact that they are in a sentence-like pattern indicate they are expressions of some meaning." 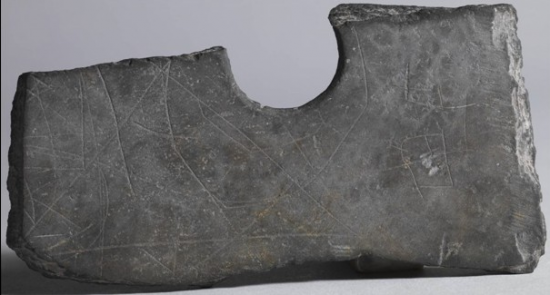 Scholars are debating whether the shapes etched on stone axes should be considered writing in the formal sense of the word. AP

The six characters are arranged in a line, and three of them resemble the modern Chinese character for human beings. Each shape has two to five strokes.

"If five to six of them are strung together like a sentence, they are no longer symbols but words," said Cao Jinyan, a scholar on ancient writing at Hangzhou-based Zhejiang University. He said the markings should be considered hieroglyphics.

He said there are also stand-alone shapes with more strokes. "If you look at the composition, you will see they are more than symbols," Cao said.

'Primitive writing'
But archaeologist Liu Zhao from Shanghai-based Fudan University warned that there was not sufficient material for any conclusion.

"I don't think they should be considered writing by the strictest definition," Liu said. "We do not have enough material to pin down the stage of those markings in the history of ancient writings."

For now, the Chinese scholars have agreed to call it primitive writing, a vague term that suggests the Liangzhu markings are somewhere between symbols and words.

The oldest known Chinese writing has been found on animal bones — known as oracle bones — dating to 3,600 years ago during the Shang dynasty.