Grand-Pré - For 15 years, archeologists have been searching for what remains of a 17th century Acadian parish church in Grand Pré.  And by using modern archeological techniques, including equipment that searches for the "magnetic footprint" of a building, researchers believe they are getting closer to the site of the long-ago destroyed church. Fowler and his team are testing that theory by analysing the soil on the site. In addition to digging up physical artifacts, the team uses electromagnetic sensing equipment (the EM38B), which measures the ability of the soil to conduct a magnetic force. As well as the church, the team is looking for evidence of Acadian villages that once stood in the area. Fowler says there were approximately 3,000 Acadians who lived in the area before 1755. 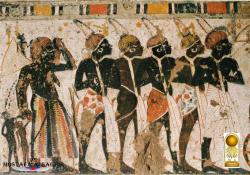 Qurnat Marey - Antiquities Minister, Dr. Eldamaty is to open three New Kingdom Tombs . Eldamaty clarified that the three tombs that will be opened for the first time are among the most important tombs of the Nobles at this period and they are: Tomb TT 40 of " Imn hotep – Hwy" Deputy of King Tutankhamun in Kush and Governor of the South Lands, Tomb TT 277 of " Imnement" who carried the title of the godfather of Imn hotep III palace, in addition to Tomb TT 278 of " Amunemheb" who was the keeper of Amun Re Cattle in the New Kingdom. 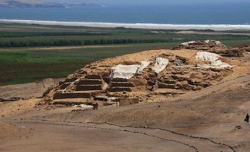 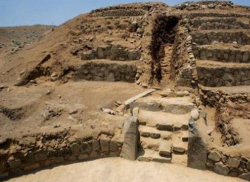 Aspero - This impressive archaeological site, Áspero, lies on the coast, just 500 meters from the Pacific Ocean. Sitting along the right bank of Supe River, the surrounding natural environment is made up of sandy hills, wetlands, fields and marine life. Located in norte chico, the complex of Áspero consists of pyramids, stairs, platforms and circular ceremonial plazas; very similar to the features of Caral. Some archaeologists have found objects, including flutes made of bird bones birds, necklaces formed from spondylus (mollusc) as well as fishing gear used by the ancient inhabitants. The archaeological site is made up by 30 buildings in total, among them Huaca Alta (the largest); Huaca of the Idols, where clay figures were found; and the Huaca of the Sacrifices, that served as a center for the human offerings to the gods.