Aslantepe - Excavations at the Aslantepe tumulus near the central Anatolian city of Malatya have unearthed a large building containing two spearheads and a necklace, all of which appear to date to the early trans-Caucasian culture. Excavation work continued this year on part of a structure in the southern portion of the tumulus that is believed to be the world’s first palace, the head of the Aslantepe excavations, Professor Marcella Frangipane of Rome’s La Sapienze University, told members of the press. Some other buildings found to the north of the palace in earlier phases of the excavation date from the Bronze Age, she said. “We also dug below part of a city wall dating back to 2,800 B.C., and found a palace hall underneath it. In the middle of this hall, we found a large Bronze-Age building, reflecting features common to the early trans-Caucasian culture. So far only smaller buildings belonging to this culture have been discovered; this is the first time we have found such a large building. It shows us that there was an important person here,” Frangipane said. As for the objects found in the building, Frangipane said, “Just as we do in every year’s work, we found many ceramic pieces and shards. We restored those, and gave them to the Malatya Museum. We also found two beautiful copper spearheads that look like they came from the javelins used in the palace.  We also found a necklace made of tin, with very beautiful decoration, which is the most important of our findings. I have never seen something like it before.” The excavation work in the area will end for the season on Oct. 9, Ziya Kılınç, the representative of the Culture and Tourism Ministry at Aslantepe tumulus said. “The early trans-Caucasian culture originated in northern Mesopotamia. It dates back to the early Bronze Age in Anatolia, from 3,100-2,900 B.C. The large building we found this year shows us that there was an aristocracy among the early trans-Caucasian culture, and they lived in palaces,” Kılınç said.

Milford - Examining the bones of ancient catfish, archaeologist Tonya Largy discovered the site of an American Indian "fish fry’’ that took place 600 years ago on the banks of the Sudbury River. Christa Beranek and her students have been digging through the grounds at Gore Place to learn more about 18th century agriculture and horticulture at the historic Waltham estate. An archaeologist for the National Park Service, Alicia Paresi, will discuss the excavation of the house of Capt. David Brown, who led Minutemen in the Battle of Concord in 1775. 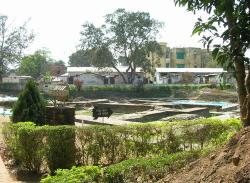 Ambari - Plans are afoot to develop an archaeological park at the Ambari archaeological site of the city. At this site remnants of an ancient city dated back to 2nd century BC was found during the latest excavation conducted jointly by the State Directorate of Archaeology (DoA) and the Archaeological Survey of India (ASI). This has proved beyond doubt that Guwahati is an over 2000-year-old city, that is, it existed even during the Shunga-Kanishka period of Indian history. The DoA has already made communications with the offices which have been occupying the site to vacate the place for the purpose of setting up the park. It needs mention here that at the Ambari archaeological site, the Guwahati office of the ASI, the city office of the Anundoram Borooah Institute of Language, Art and Culture, office of the Indian Art History Congress and the Guwahati Press Club are located, besides the office of the DoA. The DoA has proposed to remove all the old buildings of the site and to excavate the entire site fully to expose its remaining archaeological potential and thus to provide a heritage site to the people of the State in the heart of the State capital, said Archaeology Director Dr H N Dutta. 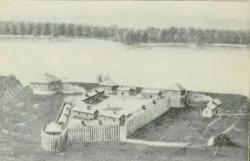 Fort Madison - Fort Madison, along with her sister gun battery Fort Severn, were part of the “Second System” of defensive coastal fortifications constructed in the early 19th century under the direction of President Thomas Jefferson.  Vital harbors along the East Coast were chosen to protect the commerce of the nascent United States.  The two forts were constructed starting in 1808 and completed by 1811 to protect the harbor of the City of Annapolis, Maryland.  The battery of Fort Severn was located on what is now the US Naval Academy grounds where Bancroft Hall stands.  Fort Madison was located on the north side of the Severn River on the Naval Support Activity (NSA) property in the marksmanship training area.  Artifacts recovered in the spring of 2012 during Phase I archaeological testing located some remains of Fort Madison from where  it stood from 1808 to the early 1930s.  The materials consist of brick, cut sandstone, granite, and concrete.  All of the fort structure related materials are documented in US Army Corps of Engineers plans and period construction documents. Other artifacts such as prehistoric debitage and bullets document land use before and after the fort’s tenure.

Londres – The discovery of ancient bones has held up work on a £20m leisure centre which is part of the £1.5bn Elephant and Castle regeneration. The current sports facilities were built on the site of a church and graveyard. Southwark council knew the site would be need to be investigated by archaeologists before demolition could start, but it had anticipated the experts would have finished by July. The council expected that part of its archaeological work would unearth remains from the burial site, which dates back to medieval times. However, after the initial excavations, it was discovered that the extent of the findings is greater than originally anticipated.