Dafnounta - Archaeologists in Greece have stumbled upon the remains of a sanctuary to Asclepios, the ancient god of healing, during the construction of a highway in central Greece, a project official said on Monday. “We were fortunate enough to find this previously unknown sanctuary,” supervising archaeologist Maria-Fotini Papaconstantinou said. She added that her team had “raced against time” to study and relocate the findings before the bulldozers moved in. “It was just before the deadline for excavation when we would have had to hand over the site to construction,” she said. “In six months we carried out work that could have taken at least two years.” The sanctuary was found some 200 kilometres north of Athens on the outskirts of the ancient port town of Dafnounta, near the present city of Lamia. It dates to the fifth century BCE and is one of the oldest associated with the cult of Asclepios — and best preserved — ever discovered in Greece, the archaeologist said. Its modest size, 30 by 15 metres, suggests that it was near a small provincial town, she said. The remains of the sanctuary, which had been visited and cited by the Greek historian Strabon in the first century AD, were found during construction on the new Patras-Athens-Thessaloniki highway in 2005-2007. Its identity was confirmed thanks to the discovery of snake-shaped offerings and jewels and shards bearing the healing god’s name. Asclepios, son of the sun-god Apollo, carried a snake-entwined staff which remains a symbol of medicine today.
The entire sanctuary was removed stone by stone using cranes and rebuilt at an adjacent location as it lay directly in the highway’s path, Papacon-stantinou said. The largest Greek shrine to Asclepios is in Epidaurus in the southern Peloponnese peninsula. 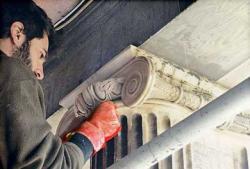 – x Athènes - The excavations at the Ancient Agora of Athens, which began in 1931, represent without question the greatest contribution made by the American School of Classical Studies (ASCS) to Greek archaeology. With the majority of the expanse uncovered thanks to the School and its donors, such as the Rockefeller Foundation, excavations at the site have led to the discovery of some 160,000 items dating from Neolithic times to the 19th century. Now, despite the economic crisis that has hurt every area of cultural and research activity, the ASCS is not only continuing its work tirelessly, but has even picked up the pace, bringing the kind of good news that we so sorely need with the recent announcement by the general secretary of the Ministry of Culture, Lina Mendoni, the director of the ASCS, Jack Davis, and the head of the First Ephorate of Antiquities, Eleni Kourinou, that the first floor of the Stoa, which has been closed for the past 30 years, will be opened to the public in mid-May. The Stoa of Attalos is among Athens’s finest monuments. Archaeological research has revealed that the ancient shopping mall was built in 150 BC by Attalos II, king of Pergamon, who gifted it to Athens.

Worcester - The ramparts of an Iron Age hillfort are clearly visible for the first time in 50 years and plans are in place to protect them for future generations. Malvern Hills Conservators helped to preserve Midsummer Hill thanks to £3,800 from Natural England, in a partnership which also included the National Trust, which owns the site, and English Heritage. The plan for the nine-acre site, which is designated a Scheduled Ancient Monument and a Site of Special Scientific Interest, is to create a walking route around the base of the first rampart. Scrub and secondary woodland have been cleared from the area and the work is hoped to allow the species-rich acid grassland to thrive and wildlife to flourish. “Unlike the British Camp Iron Age hillfort, the ancient earthworks of Midsummer are barely recognisable so the management will improve the visibility of the earthwork as well as protecting the ancient archaeology for future generations and enhancing wildlife. 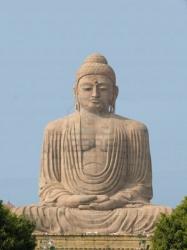 Dantan - The ruins of a sprawling Bouddha Bihar and several relics of the late Gupta period have been unearthed at Dantan in West Midnapore. The relics include a two-metre long 10th century Buddha idol, a map of the Bouddha Bihar and a dozen other figurines. These could lead to other significant discoveries, according to experts of the Calcutta University which undertook the excavation at Mogolmari. A report on the findings will be sent to the Archaeological Survey of India (ASI).  An eight-member team from the university's archaeology department, led by Ashok Datta, started digging in the area on March 13. The sixth phase of the excavation work got over on Monday. "There were 10 Bouddha Bihars in the country, out of which three happen to be in present-day Bengal. Mogolmari is one and the discoveries suggest that there could be many more relics hidden here. This particular Bouddha Bihar seems to have been built between the seventh and the 10th centuries - the late Gupta period. The Buddha image could have been created around the 10th century," said Datta.  During the first phase of the excavation, which started in 2003, the first signs of a settlement were found. In the second phase conducted in 2007, idols of Buddha, Ganesha and Lakshmi were found on the eastern and southern fringes of the 60m by 60m area. Earthen lamps and decoration were also excavated. During the next phase in 2008, stone images, stacco jewellery, Pali scripts and cells measuring five square feet in area were found. The following year, the entrance to the Bouddha Bihar, a land map and 200 cowries were found. Excavation, however, came to a halt for the next three years and was re-initiated this month. "Work on the Dantan Bouddha Bihar should continue. "This area was probably known as the Dantapur Mahavihar, from which Dantan got its name. We would have more clues about the history of the place if we could lay our hands on more relics," added Datta.

CHINE – Dalou - A complex of ancient tombs was discovered at the project site in Dalou village, Bengbu city, Anhui province in earlier 2012, according to Bengbu Municipal Administration of Cultural Heritage. It contains 60 ancient tombs dating back to Han Dynasty (206 BC – AD 220) or Tang (618 –907) and Song (960-1279) dynasties. The earliest tomb can date back to more than 2,000 years ago. With further archaeological excavations, the mystery of the tombs was gradually unveiled. Archeologists have recently found a beautiful and exquisite tomb built in the period of Jin Dynasty (AD 265–420) or the Northern and Southern Dynasties (AD 420 - 589 ), which unearthed many precious cultural relics although it had been robbed for many times. The tomb numbered 36 locates in the middle of the tomb complex and the structure of its rooms is very exquisite, consisting of front, back and side rooms. Archeologists found that the front and back rooms had been ransacked by grave robbers while the side rooms are well preserved. Many pottery wares, porcelains, ironware, coins and jade and stone wares had been found successively. The tomb maybe was built in as early as the late Eastern Han Dynasty (AD 25–220 ) judging from the objects unearthed. But viewing from the porcelains, it should be built in the periods of Jin Dynasty or the Northern and Southern Dynasties, said Zhao Lanhui, director of Cultural Relics Department of the Bengbu Administration of Cultural Heritage.