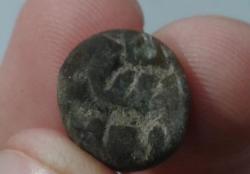 Jerusalem – A rare 3000-year-old seal dating back to the periods of Kings David and Solomon in the tenth century BCE, was recently discovered by a 10-year-old Russian volunteer at Jerusalem’s Temple Mount Sifting Project. The dating of the seal corresponds to the historical period of the Jebusites and the conquest of Jerusalem by King David, as well as the construction of the Temple and the royal official compound by his son, King Solomon. Apart from the seal, hundreds of pottery shards dating to the 10th century BCE have been discovered within the Temple Mount’s historic soil, including a rare arrowhead made of bronze and ascribed to the same period by its features. 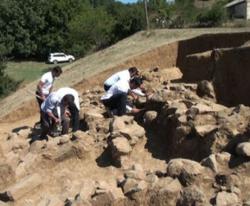 Palidli - A Bronze Age burial site has recently been discovered in Azerbaijan. Parviz Gasimov, an official at the Archeology and Ethnography Institute of the Azerbaijan National Academy of Sciences confirmed that the “Karabakh” archaeological expedition headed by Hidayet Jafarov uncovered the relic in the Palidli necropolis, located between Mirashelli and Yuzbashili villages of Agdam region. The excavations in the Palidli necropolis have been ongoing since 2009 and thus far some 36 graves have been found. Before the excavations in Palidli, similar graves have been never seen in the Karabakh region. This year, archeologists found a grave that had an iron sword with bronze handle and sheath inside. The scientists claim that the grave belongs to the leader of a rich army. Earlier this summer, during their research, the scientists came to the conclusion that the graves found in the Palidli necropolis traced back to the XII-XI centuries BC. One of the graves, which were two meters wide and tall, differed from others in the rich archeological materials found inside. The corpse in the grave laid curled on its right side. A bronze belt clung to his waist and three swords hung from it, demonstrating that the body belonged to a young knight. Inside the grave, archeologists also found a figure of a horse's head, a bronze medallion and a cudgel, symbolizing that he hailed from the ruling class. Some eight potteries that were buried under the body’s head, shoulder, knee, and foot were also discovered by the archeologists. The findings discovered in the necropolis indicate that people of different social strata were buried here. They show that in the late Bronze and early Iron Ages, people in this territory were engaged in a variety of crafts, including pottery, proving that the population of Karabakh used iron. 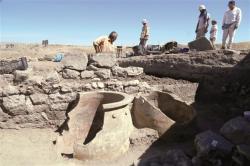 Kaniş-Kültepe-Karum - Three massive, mysterious amphoras have been unearthed during excavations in the Kaniş-Kültepe-Karum archaeological field in the central province of Kayseri. While still unsure as to their use, experts say it would be difficult to produce the amphoras, even with today’s technology. The three structures, which have a capacity of about 2.5 to 3 tons each, were discovered in the southern section of the palace area. Archaeological works in one of Turkey’s most important excavation fields, the Kültepe-Kaniş-Karum mound, have unearthed huge amphoras from 4,000 years ago. The head of the excavations, Ankara University Professor Fikri Kulakoğlu, said that during works in the southern part of the excavation field, they had found the amphoras in different sizes next to each other. “The amphoras can easily take six-seven people at one time.”  He said two of the amphoras had been unearthed up to their top portions, while works were continuing for the removal of the third one.  The excavations in Kültepe frequently reveal surprises every year, but this is the first time something like the massive amphoras have been discovered, he said. The three structures, which have a capacity of about 2.5 to 3 tons each, were discovered in the southern section of the palace area, Kulakoğlu said.“Since the third amphora has received too much damage, we did not want to remove the earth on it in the initial stage. We saw that the top parts of the other two amphoras were broken and that the broken pieces had fallen into the cubes. We removed these pieces and numerated them. When the work is done, we will try to fix the cubes like their originals,” said Kulakoğlu. The professor said the first examinations showed that people had fixed the amphoras with lead 4,000 years ago instead of throwing the broken portions away. “It is also significant that the amphoras were repaired in their original location,” he added. Kulakoğlu said the examinations also showed that the amphoras had been used to keep grain and that they had taken samples to find out what exactly had been kept in the amphoras. “Archaeobotany experts will be able to find out what was in them,” he said. The professor said it would have been impossible to produce the giant amphoras elsewhere before bringing them to their current resting place. “We believe that they were produced in this place, which was the storage unit of the palace administrator. After finding the amphoras, we talked to masters in Nevşehir, known as the center of this profession. They told us that the amphoras had been produced on a wheel in their current place within a few days. We discovered that they were not produced as a whole but in pieces. Then these pieces were joined.”Kulakoğlu said the cubes were cooked in a furnace-like place created around the field.

Kamenovo - Archaeology in Bulgaria reports that 6,500-year-old graves of three adults and one child have been discovered underneath a former school yard in northeast Bulgaria. Earlier this year, the team of archaeologists, led by Yavor Boyadzhiev of the National Institute and Museum of Archaeology, Dimitar Chernakov of the Ruse Regional Museum of History, and Dilen Dilov of the Razgrad Regional Museum of History, found a flint-tool workshop from the same time period near the newly discovered necropolis.
Pottery and flint tools were found in the graves, and the child’s grave contained three beads made from Spondylus shells, which suggest that the residents had a trading relationship with people living near the Mediterranean Sea.
Flint bowls painted with black, red, and white were found in one of the adult graves. 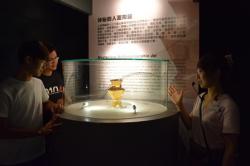 Shihsanhang - A possibly 1,800-year-old pottery vessel unearthed over a quarter of a century ago in northern Taiwan was recently put back on display at New Taipei City-based Shihsanhang Museum of Archaeology. Dug up in 1989 at Shihsanhang Archaeological Site in Bali District, the red-brown earthenware object with a human face on its body is the only one of its kind found in Taiwan. Experts consider the piece to be a burial item, indicating the existence of religious rituals on the island during the Iron Age. SMA Director Wu Hsiu-tzu said one of the distinctive characteristics of the vessel is the pattern comprising circles and dots on its collar and bottom. “But what really stands out is the expressive face, with its slit-like eyes, protruding eyebrows, delicate mouth and large ears.”According to SMA, the artifact was excavated 1.5 kilometers from Tamsui River and belongs to the culture of the Kaitakelan people. Spanning Langyang Plain and Taipei Basin, the site was one of the ethnic group’s political and economic centers in northern Taiwan. Shihsanhang was discovered in 1957 by the late Lin Chao-chi, a geology professor at National Taiwan University. Although a number of promising finds were made during small-scale digs, it was not until construction of Bali Sewage Treatment Plant that a more comprehensive excavation program was initiated. This led to the unearthing of the vessel, as well as animal bones, beads, iron tools and shells. It also saw the area designated as a grade-two historic site in 1991 by the Ministry of the Interior. 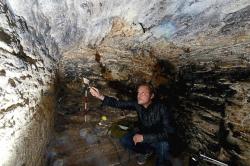 Ludlow - Parts of what was once Ludlow’s medieval drawbridge have been rediscovered and recorded for posterity in the basement of the Wheatsheaf Inn. The pub stands next to the Broad Gate, the last survivor of Ludlow’s seven medieval gates that still stands between Broad Street and Lower Broad Street.

ITALIE – Florence - Italian archaeologists trying to solve the mystery behind the identity of one of the world's most famous models have said that they had found shards of bone which could have belonged to Mona Lisa. The team is certain that Florentine Lisa Gherardini was the mysterious woman who sat for Leonardo da Vinci's portrait, but after years of research on skeletons unearthed in the Tuscan city, they have just one bit of femur that might match - and even that is too damaged for DNA testing.