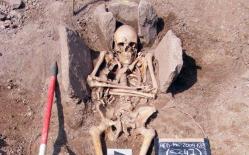 Hereford - Archaeologists have found what they believe could be the "earliest tax exiles in history", after digging up the remains of bodies around Hereford Cathedral and finding most of the men were foreigners. Experts examined the remains of thousands of bodies around the 12th century cathedral as part of an extensive two-year-old project to restore the area. A study of teeth belonging to its oldest residents showed the majority of men were immigrants from Normandy or North Wales, while all the women were local. Historians investigating the surprising results then found a statute from the era, post-Norman Conquest, which dictated that any man moving to the area who married a local woman did not have to pay taxes. The area around the cathedral is estimated to have up to 40,000 bodies buried, with around 2,500 of them being excavated and 700 carefully studied to discover their glimpses into life, disease, accident and injury from the Norman Conquest through to the 19th century. Among the star finds include a Norman knight who survived severe jousting injuries, a women with her hand severed, in what could be a punishment for theft, and a leper, as well as later examples of ornate Victorian mourning.

INDE – Girija Valley - The Archaeological Survey of India (ASI) has stumbled upon thousands of archaeological specimens in around 45 villages falling within the 80-km stretch of the Girija valley in Aurangabad. Archaeologists said that the antiquities indicate the existence of rural settlements of the Satvahana dynasty, Vakataka dynasty, Yadava dynasty, Bahmani and Mughal, Maratha dynasties. They said that this stretch and the 51 villages in it have hitherto remained unexplored and were earlier thought to contain no archaeological remains of historically important dynasties. The find is therefore the first of its kind in Marathwada, indicating the existence of the rural settlements of these dynasties here. An ASI archaeologist said that the recent explorations were undertaken along the Girija river valley. The Girija river originates from the hill station Mhaismal in Aurangabad and flows towards the east, meeting the Purna river. "The valley stretch is about 80km and has close to 51 villages, out of which 45 villages were found to have archaeological remains. The earliest sites whose evidence was found from here date back to the Satavahana period, from 2nd century BC to 2nd century AD. The remains we found also indicated that these sites continued to flourish as Vakataka dynasty sites as well. The Vakataka dynasty originated from the Deccan in the mid-third century of the current era and is responsible for the excavation of the Ajanta caves," he said. The river stretch explored lies between the Ajanta and Ellora caves. The Ellora caves are on the western face of Mhaismal plateau. "Till now, we have only known about the kings of the Vakataka dynasty, but the dynasty did have a population of what one could call common folk. There is also evidence of the Yadava dynasty having lived here. There is, however, less evidence of the Yadava dynasty (9th century AD to 12th century AD) site here. Remains of the temples point to the Yadava dynasty having existed here. In one of the villages called Dongargaon, the remains of the Yadava temples have been used by the villagers to build another temple," he said. The explorations also indicated the existence of the rural settlements of the Bahmani period, which spanned the 13th to 15th centuries. The finds: 300 antiquities. Terracotta objects like sculptures, beads (glass and terracotta), bangles (glass and terracotta), iron objects like nails, dagger or knife fragments. Yadava period sculptures, mostly of Shiva and Vishnu, carved in stone. 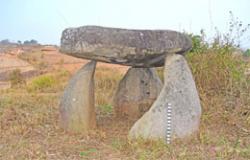 Karbi Anglong - In a significant development, a team of archaeologists from the State’s Directorate of Archaeology discovered several new megalithic remains in Karbi Anglong district in a recent exploration drive. Megaliths have high archaeological value in knowing the cultures of the tribes of the NE region. The team had explored the entire Hamren subdivision for the purpose. Technical Officer Deori told this correspondent that the team explored a rich megalithic site called Nonjirong which dominates the western plateau of Hamren in Karbi Anglong giving an archaic picturesque landscape. Although many of the monuments here have crumbled or disappeared due to natural disaster, still a quite large number of them are standing. Nonjirong has undulating terrain, sparse vegetation, including pine trees and numerous rock formations. Among the five megalithic sites of Nonjirong, three sites have been previously reported. Two new sites have been discovered by the team which have immense archaeological potential. Deori said that in its search for the megaliths, the team had visited Ronghan Lindole, Umchera, Rongali (Tikka), Mokoidhrum, Mowsalai and Muput, besides Nonjirong village. Ronghan Lindole is the place of residence of the Karbi king, which is at present looked after by the Karbi Anglong Autonomous Council. It is situated on the top of a hill. The team visited and documented a site known as Hithi, located on a bank of a stream Umrenkhang. Both dolmen and menhir variety of megaliths are found at the site. The size of the menhirs varies from 1.53 metre (m) to 0.58m while that of the dolmen slab varies from 1.35m to 1m found resting at the highest height of 0.88m from the ground level. The megalith in Umchera is a single menhir erected by the side of a gravel road on the way to Kanduli. The front side of the menhir is flat and the backside is semi circular in shape. The upper portion is tapering towards the top. The measurement of the menhir is 2.95m×1.18m×0.80m (length×breadth×thickness). Among the megalithic sites of Hamren subdivision, only the Tikka site is protected by a concrete boundary wall by the Karbi Anglong Autonomous Council. The site has eight upright stones with dolmen slabs.

INDE - Keeladi -  A coconut grove in Keeladi village in Sivaganga has turned out to be a treasure trove of archaeological artefacts. The excavation team from Archeological Survey of India (ASI) has found evidences of human settlements that date from early historic days to the 16th century. The site at Keeladi, situated south-east of Madurai, is located at a strategic point on the ancient highway- modern national highway 49- extending to Rameswaram. It is surrounded by various historical places like Kondagai and Manalur.  Assistant archaeologist at the site M Rajesh said Manalur had found mention in the Sangam literature as the seat of power of Pandya kingdom. There is a mound called Pallichandai Thidal in Keeladi village where the excavation is taking place. Thidal or elevated mound symbolises ancient settlement, he explained.  "The entire area was known as Kuntidevi Chathurvedhimangalam, named after a Pandya queen. It fell under the territorial unit of Velur Kulakizh. It was located within the water spread of Velur tank fed by Vaigai river. There is an inscription about it in the village temple which dates back to the time of the Pandya king Kulasekara I (1268-1311 CE). Kuntidevi Chathurvedhimangalam was later split into many villages. The present-day Kontagai stands in that area. The evidence for the settlement ends with an inscription written in 1545 CE, during the period of Visvanatha Nayak.  "We could trace the continuous human settlements on the site till the 16th century. It later turned into a coconut grove. It could have been an important trade point because of the ancient road connecting Madurai with the Pandya port town Alagankulam," Rajesh said. 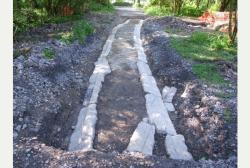 Devon - New evidence of one of South Devon's world famous "super highways" has been uncovered. Archaeological excavations on the Stover Canal at Ventiford Basin have uncovered a 70 metre stretch of what is believed to be a siding of the Haytor Granite Tramroad. The 12km tramroad was constructed in 1819-20 by George Templer of Stover, to move granite from the quarries at Haytor, on Dartmoor, down to the coast for shipment to London and elsewhere. At Ventiford, the tramroad linked up to the west side of the Stover Canal – built by Templer’s father James between 1790-2 – and from there the stone was carried by barge to Teignmouth, via the Teign estuary. A small section of the newly-recorded tramroad siding was first exposed last December after contractors had started work on Devon County Council’s new cycle trail between Newton Abbot and Bovey Tracey. Further excavations have been carried out more recently which have since revealed an intact 30 metre section. A further 40 metre track has been confirmed by test trenching using a mechanical excavator, and by ground-penetrating radar (GPR), funded by Devon County Council and provided by SWH Civils, the contractor currently working on the cycle trail. 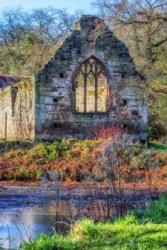 Brockhampton Estate - A Herefordshire estate enclosing a ruined chapel built a century after the Norman Conquest will be at the centre of archaeological investigations this summer. Brockhampton Estate is thought to have an Anglo-Saxon name, suggesting that a settlement may have existed there before 1066. The earliest heritage within the modern grounds – the chapel site – was probably constructed during the 1180s by the Brockhampton Family, who were first recognised in a charter dated from 1166. “The project is focusing upon the early history of the estate – in particular the origins of Lower Brockhampton House and the chapel,” says Christopher Atkinson, the Project Archaeologist for the Summer of Archaeology initiative.
http://www.culture24.org.uk/history-and-heritage/archaeology/art527410-summer-of-archaeology-excavations-to-begin-at-estate-with-anglo-saxon-roots-and-12th-century-chapel