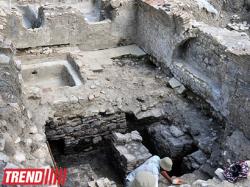 - An archaeological expedition from the Institute of Archaeology of Azerbaijan's National Academy of Sciences (ANAS), which was conducting work in the Sheki, Gakh and Oghuz regions has discovered new monuments belonging to antic period of Caucasian Albania. According to the report, the expedition team carried out excavations in the settlement and necropolis area of Yonjaly located in Fazil village in the Sheki region and during the excavations several burial chambers were found at the necropolis. 'As a result of these excavations, we got opportunity to follow the history of antic Albania in Caucasus. It was found the upper part of the necropolis is entirely a cemetery. The history of this cemetery coincides with the period of the Yonjaly- Gadabay culture', the report said. There are five archaeological monuments in the area surrounding the village of Fazil and in the village itself.  These monuments have been protected by the Ministry of Culture and Tourism of Azerbaijan since 2002.

x Archeologists in Italy have set about making red wine exactly as the ancient Romans did, in order to see what it tastes like. Based at the University of Catania in Sicily and supported by Italy's national research centre, a team has planted a vineyard near Catania using techniques copied from ancient texts and expects its first vintage within four years. At the group's vineyard, which should produce 70 litres at the first harvest, modern chemicals will be banned and vines will be planted using wooden Roman tools and will be fastened with canes and woven juniper leaves, as the Romans did. Instead of fermenting in barrels, the wine will be placed in massive terracotta pots – traditionally big enough to hold a man – which are buried to the neck in the ground, lined inside with beeswax to make them impermeable and left open during fermentation before being sealed shut with clay or resin. "We will not use fermenting agents, but rely on the fermentation of the grapes themselves, which will make it as hit and miss as it was then – you can call this experimental archaeology," said researcher Mario Indelicato, who is managing the programme. The team has faithfully followed tips on wine growing given by Virgil in the Georgics, his poem about agriculture, as well as by Columella, a first century AD grower, whose detailed guide to winemaking was relied on until the 17th century. 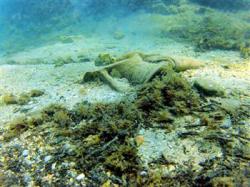 Limantepe - Marine archaeologists express excitement at the discovery of an Ottoman ship with valuable Dutch cargo just off the coast from Urla in İzmir. The sunken vessel is the latest in a long line of ships that have been found in the area. Plates from ship will be brought out of the water and exhibited. Work has begun to unearth and exhibit ship remains from different eras that were discovered during an underwater excavation in the 6,000-year-old town of Limantepe on Turkey’s western coast.  A sunken 17th-century Ottoman merchant ship that was transporting plates from the Netherlands will be brought out of the water and exhibited. Twenty underwater archaeologists, under the direction of Professor Hayat Erkanal, are taking part in the excavations in Limantepe, the site of a prehistoric settlement which witnessed humanity’s passage from being hunter-gatherers to farmers. Limantepe was also a settlement during the Roman period, but an earthquake or other cataclysmic event that took place in the sixth-century B.C. submerged the port. The excavations, coordinated by the Ankara University Underwater Research and Application Center (ANKÜSAM), are continuing on the base of the port that dates back to the seventh-century B.C. Erkanal has reported that they discovered many ship remains from different eras and items that came out of these ships, which have been desalinated in a laboratory in preparation for exhibition. Limantepe, known as Klazomenai during the Classical age, encompasses a vast region underwater, meaning excavations are likely to continue in the upcoming years, said Erkanal. Of the many ship remains found, a vessel from the seventh-century B.C. and an 18th-century Ottoman warship were taken into complete preservation underwater, according to Erkanal. Another ship was also discovered by fishermen 400 meters from the excavation site at a depth of 17 meters. After the analysis of the new discovery, the ship was determined to be a 17th-century Ottoman merchant ship. Noting that the ship had sunken along with plates that it was transporting from the Netherlands 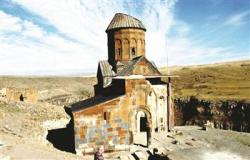 Ani - Excavations have begun anew at one of Turkey’s most impressive tourist sites, the ancient city of Ani, which straddles the border between Turkey and Armenia in the eastern province of Kars. “When we speak of Ani, we call it an ‘iceberg.’ The visible surface is one-tenth of the invisible face of Ani. This is why the invisible side is important of Ani. Hopefully, the invisible side will come to light during the upcoming excavations.