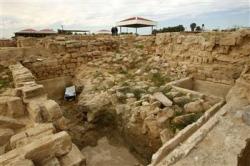 Saint Hilarion / Tel Umm al-Amr - A haven of peace in the sea of concrete that is the Gaza Strip, the crumbling remains of the Holy Land's oldest monastery are in danger of disappearing for lack of funds to preserve them. Saint Hilarion, also known as Tel Umm al-Amr, draws its name from the fourth century hermit who came from southern Gaza and is considered to be the father of Palestinian monasticism. Its life close to the Mediterranean shore spanned more than four centuries -- from the late Roman Empire to the Umayyad period. Abandoned after an earthquake in the seventh century, it was uncovered by local archaeologists in 1999.But today, "it's a complete mess -- archaeologically, scientifically and on a human level," laments Rene Elter, a researcher at the Ecole Biblique, a French academic institution in Jerusalem, who is responsible for trying preserve the site. "We have to save Saint Hilarion," Elter told AFP. "The situation is critical and we risk losing the site. It is imperative that something is done quickly; otherwise it will be lost, lost forever." Just over a year ago, the Palestinians submitted Saint Hilarion to be included on the World Heritage List of UNESCO, the UN cultural organisation. 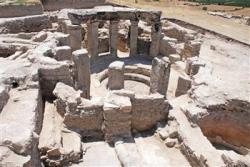 Karahayıt - The remains of a 1,500-year-old thermal Turkish bath (hamam) have been uncovered during an excavation of a thermal tourism center in the Aegean province of Denizli. The excavations in the settlement area started two months ago. There were two different constructions found in the same area. One is a Turkish bath with circular architecture and the other is a thermal structure. Demir said that they had found very important traces in the excavations and added, “We never assumed we could find such a structure.It is a natural Jacuzzi from 1500 years ago. This structure can be counted as the initial plan of the thermal center we are planning to build. There are canals coming from the upper side. The thermal sources of Pamukkale and Karahayıt combine in this little pool and are distributed from here. There are also marble covered baths which are not usually seen. We are trying to build the structure that was built 1500 years ago. Now there is a thermal health center construction in Karahayıt.”

Assouan - On the west bank of the Nile at Aswan where the Qubbet Al-Hawa (Dome of the Winds) ancient Egyptian necropolis is located, three dozen members of an armed gang attacked five of the tombs and robbed their contents recently, also illegally excavating the site as several holes were found nearby. The Qubbet Al-Hawa necropolis is named after the domed tomb of a Muslim Sufi saint located on the crest of the hill. The area consists of a large collection of rock-hewn tombs of ancient Egyptian nobles from the Old, Middle and New Kingdoms who ruled Aswan during different ancient Egyptian dynasties. The tombs’ walls are decorated with vivid paintings depicting scenes of their owners’ daily lives, as well as their different titles and biographies. They also feature hieroglyphic texts showing the noblemen’s journeys to Africa. Many of the tombs are linked together as family members added their own chambers. The tombs are mostly quite deep in the hillside and therefore are very dark. They are arrayed on two levels, the lower one for the tombs of the Old Kingdom nobles and the higher ones for those from the Middle and New Kingdoms. The tombs that are open to the public include the tombs of father and son Mekhu and Sabni, who were both governors during the long reign of the Sixth Dynasty Pharaoh Pepi II. They also include the tomb of Sarenput, a local governor and overseer of the priesthood of Satet and Khnum under the 12th Dynasty Pharaoh Amenemhat II (1922-1878 BCE). This is one of the most beautiful and best-preserved tombs, and its walls still bear the remains of vivid colours. The tomb of Harkhuf, governor of the south during the reign of Pharaoh Pepi II, is little decorated, except for remarkable hieroglyphic texts, while the tomb of Hekaib, also known as Pepinakht, overseer of foreign soldiers during the reign of Pharaoh Pepi II, has fine reliefs showing fighting bulls and hunting scenes. The same is true of the tomb of Sarenput I, grandfather of Sarenput II and governor during the 12th Dynasty reign of Pharaoh Sesostris I (1965-1920 BCE). 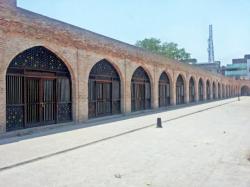 Peshawar - While the east wing of Gor Gathri, a historically rich and diverse site, has almost decayed, the tourism and archaeological department plans to utilise the undamaged parts of the complex in a bid to revive Pukhtun heritage. Gor Gathri houses many important cultural structures including the 17th century Guru Goraknath temple, a mosque, and a historical firehouse, circa 1912, which is now in a state of ruins. Nidaullah Sehrai, director of the archaeology department, told The Express Tribune, “Gor Gathri will not be used for commercial purposes as was reported in the news earlier, but will be used to highlight the dying crafts of Peshawar.” 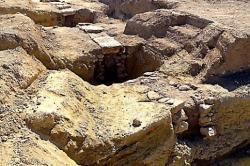 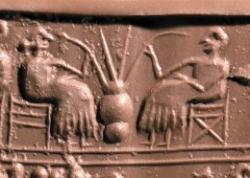 Great Lakes Brewing Company, based in Cleveland, Ohio, is going back to its roots—way, way back, some 5,000 years to the earliest recordings of brewing from Sumer, the first civilization in Mesopotamia. With the help of archaeologists from the University of Chicago, the company has replicated a Sumerian recipe using only tools that would have been available in the fourth millennium B.C.E.—ceramic vessels and wooden spoons. While beer is mentioned in Sumerian texts from 3200 B.C.E., the recipe and instructions used by Great Lakes Brewing are based on the Hymn to Ninkasi (c. 1800 B.C.E.), a song dedicated to Ninkasi, the Sumerian patron goddess of beer. Despite being flavored with spices, the Sumerian brew created by Great Lakes is very sour. While the company plans to sweeten future batches with honey or dates, it still might be too acidic for the modern palate. Interested in trying it? Although Great Lakes does not intend to sell the Sumerian beer, they are planning to feature it at events this summer in Cleveland and Chicago.

Soverato – A stone anchor dating back to the Greek-Roman period was recovered from the sand in shallow water off the coast near the Calabrian town of Soverato. The medium-sized rock anchor was identified by the Paolo Orsi Archaeological Group. The Italian Coast Guard assisted with the recovery and is holding the anchor in their Soverato offices.