Today's reverse mullet is a dead ringer for the glib hairstyle, popular among the old Irish warrior class. Fashion is a flat circle.

A 16th-century woodcut has revealed the Irish to be the original hipsters – when it comes to hairstyles, at least.

The 16th-century style was known as a “glib,” and was very popular among the Irish warrior class. 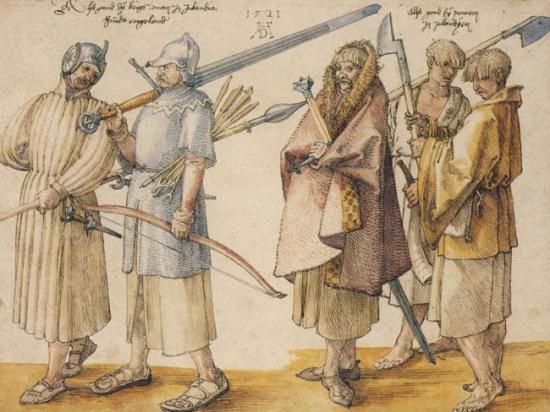 This striking hipster resemblance was first pointed out by archaeologist Colm Moriarty, who runs the excellent blog Irish Archaeology.

He writes, “I soon discovered that, far from being unusual, this distinctive hairstyle was actually very popular among the native Irish during the 16th century.

“Referred to as a ‘glib’ this style involved the hair at the back and side of the head being trimmed short, while at the front and top it was allowed to grow long, resulting in a large fringe, which fell down over the face.”

Moriarty quotes the following passage from Laurent Vital’s account of Archduke Ferdinand of Spain’s visit to Kinsale in 1517: “for they (Irish men) were shorn and shaved one palm above the ears, so that only the tops of their heads were covered with hair. But on the forehead they leave about a palm of hair to grow down to their eyebrows like a tuft of hair which one leaves hanging on horses between the two eyes.” 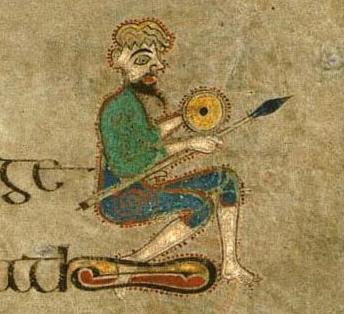 Soldier from the Book of Kells.

Though it is from centuries earlier, the Book of Kells depicts a soldier with a similar hairstyle.

The distinctively Irish haircut was apparently “despised” by the English, who attempted to outlaw it in 1537 and in the 1570s.

It’s a good thing they didn’t, or glib fan Miley Cyrus would be in big trouble.

So too would Gifboom user Conner, whose post speaks to the joys of the contemporary glib haircut: