Tilaurakot - Ruins of a wall built during the Mauryan empire have been recovered during an excavation in Tilaurakot, Kapilvastu. Maurya era bricks measuring 47 cm long, 26 to 28 cm wide and 7 cm thick were used to build the wall. The wall with nine-ten layers of bricks has been recovered in the middle of Tilaurakot, an ancient Shakya capital city where Siddhartha Gautam spent his princely life before he became the Buddha. A geophysical survey of the Tilaurakot premises conducted in 2014 showed a 30m long, 30m wide structure in the sunken land and a wall around it. The geophysical survey revealed an empty space in the middle which is believed to be a pond. The fresh  excavation found the walls encircling the pond. During an excavation in 2016/17, archaeologists had discovered the south-west and the south-east corners of the pond. The fresh finding of the wall ruins has been linked to those two corners, said archeologists involved in the excavation. Various structures and goods from around 2,400 years ago, which was confirmed by carbon dating, were recovered at different times during the excavations.
https://kathmandupost.com/province-no-5/2022/06/13/ruins-of-maurya-era-wall-unearthed-in-tilaurakot-kapilvastu 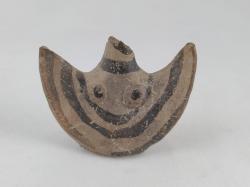 Ayasuluk – A 3,200-year-old Mycenaean statuette has been found in the ongoing excavations at Ayasuluk Hill in western Izmir province's Selçuk district. The statuette, which reveals a possible connection between Hittites and Mycenaean civilizations in the Ephesus region, could change the perspective on the history of civilization in Western Anatolia during the Bronze Age. During the excavations a Mycenaean figurine with a height and width of about 5 centimeters (1.97 inches), whose head and feet could not be found, was unearthed, as well as ceramics from the Bronze Age. The statuette also strengthened the idea that Apasa, the capital of the Arzawa – a kingdom affiliated with the Hittites – was founded in the Seljuk and Ephesus regions, and that there was an interaction between the Hittites and Mycenaean civilizations in many areas such as trade. The Mycenaean statuette found here suggests that it may have been imported material, that is, it might have come from the islands. As it was quite expensive to bring materials from abroad, it makes us think that the people of this region also had financial power. We discovered oysters in a particularly well-eaten state, as well. These findings suggest that the upper class could access this food and import goods from abroad. The Mycenaean figure and the oyster shells actually complement each other like pieces of a puzzle. The Mycenaean statuette dates back to 1200 B.C., according to the excavation head. As the material of this find suggests that it was imported, it also proves that there was a strong Bronze Age settlement in the region.

Xi'an - A photo of figure "No.28" was released by the Emperor Qinshihuang Mausoleum Site Museum in Xi'an, Northwest China's Shaanxi Province, on Saturday. Unlike other Terracotta Warriors statues found at the mausoleum, which are usually in a sitting or standing pose, "No.28" is kneeling on the ground and leaning backwards to its back that touches the ground. The statue was discovered in mausoleum Ppit "K9901," which was first discovered in 1999. Nearly 30 figures were found in the pit.  No.28 was discovered in a severely damaged state. Through nine months of efforts, the 84 fragments that were discovered were pieced together, although the statue is still missing parts of its hands and head. The repaired statue measures 154 centimeters in length and weighs 101 kilograms. In addition, the restorers also found some unique marks on No.28 left by the craftsman during its production. For example, three fingerprints can clearly be seen on the surface of the statue, providing an important clue for current research. 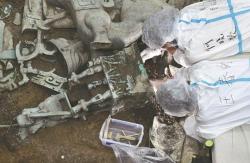 Sanxingdui - Cultural relics that are more than 3 millennia old and feature previously unknown shapes were recently found during an archaeological excavation in the Sanxingdui site in Sichuan province, and they appear to be a mysterious yet key part of ancient Chinese civilization. Ran Honglin, a leading archaeologist on the project, said in a news conference on Monday in the Sanxingdui Museum in the city of Guanghan that 3,155 cultural relics in complete structure－including 1,238 bronze wares and 543 gold and 565 jade artifacts－were recovered from six pits on the site. Including broken parts and fragments, a total of 13,000 relics offered new clues to the ancient civilization of Shu. The ancient state of Shu dominated what is today's Sichuan province, but documentation on the state is insufficient. Ran said new carbon-dating results on about 200 relics in the pits showed they dated from 1131 to 1012 BC, about 3,200 to 3,000 years ago, during the late period of the Shang Dynasty. 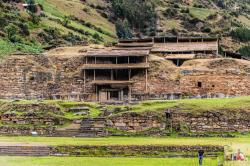 Chavin de Huantar - Long before the Inca Empire was founded, the Andes mountain range was a hotbed of peoples who climbed from one side of the mountains to the other, connecting the Pacific coast with the Amazon jungle through enormous efforts. The best example of that ingenuity is the Chavín de Huántar. At 280 miles northwest of Lima and at an altitude of 10,498 feet above sea level, this dense network of roads and stone galleries was an administrative and religious center halfway between one side of the mountain range at least 1500 years before the Christian era. In 1985, it was declared a World Heritage Site, but a team of archeologists from Stanford University just discovered that it is much more complex than previously imagined. A few years ago, the team decided to use small devices (such as cameras) to "map" those passageways that they were unable to explore in the traditional way. It was not until the first months of 2019 that the archaeologists found something interesting — a hidden network of passageways and other objects under one of the most important prehistoric temples in South America. The expectations were great, but before they could examine the new evidence, the pandemic closed the site and threatened to rebury the discovery in the heart of the mountain. They forgot all about it until a few weeks ago, when they finally announced the discovery of at least 35 connecting passageways that were built between the years 1,200 and 200 B.C.E.  According to John Rick, the director of the research, these passageways may have been built before the temple's labyrinthine galleries. In the same month of May, Rick and his team were able to access a narrow passage of about 40 centimeters in diameter and found two sculptural vessels (one of which featured the figure of a condor and weighed 17 kilos). These ceramics have "features of the earliest times ever seen," he told Reuters. He also said that the environment was used only for ceremonies and represents a transitional space of time between the late pre-ceramic site of Caral, and the middle and late formative as it was known before Chavin. "It is a gallery, but very different from another form of construction, it has features of earlier times that we have never seen in galleries," Rick told Andina.

Heliopolis - On his part, Dr. Mustafa Waziri, Secretary-General of the Supreme Council of Antiquities, stressed that the new archaeological discovery has great importance, as it is the first time that antiquities from the reign of King Khufu have been discovered in the Ain Shams area, which may have been parts of an unknown building or may have been transferred from the Giza pyramids area to be used as building materials in the Ramesside era, a period in which the use of stones from the oldest historical buildings became common. Other discoveries by the mission, headed by Ayman Ashmawy and Dietrich Raue, in the western periphery of the site include the foundations of a courtyard, a pedestal of Amasis (570-525 BC), as well as several altar installations that indicate they were constructed in the Late Period. Ashmawi said that numerous fragments of statuary, mainly sphinxes recently uncovered, provide evidence for the continuous royal presence in the area by kings Amenemhat II, Sesostris III (1882-1842 BC), Amenemhat III (1842-1795 BC), Amenemhat V (1776-1773 BC), Thutmosis III (1479-1425 BC), Amenhotep II, Amenhotep III, Horemheb (1319-1292 BC), Ramesses II (1279-1213 BC), and Seti II (1204-1198 BC). He added that longstanding investment in Matariya’s Temple of the Sun is evident by the many stele, naos, and altar fragments of Amenemhat IV (1802-1793 BC), Sobekhotep IV (1712-1701 BC), Ay (1323-1319 BC), Seti I (1290-1279 BC), Osorkon I (925-890 BC), Takeloth I (890-877 BC), and Psametik I (664-610 BC). Fragments of a quartzite model with miniature sphinxes by Amenhotep II and a base of a colossal baboon statue of red granite were also unearthed. All fragments were discovered in various debris layers belonging to Roman, Late Roman, Early Islamic, Mamluk and Ottoman periods. “For the first time fragments of the Fourth Dynasty king Khufu (c. 2580 BC) were found in Heliopolis,” said Raue, adding that they may belong to a hitherto unknown building precinct of Khufu at Matariya, or they could have been brought from the pyramid district at Giza as building material during the Ramesside Period. “Excavation work also provided additional evidence for the earlier history of the area,” asserted Raue, pointing out that several layers of Dynasty Zero (Naqada IIIB) (c. 3100-3000 BC) have been identified. Vast layers of pottery debris indicate ritual activities in the earlier third millennium BC as well as an intense distribution activity during the third and fourth dynasties (c. 2686-2494 BC). Old Kingdom activity is also confirmed by a red granite fragment of Pepy I (c. 2280 BC) with the depiction of Horus, he pointed out.