Shanidar Cave - Researchers have uncovered the remains of yet another Neanderthal inside Kurdistan’s Shanidar Cave north of Erbil. It is the third such Shanidar discovery for the British-led team, and just the latest ancient human remains found at the site dating back to discoveries in the 1950s.British archaeologist Graeme Barker, whose team made the discovery Tuesday, told Rudaw the remains found in the Shanidar cave date as far back as 35,000 B.C., and his team is currently investigating why Neanderthals went extinct. The cave is located in the Zagros Mountains in the Kurdistan Region of Iraq near the Turkish border.Modern excavations at Shanidar began under American archaeologist Ralph Solecki and his Columbia University colleagues from 1951 to 1960. The Solecki team recovered the fossilized remains of 10 individuals dating to between 65,000 and 35,000 years ago.It was considered a grand discovery in the history of human evolution. Solecki’s finds showed evidence that the Neanderthals living in Shanidar may have practiced early medicine and ritual burial, signifying a belief in the afterlife. Another Neanderthal found by the Solecki team may have died due to a stab wound, signifying an early instance of inter-human conflict and weapons use. 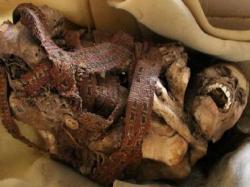 Chan Chan - A mummy was found in front of the archaeological complex Chan Chan, and delivered to the Directorate of Culture of La Libertad, Trujillo this afternoon, according to El Comercio. The mummy was found in the district of Huanchaco in Trujillo in a cardboard box wrapped with rope, in front of the large ancient archaeological complex. A group of cleaning workers discovered the remains at 7:30 a.m. this morning, which is expected to have been robbed from its original burial location and transported to the central berm of a road leading to the beach of Trujillo. Later today the mummy was then taking to the police station of Huanchaco where they investigated its discovery. From there, the mummy was taken to the staff of the Directorate of Culture of La Libertad. Ministry of Culture sources told El Comercio that the mummy is most likely a pre-hispanic mummy. “It’s not a Chimu mummy,” they ruled out. Therefore, they suggest it is of another pre-hispanic culture. The local authorities have begun to conduct in depth research and data compilation to better conserve the archaeological complex of Chan Chan. A team of researchers recently collected 8,000 photographs taken by a drone to better understand the entire complex. 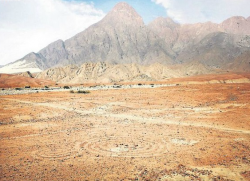 Trujillo - The geoglyph, Triple Spiral, dating back to 600 years ago and located in Trujillo was destroyed by agricultural invaders within the last month, according to El Comercio.Archaeologists have determined that the geoglyphs design belongs to a phase later than that of the Chimu culture. The figure was considered one of the most well-known of the geoglyphs recorded in the region.

Istanbul - Eight Byzantine-era tombs have been unearthed during the restoration of a building on İstiklal Avenue in Istanbul’s Beyoğlu district. It was the first time such tombs were discovered in the area, according to officials. After a skull was unearthed during the restoration, archaeologists from the Istanbul Archaeology Museums began excavations and unearthed eight tombs dating back to the fourth or fifth century. The archaeologists estimate there may be similar tombs beneath other neighboring buildings. Along with the tombs, a large number of potteries, chandeliers and plates from the Ottoman and Byzantine eras were also found. Carbon testing would be used to determine the age of the skeletons in the tombs. Sedat Bornovalı, the head of the restoration team, said they had first unearthed a skull found under a large piece of tile. 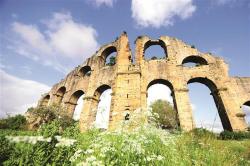 Aspendos - The aqueducts in the ancient city of Aspendos, located in the southern province of Antalya’s Serik district, have witnessed centuries of history.  The one-kilometer-long and 15-meter-high aqueducts, which bring water to Aspendos from the mountains, reveal the talent of the engineers who built them. These rare and ancient artifacts are called the lifelines of the city.  The aqueducts also garner attention because of their stones, selected and formed by the hands of master builders. An inscription in Aspendos reads that the aqueducts were built by Tiberius Claudius Italicus for the service of the city.  Because of their architectural features and construction, the aqueducts are thought to have been built in the middle of the 2nd century.  For centuries, there have been many legends told about the aqueducts. The most famous story is as follows:  The King of Aspendos had a beautiful and attractive daughter as his sole child. Numerous young nobles wanted to marry the girl. Because of the high number of suitors, the king, in order to justly solve the problem, declared, “I will marry my daughter to the one who constructs the most magnificent building.” There were two architects who wanted to marry the princess and they both presented two wonderful buildings. One constructed the theater and the other one constructed the aqueducts. The king decided to give his daughter to the architect of the aqueducts, but, while visiting the newly finished theater, he suddenly heard a whisper, “I am going marry the king’s daughter. I am going to marry the king’s daughter.” The king was surprised. As he tried to find the origin of the voice, he noticed the architect was standing on the scene. The king, noticing the excellent acoustics of the theater, shouted at him, “Dear architect, from now on, my daughter belongs to you.”  And according to the legend, these two young people were married in a perfect wedding ceremony held in the theater, which is just as famous as the aqueducts. 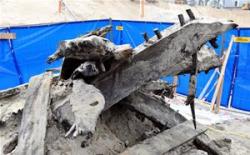 Świnoujscie - Wooden boat wreck recently discovered in Świnoujscie (Western Pomerania) is more than 100 years old, according to the preliminary findings of the West Pomeranian conservator. Detailed studies will provide more detailed information on the age of the find. The conservator has already examined part of the wreckage. According to his preliminary examination, the wooden vessel could have been built in the nineteenth century or earlier - told PAP West Pomeranian deputy conservator Tomasz Wolender. He added that more detailed information about dating or purpose of the vessel will be known after the commissioned studies are completed. The wreck was found near the beach, where previously there was no land; at this spot the sea throws sand on the beach causing it to enlarge. It can be assumed that the boat was pushed and sank at this spot, it could also have been deliberately abandoned or sunken - Wolender said. This kind of finds are rare on land, studies of them are usually conducted under water - he added. 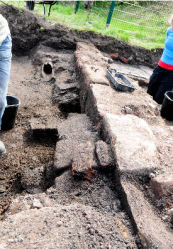 Radcliffe - Work began this week to discover more about Radcliffe Hall and Tower’s medieval past. The Close Park dig is being run by archaeologists from the University of Salford, who initially excavated the site in October 2013. The team is hoping to mark out the medieval foundations of the structure, after a 15th century doorway and stone plinth bases from the great hall were uncovered last year.Vicky Nash, who is leading the dig, said: “The main aim is to finally piece together the foundations of the medieval hall, but also the later development of the site.