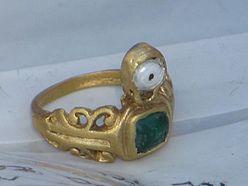 Vinkovci - Archaeologists in Croatia have found an interesting ring from the 3rd century. At the depth of two metres in the soil in eastern town of Vinkovci they have found the ring with an "eye" that was, according to experts, used to protect the holder from spells. Researchers have at the same place found a lot of ceramics that date from first to sixth century. "The ring has a drawn rabbit that tastes a flower and that was seen as a symbol of happiness, while the "eye" represents protection against disasters and spells", Vinkovci City Museum director Hrvoje Vulic has told to local news website Cibalia.info. Researches have started before some building works in centre of Vinkovci, the area known for Roman times area of Cibalia. 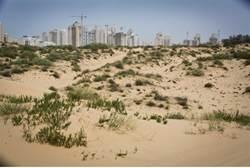 Tel Ashdod-Yam - Rare and unique discoveries were found this summer at the Tel Aviv University Institute of Archaeology excavation site in Tel Ashdod-Yam – located in the harbor city of Ashdod. The institute uncovered a system of fortifications which date back to the 8th century BCE, the remains of buildings, as well as coins and weights from the Hellenistic period.  The excavations were the first of the season and were led by Dr. Alexander Fantalkin. He discovered the remains of a kind of anchorage, a massive wall made up of mud bricks which form embankments. Arutz Sheva spoke with Dr. Fantalkin about the excavations: “We found the system of fortifications extremely well preserved and impressive. This wall, created in the 8th century BCE, is pretty large and was surrounded by ramparts. It’s quite rare to discover such a well preserved sight.”  The history behind Tel Ashdod-Yam is extensive. During the 8th century the southern part of the eastern Mediterranean basin was under Assyrian rule, bringing with it power struggles and wars. Philistine Ashdod is cited in Assyrian inscriptions mentioning insurrections and resistance to the Assyrian regime at the end of the 8th century BCE. The Kingdom of Judah, under King Hezekiah, rejected Ashdod’s call to join the insurrection at that time. In response to the rebellion, Philistine Ashdod was harshly punished and was destroyed by the Assyrian rulers. As a result, the center of gravity passed from Ashdod itself to Ashdod-Yam (some 5 km from Ashdod), where the excavations are now taking place. According to Dr. Fantalkin, it can be assumed that the remains of fortifications that are now being uncovered are related in some way to these events. Excavations at the site have also found the remains of impressive buildings from the Hellenistic period yielding fascinating artifacts including coins and weights. The Ashdod-Yam site has not previously been excavated other than a few exploratory digs between 1965-1968 by the late archaeologist, Dr. Yaacov Kaplan.

USA – Fort Pitt - Archaeologists have begun digging near the Fort Pitt Block House to find remains of its long-buried past, including a cemetery about 250 years old. The excavation — the first on the Point since the land below the floor of the Block House was dug up 10 years ago — started Thursday and continues through Saturday. Without getting their hopes up too high, Block House officials are excited by a 1760s map that shows the location of the cemetery near the Block House. During the flood of 1763, three coffins washed up nearby, according to a journal kept by a Quaker trader living at the Point. “That graveyard sits right here, right where we're standing,” said Weaver, waving her arms at the site of the excavation. In 1953, the Carnegie Museums of Pittsburgh excavated the site and found fragments of the logs of old Fort Pitt, the brass spout of a gunpowder flask and the waste from making musket balls, said Janet Johnson, museum curator of archaeology at the State Museum of Pennsylvania in Harrisburg. She said the Carnegie Museums dug there again between 1964 and 1965. 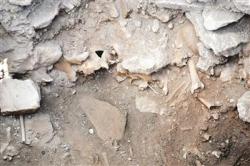 Pisidia Antiocheia - Excavations that have been continuing for four years in the ancient city of Pisidia Antiocheia in the southern province of Isparta’s Yalvaç district have revealed a second well containing the remains of six people.  Last month, the excavation discovered a mass grave of five people in a well on the ancient city’s Cardo Maximus Street. Along with the six human bodies, a pig jaw was also found in the well-shaped hole inside a Roman villa with a pool in its garden.  Süleyman Demirel University Archaeology Department head Mehmet Özhanlı said they were very surprised that they had found two mass graves in one excavation season. “While our works have been continuing on the western side of Cardo Maximus Street, we found five skeletons in a well in a structure. This time we found a well-shaped structure in a Roman house. There were six human skulls and a pig jaw. We have determined that the murdered people were randomly thrown into the well,” Özhanlı said. 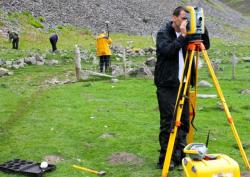 Glenrath - It was a case of standing room only at Peebles Community Centre when the team from AOC Scotland brought members of the public up to date with progress of the community archaeology project that is currently taking place at Glenrath in the Manor Valley. Under the title “Hidden History of the Scottish Borders in the Time of King Arthur”, the Arthur Trail Association and its consultants, AOC Archaeology Group, hope that a series of surveys and excavations will shed new light on life in the Borders during the Dark Ages (fourth to ninth centuries AD). The project has a strong community focus, with outreach activities and public participation by local volunteers. Events and training are free and open to all.

KOSOVO – Klina - Kosovo's Ministry of Culture hailed the discovery of the 300-square-metre Roman-era site in Dresnik, in Klina municipality, northwest Kosovo as “one of the most important in recent decades in the field of archeology”.  The find by the Kosovo Archeological Institute is reportedly unique in Kosovo, as the floor of every room of the building is covered by colourful mosaics. Searches in the area started in 2012. Archaeologists still have not determined the exact period of construction or what its purpose was. As those disputes continue, a separate problem is that Kosovo cannot propose the site for protection under the auspices of the UN Educational, Scientific and Cultural Organization, UNESCO, as Kosovo does not belong to the body. Shkelzen Dragaj, from the Ministry of Culture, told Balkan Insight that Kosovo “has to be a member of UNESCO in order to propose premises, locations or any kind of cultural heritage for protection”.  UNESCO currently has 195 member states and eight Associate Members. A country applying for membership needs to win the backing of two-thirds of the existing members in a vote. Some sites in Kosovo already enjoy UNESCO protection - a legacy of the time when the former Serbian province was under the jurisdiction of the UN body, UNMIK. Kosovo declared independence in 2008.  In 2004, the Serbian Orthodox church at Decani in western Kosovo was added to the list, as were the Serbian Orthodox Patriarchate at Pec, Gračanica monastery and the Church of the Virgin of Ljevisa, together known as Medieval Monuments in Kosovo.

Caherconnell - An archaeologist has described the discovery of the remains of a woman and two children at least 1,000 years old at a dig in the Burren as “very exciting and significant”. The director of the Caherconnell Archaeological School, Dr Michelle Comber, said yesterday there was “an air of excitement” on the second last day of the eight-week summer dig when the remains were discovered. She said the remains were of a “45-year-old plus” woman, a baby aged between one and two years and a very young baby. “The find is unusual and it came as a complete surprise to us,” Dr Comber said. The remains “could be thousands of years old but we won’t know for a couple of months until the results of carbon-dating of the bones are made available”. They definitely pre-dated the construction of the fort or cashel under excavation at Caherconnell which was built about the 10th or 11th century, she added. The remains were contained in stone boxes, or cists, buried beneath the wall of the cashel enclosure at Caherconnell. The smaller of the two contained the remains of the children and the body of the woman was in the second one. “She suffered from joint disease, probably as a result of much physical labour over the course of her lifetime,” Dr Comber said. She said the excavation at Caherconnell “puts the natives back into the picture of medieval Ireland. “We know a lot about the Anglo-Normans at this time who built large castles and towns, but this well-off family at Caherconnell was making a statement that they were going to hold on to their culture, their land and cling to their traditions.” Caherconnell was owned by an important branch of the local Gaelic rulers, the O’Loughlins, in medieval times and it was very possible that the builders of the cashel were ancestors of the O’Loughlins. Dr Comber said that the 2013 excavation, together with previous excavations at the Caherconnell site, “reflect a wealthy family who wore jewellery of bronze, quartz and glass, who hunted and fought, who farmed the surrounding land and who played games and listened to music”.