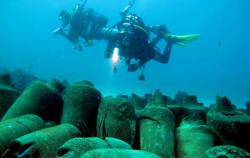 Alassio - Archaeologists have discovered an ancient Roman vessel laden with 3000 jars of delicious Roman fish sauce – or garum – on the seabed off the coast of Italy. The find was presented on Thursday by archaeologists, who spent almost two years searching for the 25-meter wreck in the deep blue waters five miles of the coast of Alassio, in the northeastern Liguria region. "It's an exceptional find that dates to the first or second century AD," Dr. Simon Luca Trigona, who led the team, told The Local. The presence of an ancient vessel on the seabed was signalled to archaeologists in 2012, when local fisherman dredged up fragments of some clay jars that had been part of the vessel's payload 2000 years ago. In spite of the mystery that usually surrounds ancient shipwrecks, it is almost certain that the ship was sailing a route between Italy, Spain and Portugal in order to transport a precious cargo of Roman garum. The clue lies in the shape of the clay jars, as the sauce itself has all since seeped into the sea. “The amphora are almost all of a certain type, which was used exclusively for garum.” Garum – a sauce made by fermenting salted fish intestines - was a mainstay of banqueting tables and street food stands across the Roman empire. The sauce was highly prized for its nutritional qualities and was also a rich source of monosodium glutamate - a compound widely used in the food industry today as a flavour enhancer. In addition to the fish sauce, archaeologists also identified two types of jar which were only manufactured in the area around the river Tiber in Rome. It is thought they were probably being used to transport some of the area's excellent regional wines to the Iberian peninsular. 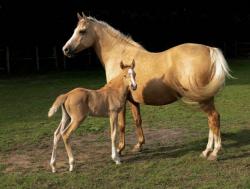 Xinjiang Uygur - The researchers had analysed the remains of five horses found in a nomad tomb complex. The analysis revealed that the tombs were from the Western Han Dynasty (202BC--8AD) in Xinjiang Uygur Autonomous Region. "The colour of the horses body was golden, or palomino, while its mane and tail were nearly white," said Zhao Xin, lead researcher of the project. "Though its not the first archaeological discovery of a golden horse, such genovariation is very, very rare," she told Xinhua agency. The tomb complex was from the 400BC--120BC and a nomad community was buried there. The five horses, that have been found during the excavation, were apparently sacrificed for three people. While three horses were found in the same tomb, only the golden horse was buried with its owner, said Zhao.

Hasankeyf - Europa Nostra, the leading European heritage organization, and the European Investment Bank Institute announced on Dec 10 the 14 monuments and sites shortlisted for “The Seven Most Endangered” program 2016 by an international panel of experts in various fields.  The ancient city of Hasankeyf from Turkey and its surroundings was among those heritage sites. The 12,000-year-old settlement of Hasankeyf is located on the banks of the Tigris River in southeastern Turkey. From Neolithic caves to Roman ruins and medieval monuments, Hasankeyf is a living museum of epic proportions.  Despite its exceptionally rich multicultural history and heritage, 80 percent of Hasankeyf will be flooded if the Ilısu hydroelectric dam project is implemented as planned. 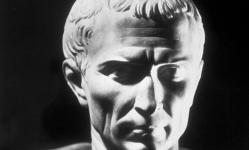 Kessel - Archaeologists claim to have proved that Julius Caesar set foot on what is now Dutch soil, destroying two Germanic tribes in a battle that left about 150,000 people dead. The tribes were massacred in the fighting with the Roman emperor in 55BC, on a battle site now in Kessel, in the southern province of Brabant. Skeletons, spearheads, swords and a helmet have been unearthed at the site over the past three decades. But now carbon dating as well as other historical and geochemical analysis have proved the items dated to the 1st century, the VU University in Amsterdam said. “It is the first time the presence of Caesar and his troops on Dutch soil has been explicitly shown,” said Nico Roymans, an archaeologist at the institution. The two tribes, the Tencteri and the Usipetes, came from an area east of the Rhine and had asked Caesar for asylum. But the Roman emperor refused and ordered his eight legions and cavalry to destroy them, the university said. Caesar wrote about the battle in his account of the Gallic wars, Commentarii de Bello Gallico, but the exact location had until now remained a mystery. He said he wiped out the tribes, which would have meant more than 400,000 dead, but the university said the toll was likely to be 150,000 to 200,000.

Lipník nad Bečvou - The valuable finding was discovered during initial excavations of an archaeological site near Lipník nad Bečvou, a small town on the edge of the Moravian Gate valley. It is a torso of a body, or what the archaeologists call an anthropomorphic sculpture, richly engraved with geometric ornaments. It is about 76 millimetres tall and its head and arms have been broken off. According to the head of the archaeological research at the site Zdeněk Schenk, the statuette must be at least seven thousand years old, since it was found on the site of an early Neolithic settlement: “It is the site of the first farmers settling on the territory of the Czech Republic, who were represented by the so-called linear pottery culture. They settled in the Moravian Gate at the start of the Old Neolithic Period, that’s 5,000 years B.C. We know that they used to build long buildings and they traded stone, which they used for creating tools. They also made pottery for daily use, but also statuettes such as this one.” “In the European context, we call the figure Lipenský idol or Lipník idol figurine, not only because of the location where it was found but because it remotely reminds us of the idol figurines of the Vinča Neolithic archaeological culture from southeast Europe, in what is today Serbia.” 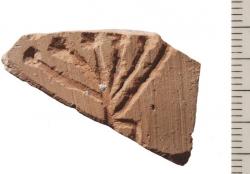 Jerusalem – A 1000-years-old potsherd from the Temple Mount bearing a symbol resembling a menorah may shed invaluable light on a centuries-old debate regarding the menorah’s original design, a noted archeologist said Thursday. Although archeologist Zachi Dvira, co-founder and director of the project, could not see the entire design of the broken sherd, he said it likely represented an attempt to draw the Temple’s menorah. “Based on its clay type and texture, the potsherd dates to the period of Byzantine rule over Jerusalem, from 324 to 640 CE,” said Dvira. “What makes this discovery significant is that it originated upon the Temple Mount itself. The design of the menorah inscribed on the potsherd may shed light on an age-old debate regarding the appearance of the menorah that stood in the Heikal [hall] of the First and Second Temples.” According to Dvira, the origins for the design of the menorah can be found in the Book of Exodus (25:32-40), which states: “And you shall make a menorah of pure gold. The menorah shall be made of hammered work; its base and its stem, its goblets, its knobs, and its flowers shall all be one piece with it. And six branches coming out of its sides: three menorah branches from its one side and three menorah branches from its second side... so for the six branches that come out of the menorah... And you shall make its lamps seven…” Still, the Biblical passage does not provide any indication as to whether the branches of the menorah were meant to be round or straight, leading to a protracted debate among leading rabbinic scholars, including Rabbi Shlomo Yitzhaki – Rashi (1040-1105), Rabbi Abraham ibn Ezra (1089- 1167) and Maimonides (1135- 1204). “Upon the potsherd, the furthermost left branch of what appears to be a menorah cannot be fully seen due to the fracture at that side,” explained Dvira.