- ROYAUME-UNI - Kirkby Lonsdale - A medieval ring unearthed by a Pendle treasure-hunter in Kirkby Lonsdale has been described as the ‘find of a lifetime’. Archaeology enthusiast Craig Scott was on a rare trip out with his metal detector when he found a silver 14th century ring in just six inches of soil in a field. Engraved with the letters ‘IESUS’, two clasped hands and a five point star, experts say the ring is an extremely rare find. The pure silver, religious ring would have been worn by a wealthy landowner to show off his devotion to God. The five point star is also supposed to represent the five wounds of Christ.

Songo Mnara - An exceptionally well-preserved example of an ancient Swahili stonetown on the coast of East Africa will be excavated by an international team of archaeologists from the Universities of York, Bristol, Bournemouth and Rice (USA). The dig at Songo Mnara, a World Heritage site on the southern coast of Tanzania, will enable the researchers to explore aspects of ancient urban planning in coastal East Africa. Songo Mnara is recognised as the most impressive of all Swahili townscapes, including more than 40 coral-built houses and room-blocks, five mosques and multiple cemeteries.  Occupation of the site was brief, from the fourteenth to sixteenth centuries AD, coinciding with the golden age of Swahili stonetowns along the eastern African coast.  Such towns were home to an indigenous and cosmopolitan form of urbanism that linked Africa with the Indian Ocean world system from AD 700 to 1500. 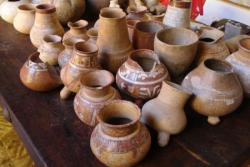 –Nayarit -  A collection of almost 300 archaeological pieces dated between 200 and 1350 AD, considered one of the most important collections of Aztatlan Culture, developed in the lowlands of Nayarit, was received by the National Institute of Anthropology and History (INAH) from the artist Vladimir Cora. The collection of Prehispanic objects will allow specialists to deepen in the knowledge of ceremonial practices of Aztatlan civilization, and is integrated by ceramic pieces such as vessels decorated with ritual sacrifice and solar cult designs, as well as copper rattles, shell and greenstone beads, and travertine zoomorphic urns.  Seals, simple and decorated spindles, projectile heads and figurines, some of them of Mazapa style, anthropomorphic still conserve pigment residues. This heap reflects social experience accumulated throughout 15 centuries of continued occupation at the fertile alluvial plain throughout a long span of adaptation and transformation of the environment, from Late Formative period (0-150/200 AD) to Late Post Classic (1350-1530 AD). Among symbolic designs identified at the Aztatlan complex vessels, which date from Post Classic period (850/900-1350 AD) are celestial belts, sacrificial knives, feather bundles, sea shells, rattlesnakes, fire snakes and stepped frets. High rank characters are represented with rich attires, carrying Tlaloc masks and several skulls associated to grass balls with bones and prickles (zacatapayolli) used for self sacrifice. These elements, as well as the Venus planet glyph, have been identified for the first time in the Aztatlan iconographic repertoire. Currently, the archaeological collection is safeguarded in the warehouse of the Nayarit Regional Museum, and after its registration and restoration, a temporary exhibition will be opened in late 2012 at the museum.

Mayo - Detailed structural surveys are being carried out on centuries-old semaphore stations on the Irish coast, which once placed Ireland at the forefront of early communication technology.  The 81 semaphore stations date back some 200 years - covering the coast from Dublin all the way round to Malin Head on the far north-west coast. The last century and the brutality of the wild Atlantic coastline have seen many of them tumble into ruins and, in some cases, just piles of rubble. They consisted of a large mast with a series of flags and balls used to convey messages by placing the different elements in different positions. Students from the renowned archaeology institute, the Achill Field School, in County Mayo, are now using modern surveying equipment to document the county's eight stations and their guard towers. The guard towers have been particularly neglected by the archaeological community and are not listed in the national Register of Monuments and Places.

- USA – Ouachita Parish - Cadeville Gas Storage recently deeded 30 acres of land known as the Plum Creek Archaic Site to The Archaeological Conservancy. Plum Creek is south of West Monroe in Ouachita Parish. The site has been excavated several times by officials with the University of Louisiana at Monroe. Past archaeological investigations and radio carbon dates have determined that Native Americans were living at the Plum Creek site as long as 5,400 years ago. The Plum Creek site is a Middle Archaic Period (ca. 3500 B.C.) site and the area is named after a timber company that once owned the land. The archeological site was discovered by Bryan Davis and later investigated by Louisiana regional archaeologists Joe Saunders and Reca Bamberg-Jones in 1997. The site differs from the Watson Brake Mound site, even though the two are in the vicinity of each other. The Watson Brake site has mounds whereas the Plum Creek site does not, officials said. Stringer said the Plum Creek site is believed to have been a hunting and fishing camp of sorts for Native Americans who inhabited it. More than 200 baked clay objects were recovered from the area. These objects are made of clay that had been heated hard in a fire. The objects are believed to have lined cooking surfaces and fire pits. The site also is covered in fire cracked rock, an exploded stone used in cooking. Fire cracked rock is common on archaeological sites of this time period, officials said. “There is an abundance of fish remains, snails and mussels there,” Stringer said. “This makes us think Plum Creek was probably a camp. It has no mounds but a really rich midden. In it, we found all types of remains.” Jessica Crawford, Southeast Regional Director for The Archaeological Conservancy, said the donation ensures the Plum Creek site will remain intact and the studies will continue to yield valuable information about the people who once occupied the land. 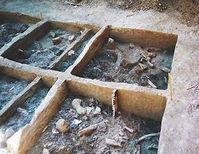 Boyuk Dakhna -  "An ancient monument dating back to the 4th-10th centuries was found in the Boyuk Dakhna village," head of the Archaeology and Ethnography Institute’s Sheki-Gah-Oguz expedition Nasib Mukhtarov told Trend. The villagers found an unusual stone and immediately informed the expedition head. Studies showed that it was a sarcophagus and the remains of two buried people were found. Archaeologists said the zone dates back to the mid-first millennium. 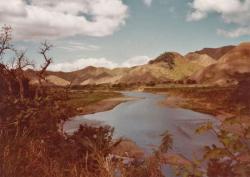 –Voua -  Five key heritage organizations in the Pacific have come together to train local villagers to map and record archaeological sites in Fiji. The village sites are in danger of being destroyed due to development, farming, and mining. The Pacific Islands Museums Association (PIMA), ICOMOS Pasifika, Fiji Museum, Institute of Archaeology of New Caledonia (part of the Museum of New Caledonia) and the Department of National Heritage, Culture & Arts (Fiji) have come together to collectively undertake this training, which is taking place in May, at the village of Voua, Nadroga Province on the island of Viti Levu.