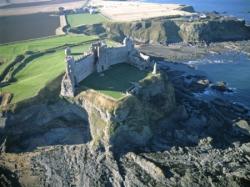 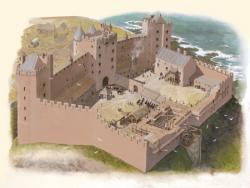 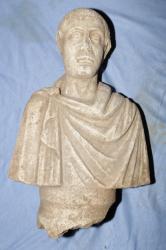 - A marble bust of Roman Emperor Gordian III (r. 238-244 AD) has been seized by the Bulgarian policefrom a trafficker of antiques, and has been transferred to Bulgaria’s National Museum of History in Sofia, the Museum has announced in a media statement. In its statement, the National Museum of History in Sofia reminds that Roman Emperor Marcus Antonius Gordianus was the grandson of Emperor Gordian I. He was born in 225, and became Emperor of the Roman Empire in 238 AD at the age of 13, reigning in agreement with the Senate in Rome. Under Gordian III, the Roman Empire waged war on the Goths along the Lower Danube, i.e. in today’sBulgaria and Romania, in 238-239 AD, and achieved a victory against the Franks on the Rhein. In 241 AD, Emperor Gordian III went through the province of Thrace to reach Antioch in Syria where his forces successfully fought against the Persians. Also in 241, he married Furia Sabinia Tranquillina, daughter of the praetorian prefect, Timesitheus. Emperor Gordian III died in Mesopotamia in 244 AD. It notes also that the cause of Gordian III’s death remains unclear, with hypotheses ranging from a murder during a mutiny in the Roman forces to a battle wound, to a plot involving his successor, Emperor Philip I the Arab.