Wiracochapampa - Archaeologists in northern Peru have uncovered human remains buried inside the walls of a pre-Inca archaeological site, challenging previously held theories about the complex, according to daily La Republica. The remains of three people were found within stone walls of the Wiracochapampa site, which is located some 3,000 meters above sea level in the highlands of the northern La Libertad region.Archaeologists believe the site was an administrative center for the Wari culture, which settled over much of current Peru’s south-central coast and highlands from 500 AD to 1000 AD, prior to the advances of the Inca Empire. However, the archaeologist responsible for the dig, Victor Tufinio, said that the burying of human remains inside walls in ancient Peru was in fact typical of the Huamachuco culture, which flourished in the northern highlands around the same time as the Wari. “For us it was a surprise to find [the remains] at Wiracochapampa, as this site has traditionally been considered typical of the Wari culture,” said Tufinio. Tufinio said that it was likely the individuals died and were buried in a separate place, and then the bones were relocated to within the building walls.   One of the skulls still had metal pieces adhered to it, which could possibly ear spools. “The idea to include human bones in the walls indicates a clear intention to make the architecture sacred. That is to say, to create a link between the worshipped ancestors and the living who were going to live in the place,” he said. This is the fifth burial group found in the complex, although the most unique. According to the head of the Ministry of Culture’s investigation unit for this project, Cristian Vizconde, previous bones were found among rubble whereas this recent find had obviously been placed in a niche and covered up. 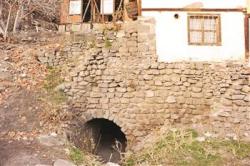 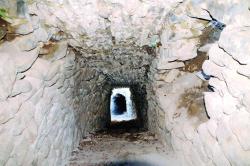 Niksar Castle - Two secret tunnels have been discovered under Turkey’s second largest castle, in the northern province of Tokat’s Niksar district. The tunnels date back to the Roman period, and it has been claimed that one of the tunnels was used by a Roman king’s daughters in order to go to the bath in the Çanakçi stream area.  The excavations are being carried out by the municipality in the 6.2 kilometer-wide Niksar Castle, which is Turkey’s second largest castle after Diyarbakır Castle. The tunnels are located in the southern and northern facades of the castle and are approximately 100 meters long. Niksar Mayor Duran Yadigar, who has inspected both tunnels, said works in the castle unearthed the entrance of the tunnels. “One tunnel goes to the stream below the castle. We have also excavated a parallel tunnel used by the king’s daughters. When the works are completed, the two tunnels in the south and north of the Niksar Castle will be completely unearthed. The artistic features of the castle will be revealed,” Yadigar said.
http://www.hurriyetdailynews.com/bath-tunnels-of-kings-daughters-discovered-under-turkeys-second-largest-castle.aspx?pageID=238&nID=60735&NewsCatID=375

Paola Gonzalez, vice-president of the College of Archaeologists of Chile, a non-profit dedicated to protecting the country’s landmarks and leading the campaign “No al Dakar”, told FRANCE 24 that over 250 sites classified as historic monuments have been damaged by the international race in the past six years.Contacted by FRANCE 24, ASO rejected claims by the Chilean archaeologists' group that the race is responsible for damaging precious historic sites.

Tel Rumeida - The Culture Ministry and Civil Administration are financing the construction of an archaeological park on the ancient site of Tel Rumeida, near the tiny Jewish settlement in Hebron. Since the 1990s no significant excavation has been carried out in Tel Rumeida, the city’s historic core. In recent months the Jewish settlers approached several senior archaeologists and urged them to renew the digs.  The six-dunam excavation site is owned by Jews, but until the second intifada the Palestinian family of Abu Haikal, who was a protected tenant, farmed the lands in the area. However, following the deterioration in the security situation, the family was banned from farming the land. The Hebron settlers see the site as the burial ground of Yishai, King David’s father, and Ruth the Moabite, King David’s great grandmother. Past excavations at the site revealed fortifications and findings dated to the early Bronze Age, some 3,500 years B.C.E. and up to the Ottoman rule. Findings from biblical times were also discovered. 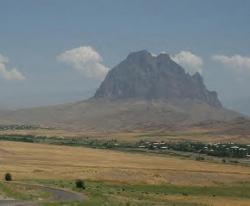 Shakhtakhti - An open-air museum is planned to be set up in Nakhchivan, one of the ancient cities of Azerbaijan. The museum is projected to be in the territory of the ancient archaeological complex, Shakhtakhti.Agayev said that it was thought that the age of the ancient Shakhtakhti was about 3500-4000 years, and its appearance dates back to the end of the 2nd millennium and the beginning of the 1st millennium BC. Researches which were conducted this year showed that the age of this ancient monument is 6500-7000 years. Moreover, there are burials of the Bronze Age and the Early Iron Age, and medieval monuments dating back to 9th-10th centuries in 2-3 kilometers east of Shakhtakhti.The head of the archaeological expedition especially noted that this unique archaeological site was the only place where Eneolithic people lived. "It is interesting that the houses, in which people lived in ancient times in this place, are not destroyed until today," Agayev said. "They built new houses over the houses of their ancestors or near them. From this point of view, it is able to see houses belonging to all periods there. So it would be better to make this ancient monument an open-air museum.