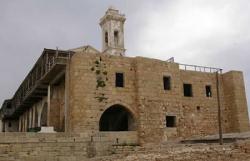 Giglio - Costa Concordia captain Francesco Schettino wasn't the only seaman who drove his ship into the rocks off the Tuscan island of Giglio, ripping a huge gash in the hull that sent the 114,500-ton vessel tumbling onto its side. Before him, other ship commanders had a close encounter with the cursed reefs that jut out off the island's coast. In fact, more than a dozen ancient ships rest in Giglio's treacherous waters. One of them, a third-century Roman cargo vessel, lies about 1,000 feet south of the Concordia's bow at a depth of 130 feet. Loaded with fish sauce-filled jars, the late Roman imperial ship was on the same route followed by Schettino on Jan. 13, when it struck the infamous stretch of rock known as Le Scole. The ship had probably left the northern African coast some 1,700 years ago and was headed north when the collision occurred. "It was the same dynamics seen in the Concordia's accident. We do not know why the ancient ship sailed so close to the island. Possibly it was caught by a storm. I doubt the Romans were performing any near shore 'salute' maneuver," underwater archaeologist Enrico Ciabatti told. With the hull dramatically lacerated, the Roman vessel briefly continued to sail and was then pulled to its resting place by the current, just in front of Giglio Porto's red lighthouse. As it sank, the ship broke in two. "The harbor, which already existed at those times, was easily reachable. The wreck lies just 160 feet offshore Giglio Porto," Ciabatti said. With his colleague Paola Rendini, Ciabatti excavated part of the ship in the late 1980s, establishing that the vessel was 49 feet long and 16 feet wide. One ancient vessel, known as "Le Scole wreck" lies at a depth of 160 feet, not far from the vicious piece of rock now embedded in the Concordia's hull. Two other Roman wrecks rest near Punta del Lazzaretto, not too far from the Concordia's stern. Other ancient wrecks lie at the northern end of the island, near Punta del Fenaio, Punta del Morto, Cala Calbugina and Secca della Croce, where sharp reefs line the shore. While the remains of a so-called "galleon" lie at a depth of 98 feet at Punta Capel Rosso, the southern tip of the island, the oldest deep-water wreck in history can be found in the waters of the Campese Bay, on the northwest side of the island. Found in 1961 at a depth of 180 feet near a reef, the vessel, possibly of Greek origins, was excavated in the late 1980s. Its mixed cargo consisted of jars of East Greek, Phoenician and Etruscan goods, pottery, weights, lamps and arrowheads that dated the wreck to about 600 B.C. After a long voyage from the Eastern Mediterranean 2,600 years ago, the ship ran into an off-shore reef known as Secca i Pignocchi. 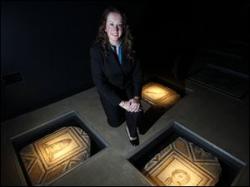 – Zeugma - A dozen mosaics from ancient Turkey that recently received a new, dramatic home at Bowling Green State University may be looted bounty. Dating to the second or third century, the mosaics were restored and installed in the floor of the Wolfe Center for the Arts, which opened in December. They’re lit and covered with thick protective glass. Made with tiny pieces of chiseled stone and glass to depict birds and faces, the mosaics at first were believed to have been from authorized excavations overseen by Princeton University in Antioch, Turkey, that were carefully photographed, named, and catalogued. Eleven measure 12 inches by 12 inches, but one is 2 feet by 3 feet. They were purchased for $35,000 in 1965 at the suggestion of former art faculty member Hugh Broadley with the blessing of then-BGSU president William Jerome. Both men are deceased. Letters settling details for the purchase 47 years ago indicate they were from Antioch, Turkey. Ms. Langin-Hooper contacted an expert in Antioch mosaics, Rebecca Molholt of Brown University, and the two combed through images of more than 300 mosaics that were removed from homes in that city. Ms. Malholt questioned whether the mosaics may have originated in Zeugma, another Turkish town, where unauthorized excavations occurred in the 1960s. She compared images of the BGSU mosaics to photos from homes in Zeugma and found a potential match with floor panels from a home that had similar geometric patterns, sizes, and colors. Color, size, and pattern were selected by Roman homeowners, Ms. Langin-Hooper said. Romans ruled the Mediterranean at the time, and Roman administrators and business people oversaw matters in many countries. The Zeugma site has since been flooded to become a reservoir, but ancient artifacts were removed and are in a nearby museum, she said.

ROYAUME UNI – Cawston - Archaeologists digging in Cawston have described the discovery of the remains of two cremated bodies dating back some 2,000 years as a major find. Land on Calvestone Road set for a development of 129 houses by Redrow Homes is currently the subject of an archaeological dig due to its historical significance. Until recently the dig, running until March, had uncovered only rocks and slate objects believed to date back 4,000 years to the Neolithic Age, along with evidence of ridge and furrow land used in ancient farming. But this week saw the uncovering of bone fragments and other evidence of two cremation burials believed to date from the Iron Age. The bodies were not intact as they were laying in sand which does not preserve bone well, but project officer for Cotswold Archaeology, Vasileios Tsamis, said it was by far the most important discovery made by his team. Mr Tsamis said he and his colleagues believed the site was likely to have once been an ancient farmstead.