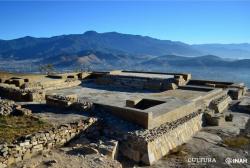 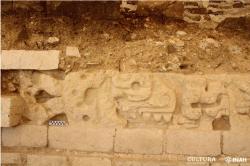 Atzompa - Archeologists from Mexico’s National Institute of Anthropology and History have interpreted the glyphs of an ancient frieze excavated in Oaxaca that offers significant insight into the cultural norms of the Zapotec and Mixtec cultures. The limestone and stucco frieze was discovered in 2018 in the Atzompa zone of the Monte Albán archaeological region, a Unesco World Heritage Site built in the sixth century BCE that was inhabited in succession by the Olmec, Zapotec and Mixtec people before the Spanish conquest.The glyphs primarily allude to themes related to superstition and social hierarchies, including figurines of monkeys, jaguars and supernatural protective figures, and representations of the quincunx, a geometric design that alludes to the four directions and to the centre of the universe, and the quetzal bird, a Mayan and Aztec symbol of nobility or wealth.The 15m-long frieze, which is dated between 650CE and 850CE, is thought to have originally measured around 30m in length. It adorned the main façade of a structure—most likely a residence—known as Casa del Sur (House of the South), where it would have been visible to a bustling ceremonial plaza, communicating political or economic eminence. Archeologists believe the frieze was partially destroyed by Zapotecs who had vacated the space, based on the discovery of funerary urn fragments at the site. The effigies are believed to have been sacrificial offerings that were perhaps made with the intention of demystifying the space . 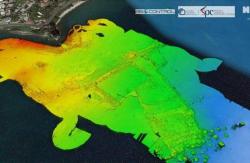 Baia - Baia was a fashionable Roman resort for centuries in antiquity, visited by many notable Roman figures such as Gnaeus Pompeius Magnus (also known as Pompey the Great) and Julius Caesar. Baiae was noted by Sextus Propertius, a poet of the Augustan age during the 1st century BC, who wrote that the city was a “vortex of luxury” and a “harbour of vice”. Due to the position of the city on the Cumaean Peninsula in the Phlegraean Fields (an active and volatile volcanic region which the Romans believed was the home of the Roman god of fire, Vulcan), local volcanic bradyseismic activity raised and lowered the geology on the peninsula, leading to the lower parts of the city being submerged beneath the sea. As part of a demonstration within the Baia Archaeological Park, NORBIT Subsea and 2BControl used high frequency acoustic mapping, combined with surface imaging that has centimetric resolution and multibeam sonar, revealing a detailed reconstruction of submerged objects and archaeological features on the seabed. A 10 cm DTM is the first result of the high data density and resolution acquired, a primary record of the current state of the submerged archaeological features that will allow archaeologists to start to refine the overall mapping and measurements of the submerged remains at Baia. 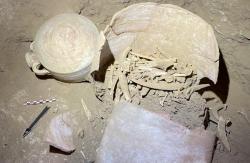 Sikait - Archaeologists have been excavating the Roman site of Sikait in the Eastern Desert of Egypt. The area was known in Antiquity as “Mons Smaragdus”, given that it was the only place within the Roman Empire where emeralds could be found. The study suggests that the mines remained active under the control of the Blemmyes nomadic tribes as early as the 4th century AD and focuses on how emeralds were extracted and commercialised in Antiquity, in addition to the documented funerary rites, the social organisation of the inhabitants and workers, the typology of the mines as well as details on extraction methods.The excavations correspond to the late Roman period from the 4th to the 6th centuries AD, and reveals that some of the buildings were occupied or even built by the Blemmyes tribes living in the area at the end of the 4th century AD. The work conducted at the main temple of Sikait has allowed archaeologists to document two perfectly preserved ritual sanctuaries, one of which contained the last votive offerings to have been made intact between the 4th and 5th centuries AD. Researchers also excavated a building complex known as the Tripartite Building, which was probably used both as a residence and as a warehouse for the emeralds extracted from the mines. For the first time, archaeologists were able to conduct a detailed topographic study of two primary mining sites, one of them consisting of hundreds of galleries and with a depth of more than 40 metres. The survey also allowed them to determine how work was structured inside the mines: large-scale mining only began once the most productive veins were identified. 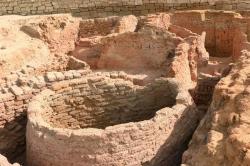 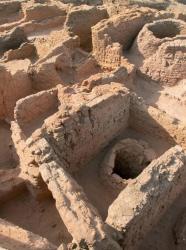 Kom Ombo - Archaeologists have found a 4,000 year-old complex of 20 grain silos at the Kom Ombo Temple. The silos, believed to have been used between 2180 and 2050BC during the First Intermediate Period of Egyptian history. The antiquities ministry said it showcased the prominence of Kom Ombo as an agricultural and commercial hotspot during the First Intermediate Period, a time of political instability that divides the old and middle kingdoms of ancient Egypt. The excavation of so many grain silos at the site has led the mission to believe that a large community lived around the temple back when it was operational. Many of the excavated containers included almost intact vaults, stairs and storage rooms. Many of the silos were almost two metres tall and a few were taller.

Maligaimedu - A broken piece of bracelet made of gold and copper, a brick structure, and Chinese potsherds were unearthed during the second phase of excavation at the southern part of Maligaimedu near Gangaikondacholapuram in Ariyalur district. A broken bracelet, weighing 7.920 grams and 4mm thick, and made of copper and gold was the first remnant excavated from the site. Objects made of gold and other metals combined indicate that there was a royal palace here."  He added that a brick structure measuring 80 to 100 cm, which was discovered, suggests that it might have been the base for the palace. The only Chola palace in Tamil Nadu is confirmed to be here. Archaeological excavations have been going in various stages and many remnants have been found.

COREE - Unha-ri - Kungsan archaeological remains belonging to the Neolithic era were unearthed in Unha-ri, Onchon County, Nampho City of the Democratic People's Republic of Korea. Found in the remains were five house sites and many relics and they are largely divided into two periods according to the characteristics of cultural arrays. Three circular house sites belong to the former term of the Neolithic era and the two rectangular house sites to its middle term. Stove sites are seen in the middle of the house sites. Various kinds of earthenware were discovered, including jars, pots and bowls. Besides, there are stone implements including hoe, axe, millstones and plane stone, bone tools such as awl, sickle, knife and needle, and beads. The Kungsan archaeological remains are typical ones of the Neolithic era of Korea.