Maharashtra - The discovery of rock carvings believed to be tens of thousands of years old in India's the western state of Maharashtra has greatly excited archaeologists who believe they hold clues to a previously unknown civilisation. The rock carvings – known as petroglyphs – have been discovered atop hillocks in the Konkan region of western Maharashtra. Mostly discovered in the Ratnagiri and Rajapur areas. A majority of the images etched on the rocky, flat hilltops remained unnoticed for thousands of years. They are the material proof that the Indian civilization is over 10,000 years old. These prehistoric engravings found along more than 250 kilometres of the Konkan coast represent human figures, animals and geometric designs, for example, elephants, rhinos, deer, pigs, cattle, rabbits, buffaloes, tigers, wild boars, monkeys, birds, sharks, rays, turtles, alligators, abstract prints, the mother goddess, etc.  The figures are found only on windswept hills that flood during monsoons, places where there would be no refuge. The carvers would have had to come to these places on purpose to make the drawings. Researchers began digging a cave about 30 kilometres away and found microliths like those in the hills, as well as other larger Stone tools. “We hope to find more refuge sites near the petroglyphs,” said Garge.

Posedarje - Zadarski List writes that numerous ports from the Roman Empire have long been located and partly explored on the northern Dalmatian Coast. They are distributed along the main maritime route of the time, which, among other things, includes navigation on the Vir Sea, Zadar and Pašman Channels. But Mato Ilkić and Mate Parica from the Department of Archeology at the University of Zadar recently discovered a much older port. It is located on a hitherto unknown route that was very navigable in the period before the Roman conquests. The archeological remains of this port lay in the western part of the Novigrad Sea, opposite Posedarje, 22 kilometers northeast of Zadar. It was built by the Liburnians, and, for now, it is their only port for which the exact location is known."Examining aerial photographs, we noticed that along the west coast of the Novigrad Sea not far from Posedarje, and directly next to the huge prehistoric hillfort Budim, there are some dark rectilinear outlines. We went there to dive and on the seabed, we immediately spotted a structure pointing to an ancient harbor whose archaeological remains are approximately 3 meters deep. For now, it is the oldest port in Liburnia, and perhaps in the entire Croatian part of the Adriatic. This is evidenced by the radiocarbon analysis of wood from the port structure, a sample of which we sent to Miami for testing. We recently got a result from Florida that made us quite happy, because it indicates an older time than we had assumed. Namely, the so-called C 14 date indicates that the port was built between 371 and 199 BC. Thus, it belongs to the period of the late classical phase and early Hellenism," Ilkić reveals. The port is quite large and is not layered with later interventions. It is built partly of large stone blocks and wooden beams. This very demanding and complex construction undertaking at the time could only be carried out by the well-organized and economically very powerful Liburnian community, which was obviously oriented towards maritime and trade, directly or indirectly with very remote overseas regions. This included North Africa, that is, Carthage, Numidia, and Hellenistic Egypt, from which a great deal of money reached Liburnia through Japodia. It is an extremely important and complex archeological site, which is indicated by the finds of very early amphorae, Liburnian pottery, but also those painted that originated in Italy. In fact, the port near Buda sheds a whole new light on the maritime role of Liburnia. Jezreel  - In the biblical books of Kings I and II, the winery of Jezreel is the setting of some of the most gruesome episodes of greed, violence, sin and divine retribution. A group of researchers have been able to identify elements that confirm that the excavation carried out in the area in Northern Israel is indeed compatible with the biblical narrative, as it emerged in a paper published in the latest issue of the Journal of Eastern Mediterranean Archaeology and Heritage Studies. The winery was first discovered in 2013 and exposed in several seasons of excavations in the following years. It presents several installations carved into the bedrock.“Naboth the Jezreelite owned a vineyard in Jezreel, adjoining the palace of King Ahab of Samaria. Ahab said to Naboth, ‘Give me your vineyard, so that I may have it as a vegetable garden, since it is right next to my palace. I will give you a better vineyard in exchange; or, if you prefer, I will pay you the price in money.’ But Naboth replied, ‘The LORD forbid that I should give up to you what I have inherited from my fathers!’,” reads I King 1:4 (translation Sefaria.org). As explained to The Jerusalem Post by the lead author of the study Dr. Norma Franklin of the Zinman Institute of Archaeology at the University of Haifa, it is currently impossible to date with certainty the remains of the ancient winery that was uncovered not far from Jezreel, a settlement that has been continuously inhabited for thousands of years. However, different factors support the idea that whether or not a man called Naboth, whoever authored the story must have been aware of the existence of that winery, the only one in the compatible area. “With these kinds of structures, we can assess when was the last time that they were used, in this case quite late, around the 1st century CE, but not when they were built,” Franklin said. “The events which are described in the Bible are usually considered to take place around the 9th century BCE. It is possible that the winery already existed back then, but it hard to say. However, some scholars believe that the story was actually written down later, around the 6th century CE, when we can state for certain that the winery was already operating. There is no way to know whether what is narrated in the Bible happened exactly as related, but the narrative must have existed.” In order to date the findings, the researchers compared the typology of the installations with similar ones in the region from a variety of periods. 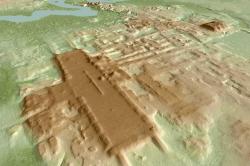 - Aguada Fénix  - The oldest and largest ancient maya monument has been discovered at the previously unknown site of aguada fénix near tabasco, mexico. following a guatemalan megalopolis found in 2018, it highlights another recent finding that challenges the traditional understanding of how the civilizations developed. archaeologists had previously believed the great mayan cities grew gradually from small villages during the middle preclassic period (1,000 – 350 BC), but the introduction of LiDAR technology has unearthed new theories. in a paper published in the journal nature, the maya discovery at aguada fénix, mexico was found after an extensive LiDAR survey and excavation. the airborne laser technology has been used since 2017 and has helped reveal huge findings that were sitting unnoticed in plain sight for thousands of years. the remote-sensing technique ‘sees’ structures beneath dense tree canopies and soil by generating 3D image maps. built from clay and earth, the massive monument measures 1,400m in length, 400m wide and between 10-15m in height – its total volume exceeds ancient egypt’s great pyramid of giza. the rectangular platform has nine causeways that extend out and was believed to be topped by a series of smaller structures. through radiocarbon dating, the monument is said to have been constructed between 1,000 and 800 BC and, at 3,000 years old, is the oldest mayan building discovered so far. 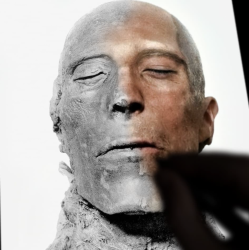