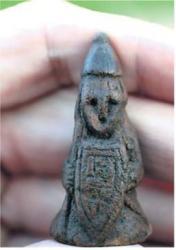 Siglunes - A chess piece cut out of herringbone was among the objects found in an archeology expedition at Siglunes by Siglufjordur. According Fréttabladid team leader Birna Lárusdóttir thinks that most likely the piece was cut out in Iceland in the 12th or 13th century. The group found remains of camps for fishermen in the area, which is now in danger because of waves breaking down the coast. Siglunes is the farm of Thormódur rammi, the first settler in Siglufjördur according to Landnáma, the Book of Settlements in Iceland. It is clear that the habitants had a lot to do. Besides the chess piece the team found a comb made of bone and dice for games. In addition some whale and fish bones were discovered, giving and indication of what was caught and eaten. The chess piece was wearing a helmet and weapons. Lárusdóttir said that she hopes that research will continue in Siglunes in the future.

- ROYAUME UNI – England - The School of Archaeology at the University of Oxford is to compile a map of prehistoric England for the first time. The 'Portal to the Past’ project will allow people to look online to discover the history of their own area over 3,500 years, from the Bronze Age in 1500BC to the Domesday Book in 1086. Professor Chris Gosden, who is leading the project, said local history is one of the most popular internet searches after family ancestors. However at the moment the parish records will only show up to around 1,000 years ago. The five year project, funded by £1.8 million from the European Research Council, will bring together all the available data into a digital archive to create maps and as much information as possible about prehistoric England.  Prof Gosden said most modern day parishes are based on how the land was set out in Roman estates or even before then by peasant communities. He said there could be metal works, ancient field systems, peasant huts, a Roman villa or even human bodies under modern buildings. Most of the data will be from English Heritage aerial photographs showing ancient sites of interest. There is also £100 million spent every year by developers carrying out archaeological research on sites before building work begins and private research by museums and individuals. Material will also be drawn from county archives, databases of ancient coins, and the Portable Antiquity Scheme (which records the archaeological finds made by metal detectors). Oxford researchers will work with the British Museum, the Archaeology Data Service and local history experts with a good knowledge of the period.

- SRI LANKA – Galle - Galle Heritage Foundation and the Archeological Unit of the Galle city had discovered a very old hitherto unseen bunker inside the famous Galle Dutch Fort. The bunker situated under the pedestal of the clock tower had remained closed for centuries. The archaeologists believe it was used as a prison cell or an armory. The bunker has two cells and the walls are made of coral, lime and clay, says the head of the exploration team. The team has observed a crack on one side of the bunker. There are 14 other bunkers in Galle Dutch Fort and they were renovated during the British period. However the newly discovered bunker has remained intact, the archaeologists say. They expect to excavate the ground of the bunker that is filled with soil to the height of about one to two feet. The Galle Dutch Fort has been inscribed as a cultural heritage UNESCO World Heritage Site under criteria IV.

- USA – Georgie - Along the Savannah River in Chatham County are the remains of a large, complex, former rice plantation. Archaeologists may be able to learn much about the life of Georgia’s early inhabitants by studying this site, but only if they hurry. Site 9CH685, as it is known, is threatened by shoreline and tidal creek erosion – the result of the nearby river moving closer to the site every day. Site 9CH685 is just one of 42 archaeological sites on Georgia’s back barrier islands recently studied by a team from the Skidaway Institute of Oceanography and the Georgia Department of Natural Resources (DNR) Historic Preservation Division. The sites include a range of types, from Native American shell middens to colonial cemeteries and Civil War artillery batteries. The team spent two years studying the erosion and accretion patterns near each site to assist DNR in prioritizing the sites that require the most immediate attention. Funding for the project came from the Georgia Coastal Zone Management Program. 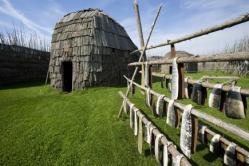 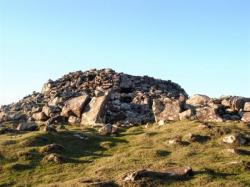 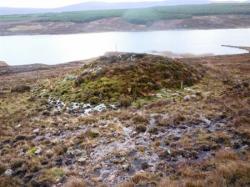 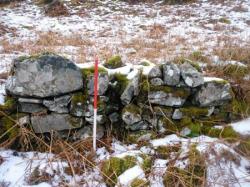 Assynt - The remote community of Assynt, in North West Sutherland, is embarking on an ambitious project in the hope of revealing the secrets of people who lived there in the past. The project will run events exploring ‘Life and Death in Assynt’s Past’, and will carry out archaeological digs at three sites: a 6000-year old burial mound, a 2000-year old broch and a longhouse from 200 years ago. Assynt is incredibly fortunate in the amount and quality of its surviving archaeology: one of the largest concentrations of Neolithic cairns in the whole of the UK around Ledmore and Borralan,and a beautiful coastline dotted with nine or more Iron Age farmsteads and defensive sites, of which Clachtoll Broch is not only the grandest but probably the most important such site between the North Coast and Skye. Excavation and consolidation work at the Iron Age broch at Clachtoll will begin on Monday, 8th August and will run for three weeks. Further excavations will be at a Neolithic chambered cairn at Loch Borralan, Ledmore (29 August until 17 September), and a pre-Clearance longhouse in Glenleraig (26 September until 8 October). 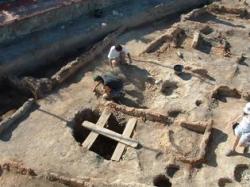 Pintia - In early July, the former Western Heights High School student joined ArchaeoSpain, an educational and archaeological organisation based in Connecticut, United States and Madrid. According to ArchaeoSpain director Mike Elkin, Mr Cox and his team helped uncover both an Iron Age/Celtic necropolis and defensive walls dating back to the 5th century BCE at the settlement of Pintia in Valladolid, central Spain. Mr Elkin said the team of archaeologists and archaeology students from the United States, Spain, Australia, Singapore and New Zealand excavated one tomb belonging to the Vaccean culture and also excavated a moat around recently discovered Roman city walls. "After the Romans conquered the city and had no use for the moat, they filled it in and used it as a trash site. In the past few years the organisation has uncovered more than 200 burial sites at Pintia. Research in the area is helping investigators understand better the social organisation of the pre-Roman people of the region. 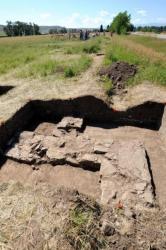 Absarokee - A small, blue glass bottle. A shard of decorated pottery. The cylinder of a cap-and-ball revolver. A tiny ceramic doll’s arm. All are clues to the Crow way of life, lived out in the shadow of the Beartooth Mountains three miles south of Absarokee. For nine years, from 1875 to 1884, the tribe set down roots even as it grappled with a new way of life and a shrinking homeland. Shifting from a nomadic existence to a sedentary, agricultural one, tribal members battled disease and wrestled with the loss of their main food source, the buffalo. Now, thanks to an archaeological dig, a picture is emerging of what life looked like in the decade the Crow lived in the Stillwater Valley.