Chersonesus - The Kremlin said that Putin ordered the area of the ancient Greek city of Chersonesus to be placed under federal oversight. The site is located just outside Sevastopol, the main port city in Crimea, the Black Sea Peninsula annexed by Russia from Ukraine last year. Excavations in Chersonesus, which is listed as a UNESCO World Heritage Site, began in 1827. The city was founded by Greek colonists about 2,500 years ago, and later became part of the Byzantine Empire. The Kievan Rus ruler, Prince Vladimir, was baptized there in 988 before bringing Christianity to the region.

CHINE - Zhengkou - Archeologists have started excavating tombs believed to be more than 1,200 years old in north China's Hebei Province after they were exposed by a storm and a villager discovered them. Zhang Jinqiang, resident in Zhengkou Village of Huanghua City, noticed black bricks in a drainage canal to the east of the village after heavy rain washed away their covering of earth last week. The bricks were clearly different to those used nowadays in the area. "I thought there might be something under the bricks," said Zhang, who took a shovel and dug nearby, finding a green-glazed bowl and a broken jar. Zhang Baogang, curator of Huanghua's museum, told Xinhua that archaeologists have already found two small burial chambers and are expecting to find a whole cluster of tombs that should provide useful evidence of historic local customs. "The bricks, bowl and jar indicate the tombs may date back to the Tang Dynasty (618 A.D.- 907 A.D.)," said Zhang. Provincial history authorities said large-scale excavation of the site will start in early August. 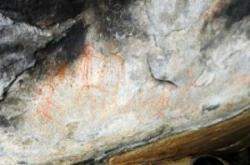 – Chhattisgarh - Researchers have confirmed a mysterious finding in India. The discovery of the 10.000 year old cave paintings. The paintings are done in natural colours that have hardly faded despite the years. 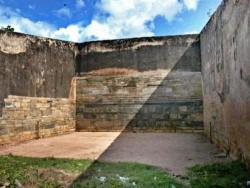 - Srirangapatna Fort - A courtyard identified as Tipu Sultan’s rocket launching pad in the Srirangapatna Fort looks set to be the new focus of conservation efforts of the State Archaeology Department. The place is enclosed by high walls and ensconced within the Srirangapatna Fort. Historians say it served as the rocket court or launch pad from where Hyder Ali and his son Tipu Sultan would fire the missiles in their battles against the British. Historians aver that Hyder Ali, who ruled the Mysore kingdom from 1761-1782 and later Tipu Sultan, whose regime lasted till 1799, effectively used what is reckoned to be a prototype rocket against the British. A few paintings at Dariya Daulat Bagh (Tipu’s Summer Palace in Srirangapatna) depict such scenes. A specimen of it is preserved in the Royal Artillery Museum, Woolwich, England. 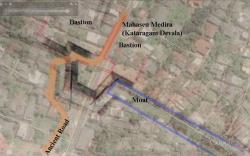 Kotte - The Kotte Heritage Foundation has alleged that the Department of Archeology is sanctioning the destruction of archeological sites falling under the Ancient Kingdom of Kotte. Speaking to The Nation, President of the Foundation, Prasad Fonseka accused the department of approving projects that have the potential to destroy valuable archeological sites around Kotte. Fonseka, who is a researcher, said the Archeology Department’s attitude had already resulted in the destruction of a section of Kotte Kingdom’s inner-city gate. According to Fonseka, the inner-city gate was never gazetted by the Archeology Department though in 2012, its officers had inspected the site where it is said to be located. Although the physical evidence at the site was clear and it was marked on the map of the Kotte fortress drawn by the Dutch, it was not declared as a monument, he claimed. According to Fonseka, the inner-city moat, built by King Parakramabahu VI has existed for 600 years.
http://nation.lk/online/2015/08/01/archeology-dept-sanctions-destruction-of-historical-sites/

St Ivan island - Archaeologists have discovered a tomb, estimated to date from the fifth century CE, on St Ivan island off the coast of Bulgaria’s Black Sea town of Sozopol, it was announced on July 31 2015. The discovery was made five years after the discovery of human remains that have been claimed to be relics of John the Baptist, a claim that has been made a centrepiece of a campaign to attract religious tourists to Sozopol, a town whose origins date back to the Bronze Age and whose Christian ecclesiastical history dates back to at least the fifth century. The tomb was found by a team of archaeologists led by Professor Kazimir Popkonstontinov who believe that it is the burial site of the first two abbots of the monastery that was named for John the Baptist. The tomb is of a size unusually large size and shape for the fifth century. The date is the same estimated for the basilica where the purported fragments of the remains of John the Baptist – part of his hand bones – were found. According to archaeologists, the tomb was used for two people, perhaps one the founder of the monastery and the other someone who had contributed greatly to the monastery. Also discovered was the skeleton of a sacrifical animal. After the discovery of the tomb, Popkonstantinov has begun looking for a connection to the purported relics of John the Baptist, which were found just metres from the tomb discovered now.The remains claimed as those of John were found in small sandstone box five years ago, with an inscription on the box, “God, save your servant Thomas. To St John. June 24″. Popkonstantinov, speaking after the July 2015 discovery of the tomb, said, “is one of those buried there Thomas? Because Thomas was not some monk among many, who were just used as couriers, but an important personality, on whom the Constantinople patriarch relied, to bring these relics, precious to every Christian, to be placed here”.

Bailys Hill - From August 1-11, the National Trust will be running an exciting excavation on the iconic cliffs of the Seven Sisters as part of the Seven Sisters Archaeology Project. The project has been set up to manage the impact of the dramatic rates of coastal erosion here, which are putting archaeological sites - and the stories they can tell - at risk of destruction. The excavation on Bailys Hill, near Birling Gap, will see professional archaeologists working alongside National Trust volunteers to unlock some of the secrets of this incredible landscape, investigating features which date back to the Bronze Age. The dig will target burial mounds, hut platforms and traces of prehistoric field systems. Tom Dommett, regional archaeologist for the National Trust West Sussex and South Downs, said: “With the cliffs retreating by an average of half a metre every year, it’s incredibly important we act now to investigate the archaeological sites along this coast and understand their significance. “The excavation on Bailys Hill could give us an insight into life, death and ritual for the people who were on this ridge more than 4,000 years ago.